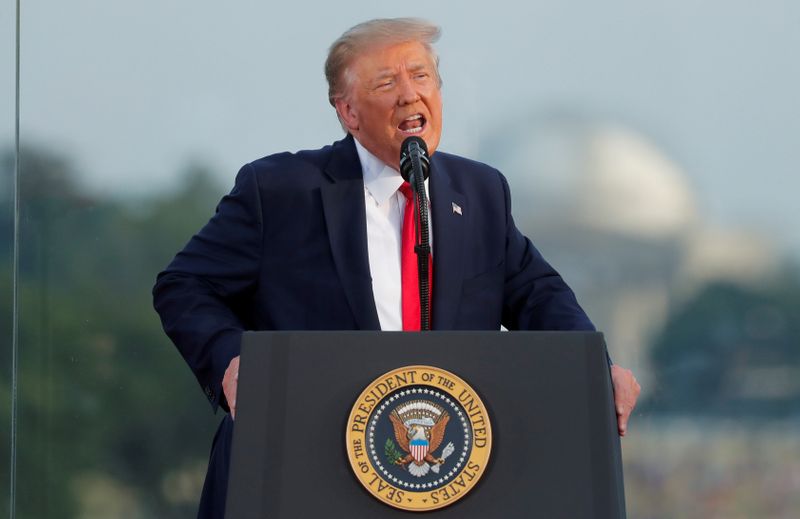 WASHINGTON (Reuters) – The U.S. Supreme Court is due on Thursday to rule on President Donald Trump’s bid to block his financial records from being obtained by Democratic-led House of Representatives committees and a New York prosecutor.

The court announced on Wednesday that it will issue on Thursday the final rulings of its current term, which began last October. They include three cases focused on Trump’s efforts to block subpoenas issued to third parties – not the Republican president himself – to hand over his financial records, which he has fought hard to keep secret through his entire presidency.

The third involves subpoenas issued to Mazars for financial records including nearly a decade of Trump’s tax returns to be turned over to a grand jury in New York City as part of a criminal investigation by the office of Manhattan District Attorney Cyrus Vance, a Democrat.

It is part of a criminal investigation that began in 2018 into Trump and the Trump Organization spurred by disclosures of hush payments made to two women who said they had past sexual relationships with him. Those women are pornographic film actress Stormy Daniels and former Playboy model Karen McDougal. Trump and his aides have denied the relationships.

Trump, unlike other recent presidents, has refused to release his tax returns and other financial records that could provide details on his wealth and the activities of his family real-estate company, the Trump Organization.

One other ruling is due on Thursday. It involves a case in which a Native American tribe member is challenging his rape conviction by arguing that the location where the crime was committed should have been considered a tribal reservation outside the reach of state criminal law. The ruling could lead to a huge swathe of Oklahoma being recognized as a tribal reservation.