Home
Stocks
FA Center: Vanguard opposes this Wall Street tax its founder John Bogle favored — and that says a lot about mutual funds today
Prev Article Next Article
This post was originally published on this site 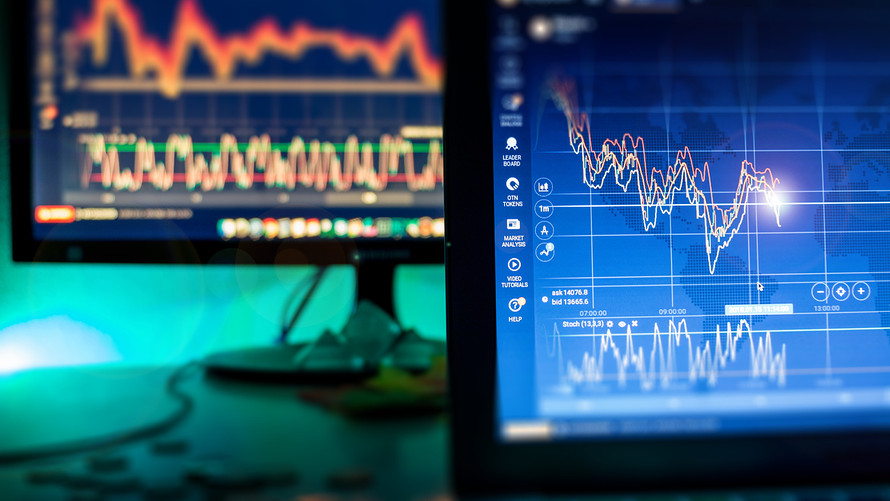 Last January, MarketWatch published an article I wrote about Vanguard Group’s research on a financial transaction tax (FTT). The U.S. mutual fund giant argued — in solidarity with a number of financial industry companies and lobbying organizations — that a small tax on Wall Street financial transactions “would harm everyday savers.” Vanguard’s piece claimed to quantify “the hardships imposed on American families.”

This research, though not made publicly available by Vanguard, was distributed, Vanguard tells me, by its Government Relations team “to inform discussions and advocate for investors.” The research, entitled “Main Street investors at risk,” is still available online (as of this writing) at a site maintained by the National Association of Plan Advisors, an industry lobbying organization. In other words, the Vanguard research was available through its Government Relations arm to selected industry lobbying organizations, but not to the general public or to Vanguard fund investors.

In this research document, Vanguard claimed that the effect of the FTT on an investment of $10,000 would be that the investor would lose $5,989 after 20 years. In my article, I pointed out that Vanguard got this result by assuming the investment, which was assumed to be in an actively managed stock fund, would lose a hefty 1.09% per year because of the FTT.

“ Vanguard revised its estimate of the annual cost of the tax to the average investor downward by a factor of 15. ”

After my article was published, Vanguard went back to the drawing board to update its research. The firm kindly kept me informed as it approached the completion of the revision. Last June, Charles Kurtz, a Vanguard public relations specialist, sent me the new findings. It now assumes the impact of the FTT on an active equity fund will be not 1.09%, but 0.075% — about 1/15th as much as Vanguard’s previous assumption. In other words, Vanguard revised its estimate of the annual cost of the tax to the average investor downward by a factor of 15.

Yet there’s no difference between Vanguard’s new conclusion, as stated in words, and the old one. You have to read the fine print to see how much the firm’s assumption about the cost of the FTT has changed. Now, instead of the headline on the research paper being “Main Street investors at risk,” it is, “Financial transaction tax: Main Street bears the burden.”

Why does Vanguard persist in exaggerating the impact of a proposed financial transaction tax on the average (“Main Street”) investor? In the body of the June research document, Vanguard takes up a good deal of room with an exhibit that makes it look like the FTT would cost a huge amount because it is levied on each of a series of transactions. But the cost for each of those transactions (buying shares, rebalancing portfolio, selling securities) is small. Even added together the cost is trivial.

“ The financial services industry is deploying its usual tactic to protect the wealth of those who have accumulated enormous amounts of it. ”

The real burden of a FTT will fall on the professional traders who often trade in microseconds — algorithmic traders and high-frequency traders. The financial services industry is deploying its usual tactic to protect the wealth of those who have accumulated enormous amounts of it, which is to claim that those who are not at all wealthy will bear the burden. Nothing could be further from the truth.

But why is Vanguard, in particular, joining this cavalcade of industry giants and lobbyists who are circling their wagons against the FTT? Vanguard, as far as I know, has little or nothing to lose from this tax, unlike many other financial industry firms. Vanguard doesn’t have outside shareholders who might push it to lobby against the tax. (Vanguard, unique among financial industry firms, is organized as a non-profit and thus doesn’t have outside shareholders.) Moreover, John Bogle, Vanguard’s hugely admired late founder, favored a FTT and he would never have allowed Vanguard to promulgate such a politicized document.

Read: How fund giant Vanguard is misleading investors about a tax on stock trades

Then why is Vanguard taking this position? For an answer, look to an article Vanguard’s Kurtz sent me as background for my January MarketWatch piece. This opinion article appeared in The Wall Street Journal on December 8, 2009, entitled “A Transaction Tax Would Hurt All Investors.” The article’s co-authors are former Vanguard board member Burton G. Malkiel (author of the best-seller “A Random Walk Down Wall Street”) and former Vanguard chief investment officer George U. (“Gus”) Sauter.

I respect both of these men very much. But their article is based on a repetition of a conventional wisdom that runs rampant in the investment world, without sufficient careful scrutiny — namely that reduced trading volume in the securities markets (reduced “liquidity”) means added cost to an investor, and therefore the investor earns less.

A simple thought experiment shows this is not necessarily true. Trading volume in shares of U.S. stocks is now more than six billion a day. Suppose that volume could be increased to, say, trillions of shares, or quadrillions. Would that mean that ordinary investors would somehow earn more money on their investments? Of course not. Why would they?

In the original Vanguard research — the research that assigned a 1.09% annual cost to the FTT — Vanguard assumed a ripple effect in the market causing a loss to all investors, due to the fact that a FTT would reduce the volume of transactions. During the time between my January article and the writing of this one, I continued to communicate with Vanguard’s Kurtz, and offered my opinions on why no such a loss to investors could be assumed. I don’t know if that had any effect on Vanguard’s work in progress, but the firm’s updated report says that “research indicates that FTTs lead to reduced trading volume and higher bid-ask spreads, which result in lower liquidity and higher costs.”

But Vanguard assumes no such costs in its calculations. That’s because no such cost can be clearly ascertained — or even if there is one.

Vanguard chooses a side

There is another cost to Main Street investors — one that would not be imposed by a FTT but in fact alleviated by one.

High-frequency traders and algorithmic traders, who account for at least half of all stock-market transactions, make their money largely in one particular pursuit. They try to detect whether investing “whales” — by which is meant very large investment funds, such as mutual funds, pension funds, and endowment funds — are in the process of making a big trade. These large trades can’t be made all at once, so a whale will try to dribble a trade into the market piecemeal.

But the high-frequency traders can tell what the whale is doing and “front-run” the rest of its trade — that is, they can buy quickly at a lower price and then sell to the whale at a higher price, thus levying against the whale — or rather against its “Main Street” investors — a small cost.

These costs add up. With a FTT in place, most high-frequency trading is likely to be eliminated; and the cost to Main Street investors in mutual funds and pension funds will be mitigated. But Vanguard’s compatriots in this fight (not Bogle’s, when he was still alive) stand to lose from the FTT — even if Vanguard itself does not.

That’s why Vanguard is fighting the FTT.

Vanguard, through a spokesperson, responded to the points in this article by saying:

“As our analysis illustrates, Vanguard firmly believes the costs of an FTT would be borne by all investors, not just Wall Street traders, speculators, or market-timers. The impact of an FTT would be passed on to investors through higher costs and wider bid-ask spreads. These increased costs would compound over time and lower returns, hindering millions of American investors who are striving to reach their long-term financial goals like saving for retirement or education.

“We also believe an FTT would harm the functioning of the capital markets through a number of unintended, domino-like consequences. To avoid the FTT, we expect that some market participants would trade less frequently, reducing liquidity. As a result, market volatility would increase and bid-ask spreads would widen, adding yet another layer of increased costs for investors. In an effort to avoid the tax, sophisticated investors would likely shift activity to less regulated markets and engage in financial engineering, such as increasing exposure to alternative investments like derivatives.”

In response, I believe that neither Vanguard nor any other analyst has rigorously shown why the impact of an FTT or wider bid-ask spreads should necessarily increase costs for the average investor. It should be emphasized that any market trader, not just a designated market-maker, can post a bid-ask spread, and it certainly doesn’t imply that the trader will profit from that spread, nor that the trader’s counterparty or counterparties will lose.

Vanguard has not shown why even more frequent trading than takes place today would result in gains for the average investor, nor, conversely, why less-frequent trading would result in costs. Financial engineering is already what is done by Wall Street traders, speculators, and market-timers; there is no reason to believe that a FTT would increase the level of financial engineering. Furthermore, Vanguard does not explain why the headline conclusion of its research is that “Main Street bears the burden,” when it would clearly impose a burden — a greater one — on Wall Street traders and speculators.

Michael Edesess is chief investment strategist at mobile financial-planning software company Plynty and a research associate at the EDHEC-Risk Institute. He is the author of “The Big Investment Lie” and co-author of “The 3 Simple Rules of Investment.”

Read: A small subset of Vanguard investors moved entirely into cash when the market tumbled. Here’s how they did