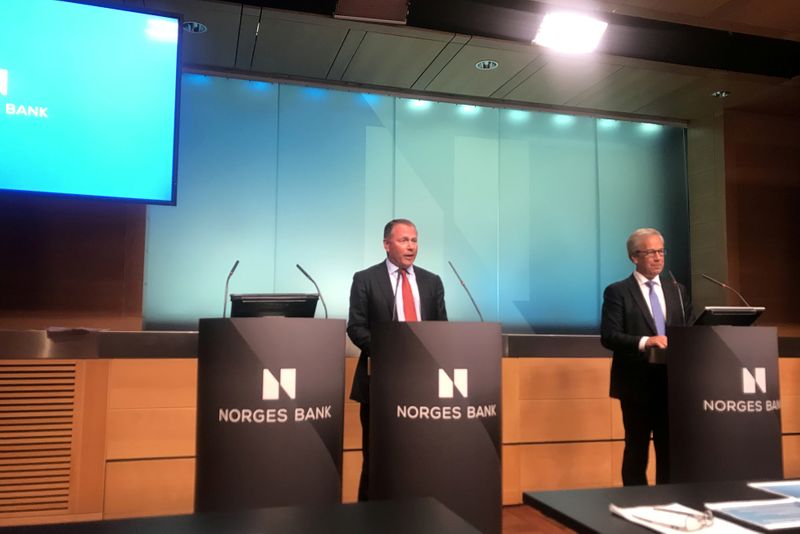 OSLO (Reuters) – Norway’s $1.2 trillion wealth fund will ask the companies in its portfolio that emit the most carbon dioxide (CO2) for more detailed climate-related data in order to understand the risk posed to its investments, a top official said.

The world’s largest sovereign fund, which invests Norway’s oil revenues, has for the past two decades been at the forefront of efforts to get firms to makes disclosures about the impact of their business on the environment.

“What we want to see is whether they have a business model that can survive also in a low-carbon society and to understand how will they address that,” Carine Smith Ihenacho, the fund’s Chief Corporate Governance Officer, told Reuters.

The 2015 Paris Agreement calls on nations worldwide to limit global warming this century to well below two degrees Celsius above pre-industrial levels.

How companies lobby on climate change has risen higher up the agenda of investors from a decade ago, as they seek to understand the interaction with policymakers.

During the latest annual general meeting (AGM) season, the Norwegian wealth fund voted in favour of all motions on the topic put forward at AGMs of firms it is invested in.

Although only five motions called for more transparency on a company’s climate lobbying, Smith Ihenacho said she expected more such demands during the next AGM season.

“This is very much on shareholders’ agenda,” she said, citing in particular the need to know about companies’ membership of associations.

“We want to know where the discrepancies are between a company’s policy association and a trade association they may support financially,” she said.

The wealth fund is unlikely to follow Storebrand’s lead, however, as it prefers engagement with firms in which it invests, Smith Ihenacho said.