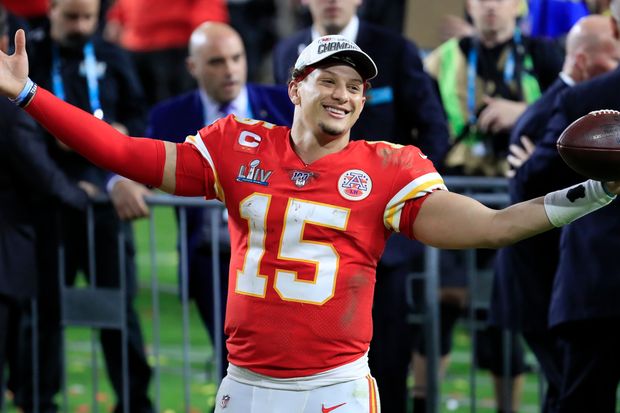 The NFL begins its season Thursday night with a heavyweight matchup between the Super Bowl champion Kansas City Chiefs and the Houston Texans. The league plans on playing its normal schedule this season, despite the prevalence of the coronavirus pandemic in much of the U.S.

Here are five things to know about the start of the NFL season:

1. Coronavirus protocols have been a home run so far

Even though a home run is a baseball term, it’s apropos here.

That’s a positive test rate of 0.017 percent, far below the average in the United States, which hovers around five percent, according to Johns Hopkins University

Players and personnel have been wearing masks indoors at all times during training camp. The league has also lowered the number of players that teams can invite to camp.

In addition to testing, all NFL team facilities have adopted daily symptom screenings and temperature checks for everyone who enters and exits. The league has hired a third-party contact tracing company, IQVIA, to help stop the spread of the virus among those who do test positive, according to ESPN.

Brian McCarthy, vice president of communications for the NFL, told MarketWatch that the league is “prepared to make adjustments as necessary” to its coronavirus protocols.

Multiple sports leagues including the NBA, MLS and WNBA have been playing games in a “bubble” during the coronavirus pandemic. This bubble, located at the ESPN Wide World of Sports Complex at the Disney resort in Florida, has been an effective location for those leagues during the pandemic. The NFL has opted against using a bubble system for this season.

Teams will host games, as scheduled, at their home stadiums.

Dr. Allen Sills, chief medical officer of the NFL, told the NFL Network that the league had no interest in creating a bubble.

“We do not feel it’s practical or appropriate to construct a bubble,” Sills told Tom Pelissero. “Anyone who tests positive will be isolated until medically appropriate to return.”

In an interview with CNN in June, Dr. Anthony Fauci, the director of the National Institute of Allergy and Infectious Diseases, said he thought the NFL should create a bubble

“Unless players are essentially in a bubble — insulated from the community and they are tested nearly every day — it would be very hard to see how football is able to be played this fall. If there is a second wave, which is certainly a possibility and which would be complicated by the predictable flu season, football may not happen this year,” he said at the time.

Major League Baseball also opted to not construct a bubble, and has had mixed results. Over 40 baseball games have been postponed so far this season because people from one of the organizations tested positive for COVID-19.

3. There will be (some) fans at games

Six of the 32 NFL teams have said there will be at least some fans at their games for the 2020 season. Many other teams have stated they will begin the season with empty stadiums, but are not ruling out a midseason change.

The teams that will have fans at games this year are the Cleveland Browns, Dallas Cowboys, Indianapolis Colts, Jacksonville Jaguars, Kansas City Chiefs, and the Miami Dolphins, according to the Sporting News. Of the teams hosting fans, no team will fill its stadium more than 25% capacity. Some teams that will not host fans will have cardboard cutouts in some of its stadium seating, similar to how the MLB has done in 2020.

Teams will be allowed to pump in artificial crowd noise during games, according to NFL executive vice president Troy Vincent. The NBA, which doesn’t allow any fans at its games during the pandemic, has also done this.

Is it an unfair advantage for some teams to have fans and other teams to have empty stadiums? NFL Commissioner Roger Goodell doesn’t think so.

“We do not believe it’s a competitive advantage,” Goodell said last week. “We discussed it very early on with our Competition Committee and with our clubs. We do not see that.”

As stated above, players and team personnel are required to wear masks inside facilities and while traveling to and from games.

During games, there is a mask mandate, regardless if the stadium is an outdoor or indoor arena. The mandate however, applies to coaches and staff only, not players.

The NFL has made a “strong recommendation,” but not a mandate, that players wear masks while on the sidelines during games, according to ESPN. The recommendation applies only to players who are not currently in the game.

Due to local regulations, players on the sidelines during games played at the San Francisco 49ers’ Levi’s Stadium and Bills’ Stadium in Buffalo must wear face coverings.

For the players on the field, the league created a helmet with an added face shield covering, but those helmets are voluntary to wear.

The NFL has made many granular changes for the upcoming season too, even making alterations to the coin toss and postgame pleasantries.

The ritual pregame coin toss, which usually features several players from each team standing in the middle of the field, will now be conducted by one player from each team. The NFL has outlawed postgame interactions among players and coaches? that don’t adhere to six-feet of social distancing, which include handshaking and the popular jersey swap among players, according to NFL Media’s Tom Pelissero.

While the NFL intends to play its full schedule of games, there have been some cancelations. All of the NFL’s preseason games have been canceled and so have the league’s international games. This season, several games were set to be played in London and Mexico City, but those games will now be played in the U.S.

The NFL also canceled its in-person draft in April, opting for an all-digital product. In-person minicamps were canceled in favor of online variants, and staff at team facilities were cut to essential personnel only over the summer.

Also, 67 NFL players have opted out of the NFL season due to coronavirus concerns.