Home
Breaking News
Exclusive: Reckitt kicks off sale of some personal care brands – sources
Prev Article Next Article
This post was originally published on this sitehttps://i-invdn-com.akamaized.net/trkd-images/LYNXMPEG8R1EV_L.jpg 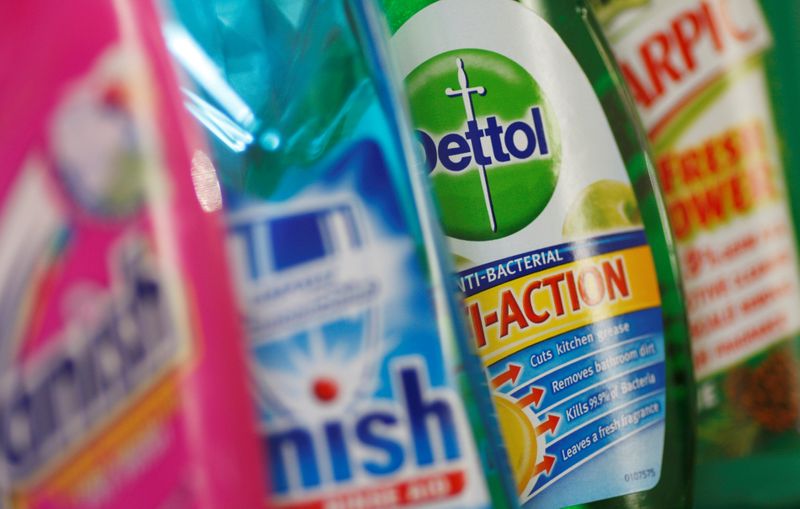 The package of brands up for sale – which also includes E45 skin cream and Scholl foot products – could be worth as much as 1 billion pounds ($1.3 billion) in a sale, two of the sources said, based on estimates of annual earnings before interest, tax, depreciation and amortisation north of 120 million pounds.

The process comes as Reckitt is generating unusually strong sales in its hygiene business due to the COVID-19 pandemic, as people snap up its Lysol and Dettol disinfectants. It is also a strategic step for its new chief executive, Laxman Narasimhan, who has been in the top job for one year.

Veet hair removal creams may also be seeing a boost, another source said, as people curb salon visits and do more grooming at home.

Reckitt is working with advisers and has already sent out information on the assets, two of the sources said.

The brands are likely to appeal to private equity players, the sources said, since they are cash-generative.

They do not fit into the two main businesses Reckitt has been focusing on – health and hygiene.

Henkel declined to comment. Beiersdorf and Unilever were not immediately available.

UK-based Reckitt, which started out as a home cleaning company, for years worked to build out its health-related business, which includes Enfamil formula, Durex condoms and Nurofen tablets.

A strategy by previous management to separate the health and hygiene units into two stand-alone, in-house businesses, which led to speculation of a corporate break-up, was later scrapped.