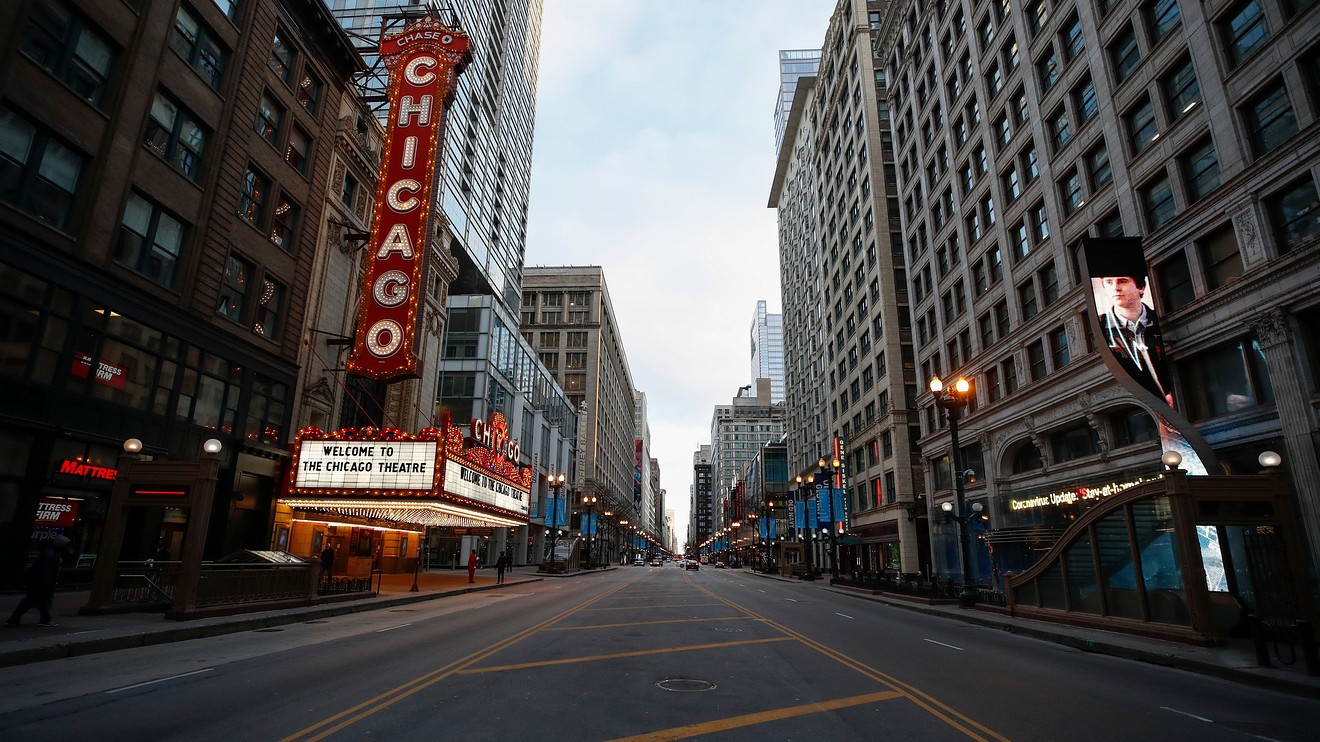 The U.S. death toll from the coronavirus illness COVID-19 was heading for 216,000 on Wednesday, driven by a spike in new cases in the Midwest and Mountain West that are starting to fill hospital beds and squeeze health care systems.

In the last seven days, 16 states have added more new cases than at any other time since the start of the pandemic, according to the New York Times.

The Dakotas are reporting more new cases on a per capita basis than any state has so far into the outbreak, and in Wisconsin, which houses 10 of the nation’s top 20 metro areas with the highest rates of new cases, a field hospital is being erected at the state’s fairgrounds to add capacity.

States that appeared to have got the pandemic under control earlier this year, mostly in the Northeast, are also now seeing cases rising again.

Experts are concerned at the pace of new infection, coming as winter brings seasonal flu and encourages people to move back indoors. They are also concerned that President Donald Trump’s renewed campaigning — Trump held a rally in Pennsylvania late Tuesday — is sending the wrong message to Americans on the safety measures touted by his own health experts as many of his supporters are gathering closely without wearing face masks.

Dr. Stephen Sample, an emergency medicine Specialist in Jasper, Indiana, said on MSNBC that he is glad that Trump recovered from his recent COVID-19 diagnosis, “but this isn’t over for the vast majority of Americans. We’re not even close to being where we need to be, and he’s out at rallies and dancing around like he’s Superman.

“He’s just setting the worst example possible. I was hoping he would learn from his illness but clearly he’s learned nothing,” Sample told anchor Brian Williams.

Dont miss:New England Journal of Medicine says Trump should be voted out over pandemic management as U.S. death toll tops 212,000

The U.S. has 4% of the global population, but accounts for about 20% of global cases and more than 20% of global deaths, according to data aggregated by Johns Hopkins University. The data shows the U.S. has 7.9 million confirmed cases out of 38.2 million worldwide, and 215,955 deaths out of 1.09 million.

The Institute for Health Metrics and Evaluation, a research body based at the University of Washington, is predicting that the U.S. death toll will climb to 394,693 by February, based on current projection scenarios.

• It’s not just the U.S. that is being engulfed by a fresh wave of new COVID-19 cases. Russia reported a record one-day high of 14,231 cases on Wednesday, pushing its total tally to 1.3 million, as Reuters reported. At least 239 Russians died in the last 24 hours, bringing the death toll to 23,205.

• French President Emmanuel Macron will address the nation later Wednesday and is expected to announce tougher measures to contain the virus spread, amid concerns that intensive care units in Paris will be packed with COVID-19 patients as soon as next week. France is experiencing a steep rise in new infections, setting a record on Saturday when 26,896 new infections were identified, according to local media reports. Experts say a curfew is likely for the capital and other cities at risk of having their hospitals overwhelmed. France has had 798,257 confirmed cases of COVID-19, the Johns Hopkins data shows, and at least 32,982 French people have died.

• Iran reported a record 279 coronavirus deaths in the last 24 hours, according to the Guardian, its highest daily tally since February. Ministry spokeswoman Sima Sadat Lari told state TV that 4,830 new cases were identified in the past 24 hours, also a record that has pushed the total number of cases to 513,219. Iran’s health minister Saeed Namaki told state TV that five cities will have travel restrictions for the next three days, including capital Tehran.

• Crowds took to the streets in Liverpool late Tuesday, to dance, cheer, sing and hug ahead of strict new coronavirus restrictions that come into effect today, the Washington Post reported. The measures will close all pubs and ban socializing with other households. In social media videos, crowds of mostly young people could be seen gathering with few wearing masks, prompting fears the single event will lead to another wave of new cases.

Johns Hopkins data show that 26.5 million people have recovered from COVID-19 since the start of the outbreak.

China, where the illness was first reported late last year, has had 90,858 cases and 4,739 fatalities, according to its official numbers.

“Safety is of the utmost importance,” a company spokesperson said in an email.

The New York Times first reported that the trial had been paused due to safety concerns. The trial, which is sponsored by the National Institutes of Health, is testing Lilly’s monoclonal antibody treatment, LY-CoV555, in combination with remdesivir, an antiviral drug that has demonstrated that it can reduce recovery times in COVID-19 patients.

Read also:An experimental antibody treatment reduced viral load in some COVID-19 patients. That may also be a positive sign for vaccines

Lilly said last week that it had submitted a request for an emergency use authorization to the Food and Drug Administration for LY-CoV555 as a standalone treatment based on data from a separate trial evaluating the investigational therapy in patients with mild to moderate symptoms.

The pause is notable for two reasons. Lilly’s investigational antibody drug is similar to Regeneron Pharmaceuticals Inc.’s REGN, -0.60%  experimental antibody treatment that was prescribed to Trump. It is also the third major clinical trial in this pandemic to be paused for safety reasons, which experts say is a common occurrence but likely one being scrutinized given the lack of treatment or prevention options against the coronavirus.

Stat News reported Monday that Johnson & Johnson JNJ, -0.24% had paused its COVID-19 vaccine trial over an “unexplained illness,” and AstraZeneca AZN, -1.64% AZN, -2.76%  halted a trial for its vaccine candidate in September for the same reason.

What are companies saying?

• Asbury Automotive Inc. ABG, +0.14% expects third-quarter per-share earnings to range from $4.88 to $4.96. The Duluth, Georgia-based car retailer said it expects adjusted EPS, excluding a $24.7 million gain on a dealership divestiture, a $1.3 million acquisition-related cost and a $700,000 real estate-related charge, to range from $4.00 to $4.08, well ahead of the $3.26 FactSet consensus. The company expects its store gross profit to climb 6% to 7%. The company will release full earnings on Oct. 27 before market open.

• Bank of America Corp. BAC, -3.90% reported a third-quarter profit that topped expectations but revenue that fell shy. Total revenue declined 10.8% to $20.34 billion, missing the FactSet consensus of $20.8 billion, as the global markets, global banking and global wealth and investment management segments missed expectations during the pandemic, while consumer banking topped forecasts. Net interest income fell 16.9% to $10.13 billion, just shy of the FactSet consensus of $10.24 billion. Provision for credit losses increased to $1.39 billion from $779 million, but that was below expectations of $1.88 billion.

• Dave & Buster’s Entertainment Inc. PLAY, +4.84% offered a business update that showed continued comparable sales improvement, though September was still down 62% as the pandemic continues to weigh. Comparable sales for the second quarter were down 87%, and for the month of August, the decline was 75%. As of Oct. 4, Dave & Buster’s had reopened 98 of its 136 locations, and the company had opened one new location. September performance at the 81 comparable stores that Dave & Buster’s reopened was at an index of 65% versus 2019.

• Goldman Sachs Group Inc. GS, +0.00% reported a third-quarter profit that rose well above expectations and revenue that topped forecasts. Total revenue increased 29.5% to $10.78 billion, above the FactSet consensus of $9.38 billion, as annualized return on equity of 17.5% was the highest quarterly ROE since 2010. Investment banking revenue rose 7% to $1.97 billion to beat expectations of $1.85 billion, while global markets revenue rose 29% to $4.55 billion. Within global markets, equities revenue increased 10% to $2.05 billion to top expectations of $2.03 billion, while fixed income, currency and commodities (FICC) revenue grew 49% to $2.50 billion to beat expectations of $2.03 billion. “The operating environment continued to recover during the third quarter of 2020 from the impact of the COVID-19 pandemic earlier in the year as global economic activity significantly rebounded following a sharp decrease in the second quarter, market volatility declined modestly, and monetary and fiscal policy remained accommodative,” Goldman said in a statement.

•Restaurant Brands International Inc. QSR, +2.18% will offer $1 billion in 4.00% second lien senior secured notes due 2030, joining the many companies issuing record levels of debt during the pandemic. The company will use the proceeds along with cash on hand to refinance debt. This latest senior debt will be in addition to $1.4 billion issued as of Oct. 5 and due in 2030. Restaurant Brands has $12.3 billion in long-term debt, according to its latest 10Q filing. Restaurant Brands’ lineup includes Burger King, Popeyes Louisiana Kitchen and Tim Hortons.

• Six Flags Entertainment Corp. SIX, -0.14%  is “committed” to cut its full-time workforce by about 240 employees, or 10%, as it sees attendance in its amusement parks dwindle during the pandemic and end of the summer. Six Flags is offering affected employees severance pay as well as “outplacement services,” the company said in a filing. It expects to incur severance-related costs of around $1.5 million in the third quarter and about $3 million in the fourth quarter.

• United Natural Foods Inc. UNFI, -0.70% is planning to offer $400 million in eight-year bonds, joining the many companies raising record amounts of capital during the pandemic. The parent of brands, including Albert’s, Tony’s Fine Foods and Woodstock Farms, said proceeds will be used to repay a portion of its term loan facility.

• Wells Fargo & Co. WFC, -4.93% reported a third-quarter profit that was less than half what it was last year and was below expectations, while revenue topped forecasts. Net interest margin fell to 2.13% from 2.66%, just below expectations of 2.19%. Provision for credit losses was $556 million, down from $608 million a year ago and down from $3.38 billion in the second quarter, while the FactSet consensus was $1.79 billion. “Our top priority continues to be the implementation of our risk, control, and regulatory work, but we are also taking targeted actions to improve the experience for our customers, clients, communities and employees,” said Chief Executive Charlie Scharf. “As we look forward, the trajectory of the economic recovery remains unclear as the negative impact of COVID continues and further fiscal stimulus is uncertain, but we remain strong with our capital and liquidity levels well above regulatory minimums.”

•Xenia Hotels & Resorts Inc. XHR, -1.95% offered an update of its business during the pandemic, while also announcing new amendments to some of its borrowing and unveiling a $150 million five-year bond deal. The Orlando, Fla.-based REIT said 37 of its 38 hotels and resorts are open, after being closed during the pandemic, and it is continuing to review the timing of reopening its Hyatt Regency Portland at the Oregon Convention Center. The company’s revenue per available room is expected to come to $48.41 for all properties that were operating for some or all of the third quarter. The company entered further amendments on its corporate credit facilities and has increased commitments among other changes. The company is expecting to have about $450 million of liquidity once a proposed debt financing and debt payoff are completed, not including proceeds from the sale of the Marriott Napa Valley Hotel & Spa which is expected to close before the end of October. Separately, it announced plans to offer $150 million of 6.375% notes that mature in 2025.

Read also:Abbott exec: Why better COVID-19 tests may help the U.S. get back to normal