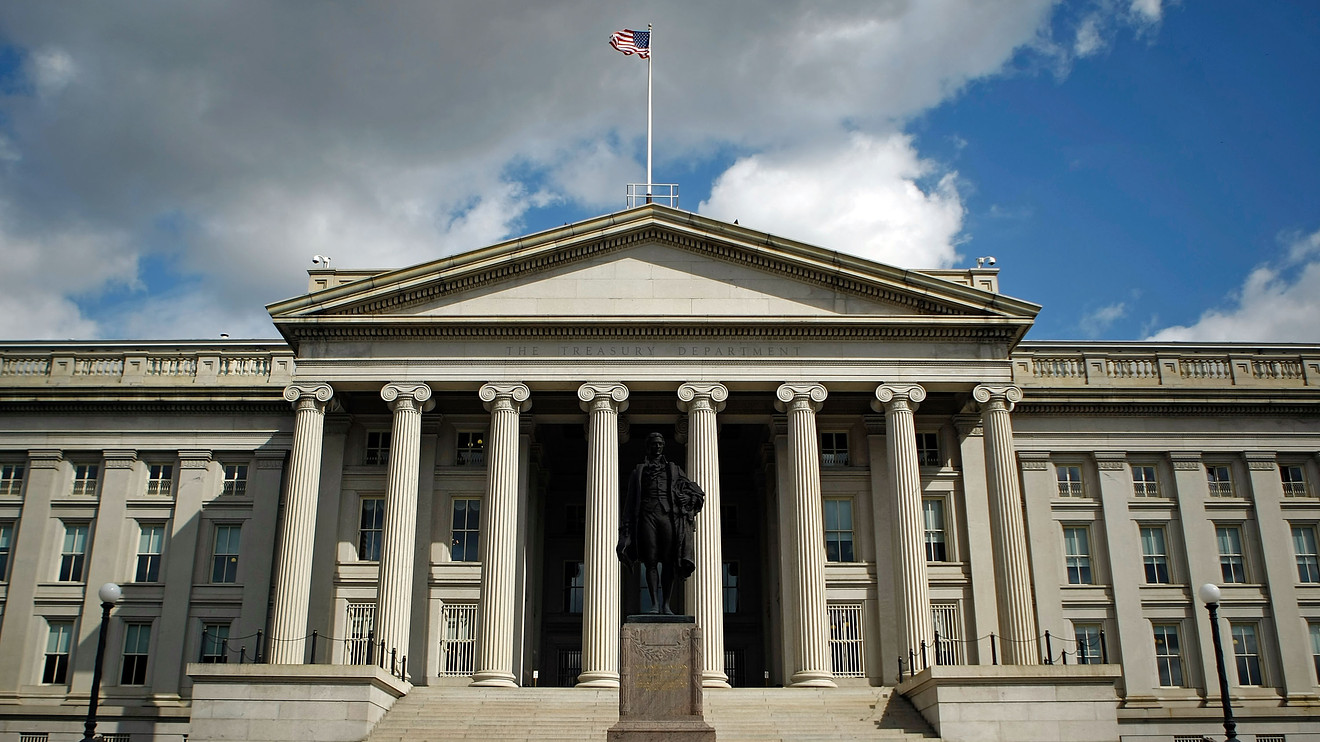 The numbers: The U.S. government ran a record budget deficit of $3.1 trillion in the fiscal year that ended in September. The massive deficit reflected the government’s effort to support the economy ravaged by the coronavirus pandemic. The four pieces of legislation passed by Congress this year to combat the recession was by far the largest fiscal response to an economic crisis since the Great Depression of the 1930s. By comparison, the deficit in fiscal year 2019 totaled $984 billion.

Relative to the size of the economy, the deficit—at an estimated 15.2 percent of gross domestic product (GDP)—was the largest since 1945, according to congressional estimates.

What happened: The four cornavirus financial relief bills, including the $1.7 trillion CARES Act passed in March, were estimated by the Congressional Budget Office to cost $2.4 trillion combined. The last time the government ran deficits anywhere near this big relative to the size of the economy was during World War II. Total outlays were $6.55 trillion in the latest fiscal year, while receipts totaled $3.42 trillion.

Two of the government’s biggest three revenue sources dropped in 2020, according to the report. Personal income taxes, the biggest income source, dropped to $1.6 trillion from $1.7 trillion in 2019 and corporate income taxes, which make up a relatively minor portion of overall revenues, also dropped, to $212 billion from $230 billion.

Big picture: Experts say that the government will have to return to a sustainable deficit path, but that the tax hikes and spending cuts needed to accomplish this goal should be put off until the pandemic subsides. In an outlook, the CBO said that the fiscal deficit will remain elevated over the next decade. The lowest projected deficit over the next decade is $1.080 trillion in 2027, according to the CBO. Fed Chairman Jerome Powell and top economists have urged the two parties in Congress to put aside their differences and pass more fiscal relief, but talks on another relief package have lost momentum.

What are they saying? “We ended the fiscal year with $21 trillion of debt – which means debt is now larger than a year’s worth of economic output. And this astronomical level of debt is only going to get bigger. It’s disappointing to see both candidates for President proposing trillions of dollars in additional debt instead of plans to save Social Security and Medicare. The deeper we dig this hole, the harder it will be to claw our way out,” said Maya MacGuineas, president of the Committee for a Responsible Federal Budget.

Market reaction: Despite the widening deficit, yields on 10-year Treasury notes TMUBMUSD10Y, 0.734%   have traded in a tight trading range between 0.50% and 0.80% in the past four months. The low interest rates are holding down the government’s borrowing costs.