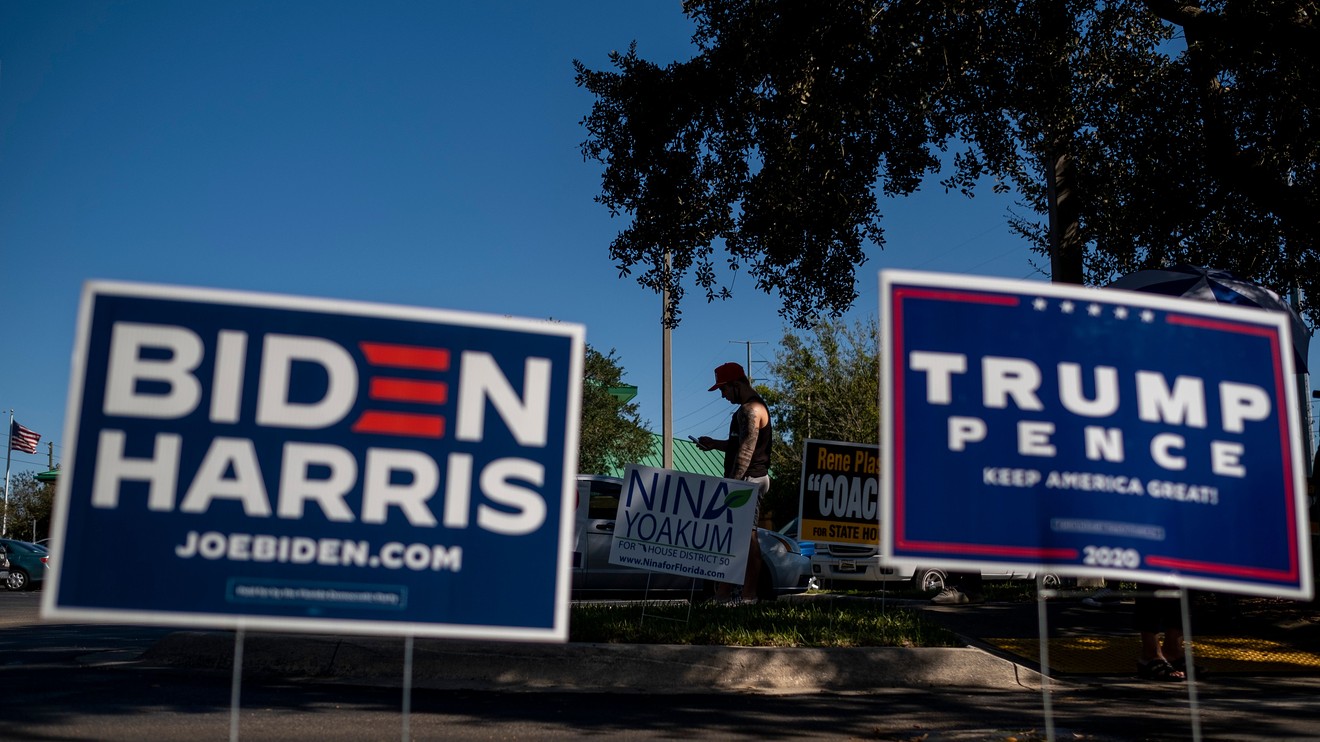 Americans who hadn’t voted early were heading to the polls on Tuesday, as investors waited to see if this Election Day would provide clear outcomes in the battles for control of the White House and the Senate.

In a change from past elections that has been driven by coronavirus concerns, around 100 million Americans already have voted in advance either in-person or by mail.

Meanwhile, analysts have warned that a worst-case scenario for markets would be a contested presidential election, rather than an outright win by either President Donald Trump or Democratic challenger Joe Biden.

“Disputes in multiple states could drive down equities by more than 5% in the short term,” said Brian Gardner, chief Washington policy strategist at Stifel, in a note.

The outcome of the presidential election may be clear by midday Wednesday, even if counting is slow in some battleground states like Pennsylvania, said a top Biden adviser, Anita Dunn, earlier this week.

Read more:Investors pine for a ‘clear victory’ — what’s at stake for markets on Election Day

And see:How a contested election in key states could send the U.S. into a constitutional crisis

The Democratic nominee on Tuesday continued to lead the Republican incumbent in polls focused on swing states that are likely to decide the White House race, with a RealClearPolitics moving average of such surveys putting him up by 2.3 points. Betting markets were giving the former vice president a 60.4% chance of winning.

And see:Here’s how key swing states are leaning in the presidential race — and how they’re weathering the recession

Analysts have warned that it could take time to determine the winner of this year’s Senate contests as well.

Republicans currently have 53 seats in the Senate, so Democrats need a net gain of four seats to take control of the chamber — or just three if Biden wins the presidential contest, because a Democratic vice president, Kamala Harris, would cast tie-breaking votes.

Stifel’s Gardner said his shop expects Democrats will have a net gain of three seats, which would get them to 50 seats, but at the same time, the two Senate contests in Georgia “will likely go to a January run-off.”

Races for House seats aren’t drawing as much attention, as Democrats are widely expected to remain in charge of that chamber.

And see:Here are the Senate races to watch, as Democrats battle to take control from Republicans

Also:Could Election Night 2020 drag on for days, or even weeks? These states may offer clues

Plus:Trump is confident he has the votes — if the election is thrown to the Supreme Court