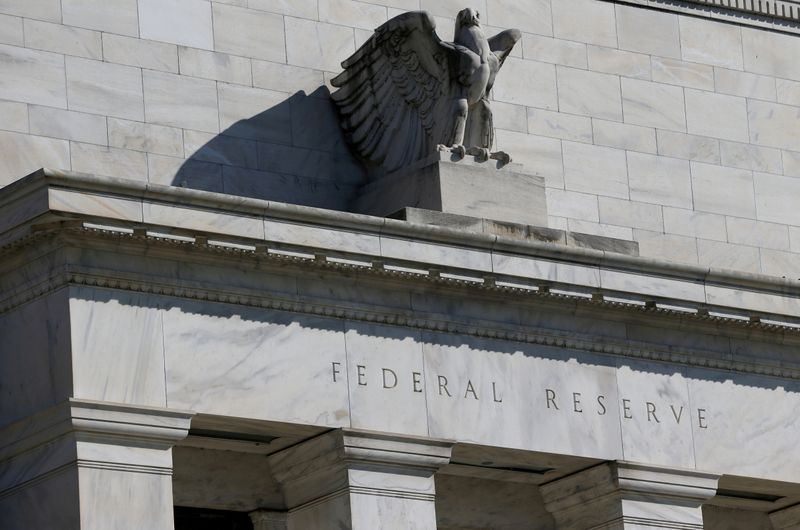 LONDON (Reuters) – Central banks are delving further into their tool kits to help economies recover from the coronavirus – cue yield curve control, a form of pinning down borrowing costs that more countries might need to embrace in the months and years ahead.

Because government bond yields are used as reference rates for business and consumer lending, controlling them can influence the price of credit in the broader economy.

Of course, all major central banks are already holding down yields, via 0% or sub-zero interest rates and aggressive bond buying (QE). But explicit yield curve control (YCC) involves imposing a cap on part of the curve – say five years – then defending that by buying bonds of that maturity when needed.

Proponents increasingly believe this is the path central banks will adopt in order to anchor borrowing costs for governments, particularly those such as the Federal Reserve and Bank of England which are not keen on negative interest rates.

“If yields spiral higher, we would actually expect to see central banks step back in and control the bond market, whether through more bond buying or yield curve control,” said Craig Inches, head of rates and cash at Royal London Asset Management (RLAM).

A rebound in economic activity next year might well send yields higher, which could then threaten that recovery which is still fragile. And merely expanding already-large bond-buying schemes may not resolve the problem.

“The benefit of YCC is that you can provide an implicit guarantee about the cost of funding the real economy, some certainty to businesses that they can invest at pre-determined rates,” said Thomas Costerg, senior economist at Pictet Wealth Management.

For instance, Australian banks and companies usually borrow in the three-year space so the central bank uses its purchases to keep that rate around 0.1%.

The Fed isn’t a stranger to YCC, having used it in the 1940s to cap wartime borrowing costs. The Bank of Japan adopted it in 2016 and Australia followed in March 2020.

The Fed and BOE have discussed but not endorsed the policy, the former describing it as providing “only modest benefits” at present.

Indeed in Japan, YCC is a double-edged sword. It has tamped down borrowing costs for the economy but the success has come at banks’ expense.

Others question the need for YCC at central banks such as the Fed which already efficiently control rates via forward guidance.

For all that, a powerful argument in favour of YCC has emerged in recent months – in a world where central banks own a record high proportion of government debt, targeted purchases could ease a deepening bond market squeeze.

Concentrating purchases in one part of the market can ensure an adequate supply of securities for other buyers, in particular pension funds.

“Potentially yield curve control will keep the 0-10 year (yields) capped, while longer yields rise slightly thanks to the expectation of better economic growth ahead. That’s a good scenario for pension funds and could be in the mindset of central banks,” Inches at RLAM said.

The catalyst for YCC adoption might be an abrupt rise in longer-dated yields – a so-called curve steepening.

It gets more complicated in the 19-member euro area, though many would argue the ECB focus on spreads – the gap between German and southern European yields – is effectively a form of YCC.

Gilles Moec, chief economist at Axa Investment Partners, is among those who believe YCC is more likely, noting ECB chief Christine Lagarde’s calls for a continued, powerful and targeted response to the crisis and her emphasis on fiscal policy.

“I think we are going in that direction if the ECB is now saying openly ‘we have governments’ back’ and we will make sure that they can fund deficits easily,” Moec said.