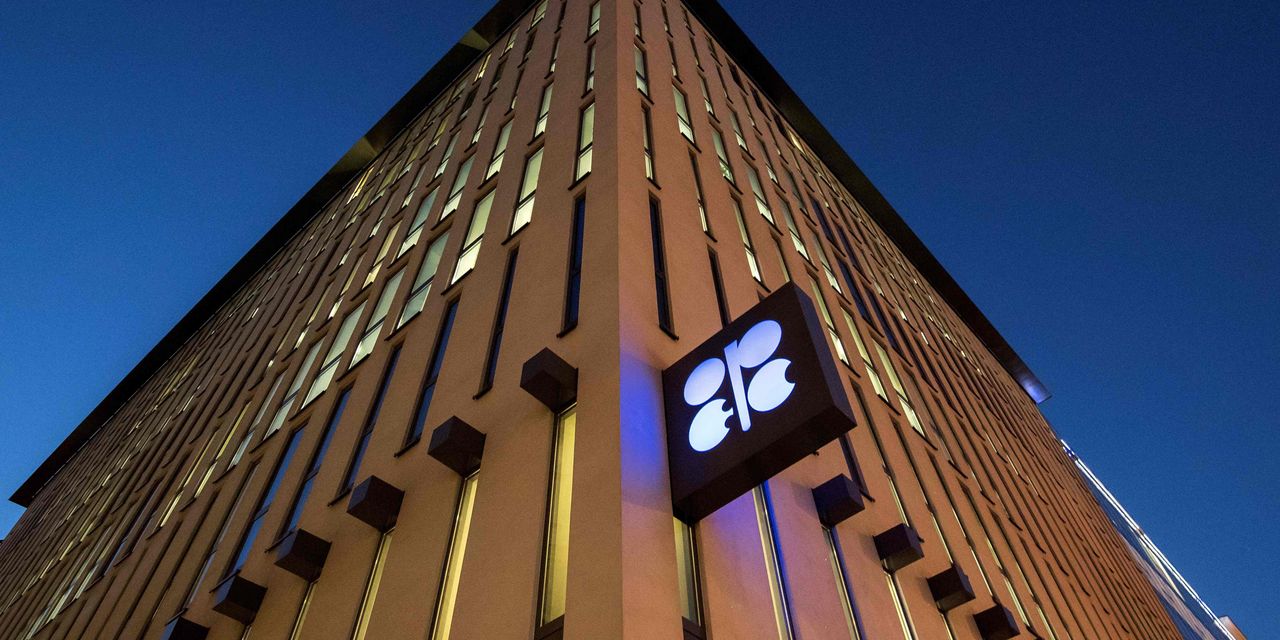 Oil futures ended on a mixed note Tuesday, with U.S. benchmark prices slightly higher but the global Brent benchmark a bit lower, as traders mull the next move for the Organization of the Petroleum Exporting Countries and their allies.

An OPEC+ committee on Tuesday failed to announce a recommendation for production policy in the new year. The market also awaits the latest weekly data on U.S. petroleum supplies, due Wednesday from the Energy Information Administration.

In a statement Tuesday, the Joint Ministerial Monitoring Committee, which makes policy recommendations to OPEC and its allies, together known as OPEC+, emphasized that participating countries need to be “vigilant, proactive and be prepared to act, when necessary.”

It then said the committee’s recommendations will be provided to the OPEC and non-OPEC ministerial meeting on Dec. 1. The OPEC conference will be held ahead of that on Nov. 30.

“They appear to be playing a game of wait and see,” Matt Smith, director of commodity research at ClipperData, told MarketWatch.

“We expect OPEC+ to maintain current cuts and not taper in January — not only because demand is being hit again due to a second wave of coronavirus lockdowns, but also because of creeping noncompliance and rising production out of Libya,” he said.

The JMMC Tuesday also said it “welcomed the positive performance in the overall conformity level” for participating members and nonmembers of OPEC at 101% in October. Including voluntary adjustments to make up for past overproduction, those producers have cut global supply by about 1.6 billion barrels between May and October.

The committee was expected to recommend delaying, by three to six months, a relaxation of output curbs set to take effect on Jan. 1, said analysts at UniCredit, in a note. OPEC+ is set to make a final decision at the Nov. 30 and Dec. 1 meetings.

However, Arabic news and satellite TV channel Al Ekhbariya reported that OPEC+ unanimously agreed to an extension of output cuts by three months starting in January, according to translated tweet from the Saudi government owned network.

“The global demand outlook remains precarious given the second wave of the pandemic and resulting lockdowns in Europe and the U.S.,” Steeves said. “This will likely remain the case through the first quarter of 2021 if not the second, thus OPEC+ needs to face the reality that demand for their oil will remain muted.”

For now, “the oil market remains broadly rangebound between the pressure of travel restrictions and rising COVID cases, vs. supply constraints and optimism around vaccines,” he said.

On average, analysts expect the EIA to report an increase of 100,000 barrels in domestic crude supplies for the week ended Nov. 13, according to a survey from S&P Global Platts. They also forecast a supply climb of 300,000 barrels for gasoline, but expect to see distillate stocks down by 1.8 million barrels for the week.

December natural gas NGZ20, -0.18% fell by 0.2% to $2.692 per million British thermal units, after a steep 10% decline on Monday on the back of forecasts for milder weather and near-record U.S. supplies in storage.