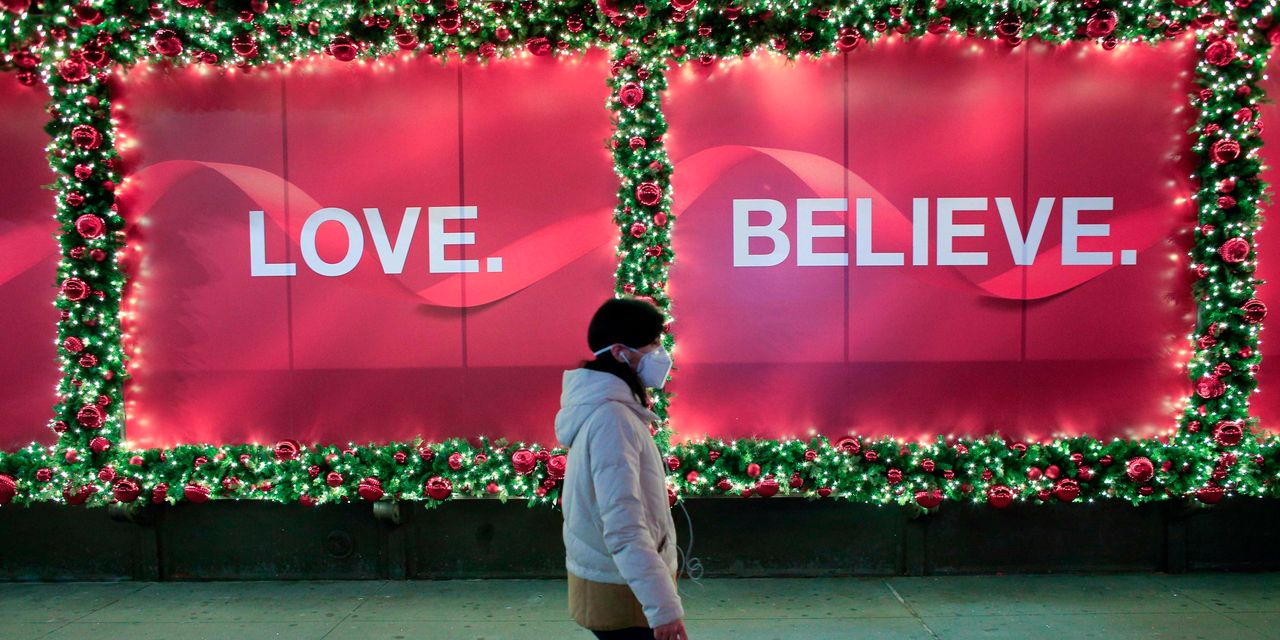 U.S. stocks rose early Friday, with gains proving enough to put the Nasdaq Composite and S&P 500 index at or near record territory, a day after the market was closed for the Thanksgiving holiday.

The New York Stock Exchange and the Nasdaq will close at 1 p.m. Eastern time on Friday, while the Securities Industry and Financial Markets Association recommends a 2 p.m. Eastern close for bond markets.

How are stock benchmarks performing?

U.S. equity markets were clambering higher Friday morning as investors parsed an update about the White House transition and news related to vaccines for COVID-19.

Black Friday, the day after the Thanksgiving holiday, also is traditionally the busiest shopping day of the year for Americans though online sales are likely to replace in-store shopping to an even greater extent this year during the coronavirus pandemic.

On Thanksgiving Day, President Donald Trump said he would leave the Oval Office if the Electoral College elects former Vice President Joe Biden as is expected on Dec. 14. The statement is arguably the most decisive acknowledgment of defeat for the 45th president, who has yet to formally concede the 2020 election that took place on Nov. 3, and has been called in favor of Biden. The Associated Press has declared Mr. Biden the winner of the election, with 306 electoral college votes to 232 for Mr. Trump.

Trading Friday also comes amid the persistent rise in COVID-19 cases, despite progress on remedies.

The global tally for confirmed cases of coronavirus that causes COVID-19 climbed above 61 million on Friday, according to data aggregated by Johns Hopkins University, while the death toll rose above 1.4 million. In the U.S., the number of people hospitalized with COVID-19 surpassed 90,000 for the first time, as the pandemic loomed over the holiday.

The resurgence of the disease has prompted fresh restrictions on business and consumer activity in both the U.S. and other countries. German Chancellor Angela Merkel said Thursday the country’s partial lockdown would be extended until Dec. 20, while France will remain locked down until Dec. 15, raising concerns over the economic impact in the coming months ahead of a potential vaccine distribution.

Meanwhile, the market was keeping one eye on AstraZeneca  AZN, -0.79% shares which were under pressure in premarket trading on Friday as questions were raised over the recent results of its experimental vaccine, being developed by the University of Oxford.

The British drugmaker said earlier this week the vaccine was around 90% effective when volunteers were given a half-dose shot followed by a full dose a month later, but 62% effective when two full doses were given. Chief of the U.S. Operation “Warp Speed ” program for vaccine development, Moncef Slaoui, and others in the U.S. have expressed concern over aspects of the late-stage study, but British officials have supported the findings of the vaccine maker.

How are other assets performing?

MarketWatch has launched ETF Wrap, a weekly newsletter that brings you everything you need to know about the exchange-traded sector: new fund debuts, how to use ETFs to express an investing idea, regulations and industry changes, inflows and performance, and more. Sign up at this link to receive it right in your inbox every Thursday (except on holidays)