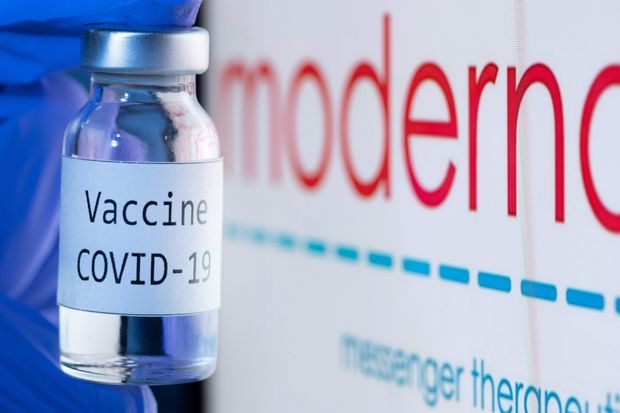 Optimism about the regulatory approval of a COVID-19 vaccine continues to be a positive force in the markets.

European indexes climbed higher on Tuesday, as vaccine optimism and positive manufacturing data out of China buoyed stocks, though uncertainty over the dwindling time for a Brexit deal remains a cloud over the market.

The positive start to the first day of December trading comes after an outstanding month for European stocks, with the Stoxx 600 setting a monthly record for gains after climbing 14% higher in November.

Optimism about the regulatory approval of a COVID-19 vaccine continues to be a positive force in the markets.

Biotech Moderna MRNA, +20.23%, one of the three companies to have developed a vaccine with a high level of efficacy in trials, along with drugmakers Pfizer PFE, +2.90% and AstraZeneca AZN, +0.62%, has filed for the vaccine’s emergency use in the U.S. Regulators in the U.K. could approve the drug for use within days.

On Monday, Jerome Powell, chair of the U.S. Federal Reserve, warned that the recent surge in coronavirus cases could weigh on the economy. Analysts say that this has reassured markets that the Fed is sensitive to the short-term risks ahead.

“This morning, risk sentiment has improved as Powell noted yesterday the considerable uncertainty and challenges from the recent virus surge. This helped risk sentiment as it reassured markets on the Fed’s stance,” said Bénédicte Lowe, a strategist at BNP Paribas.

Brexit remains a cloud over European markets, as talks over the details of the U.K.’s complete exit from the European Union at the end of the year remain in their final days, with few signs of resolution.

Stocks were also buoyed by better-than-expected Chinese manufacturing data. A private-sector survey showed that Chinese factory activity accelerated at the fastest pace in a decade in November, in line with a recent government survey.

The FTSE 100’s miners, sensitive to trade movements and the Chinese economy, were among the day’s early risers in Europe. Rio Tinto RIO, +2.46% was up more than 1.5% and shares in Anglo American AAL, +3.68% were trading near 3% higher in London.

Pharmaceutical giants made up another group of gainers in European trading, though not on vaccine news. AstraZeneca was more than 2% higher after the sale of the European rights of the popular anti-cholesterol drug Crestor.

In Germany, Bayer BAYN, +1.49% was up 2%, after a federal judge in the U.S. rejected the company’s proposed $648 million settlement for a class-action lawsuit. The lawsuit, over the use of harmful contaminants, was inherited by Bayer when it bought the former agrochemical company Monsanto in 2018.

Italy’s largest bank, UniCredit UCG, -7.25%, was a major faller in Europe, after its chief executive announced that he would quit due to strategic differences with the board. Shares were down more than 6%, as analysts have quickly responded to the move with bearish conclusions about the stock price.