Home
Breaking News
Manufacturers hunt for deals amid pandemic wreckage
Prev Article Next Article
This post was originally published on this sitehttps://i-invdn-com.akamaized.net/trkd-images/LYNXMPEGB90LV_L.jpg 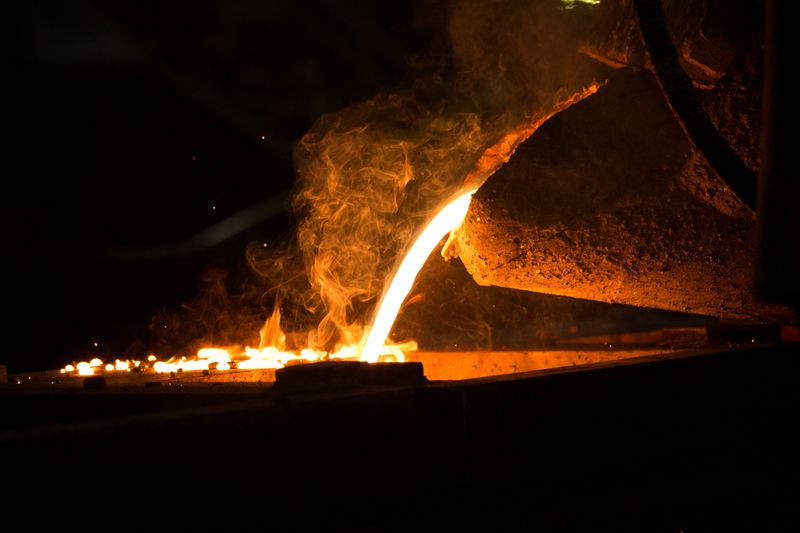 (Reuters) – The COVID-19 pandemic has been a disaster for many U.S. manufacturers, but it is also creating acquisition opportunities.

Cary Wood, chief executive of Grede Holdings LLC, saw business plunge 90% earlier this year as the auto plants and heavy equipment producers that use his metal parts shut down, followed by a bumpy recovery. But he’s upbeat these days and, in the last two months, he’s opened negotiations aimed at acquiring seven smaller foundries.

“I can wait out the cycle,” Wood said, “but many of these guys can’t.”

Grede, carved out of publicly traded American Axle (NYSE:AXL) & Manufacturing Holdings Inc last year, is backed by a private equity firm and was already hunting for acquisitions before the crisis hit. But Wood said the rate of deal talks is far higher than a year ago, when he was running the foundry company that merged with Grede as part of the buyout. And it is similar to a wave of restructuring he saw just after the 2008-2009 financial crisis.

A similar story is playing out across the U.S. economy.

“The first impact of COVID on manufacturers was to make them defensive – they all sought to conserve capital and find ways to continue operations,” said Scott Fuzer, a mergers and acquisitions expert at West Monroe, the business consulting firm that conducted the survey. “But now,” he said, the stronger companies “are going on the offensive.”

Fuzer said many smaller manufacturers are “just holding on – especially family businesses – where the family is already on the edge of wanting to get out of the business.”

U.S. merger activity jumped nearly 36% in the third quarter, according to data compiled by Refinitiv, to 3,296 deals, after a slump during the early months of the pandemic. Many of the biggest deals have been in the technology sector, but old-line industrials are in the game, too.

One reason U.S. manufacturers are active is the fragmented nature of their supply chains. While the sector is dominated by large producers, smaller companies often continue to supply the parts those factories use to build finished goods.

The foundry industry is a good example of this. In 1980, there were 4,800 U.S. foundries and, even after waves of shutdowns and consolidations, just under 2,000 remain, the bulk of them small outfits often with just one operation serving a few targeted industries.

With an uneven recovery, many are struggling to survive. The lucky ones are in sectors that have snapped back quicker than others. The auto sector, particularly truck producers, have thrived, for instance, while many industrial equipment and off-road machinery companies remain depressed.

Grede, based in Southfield, Michigan, was formed in December 2019, when Gamut Capital Management bought nine foundries and two related processing plants from American Axle for $245 million. Owning that many foundries makes Grede one of the industry’s larger players. Even before the pandemic, it was planning to grow through acquisitions. The crisis accelerated that process, Wood said.

Last month’s presidential election is also a factor for some companies, he said, noting that one of the companies he’s talking to is family owned and is concerned about potential tax changes under Democrat Joe Biden’s incoming administration.

“There’s some concern about what a wealth tax might mean for private owners,” he said.

The economic downturn also means some companies can be bought at lower prices.

Austin Ramirez, chief executive of Husco International Inc, said he’s looking “at a couple of small to medium-sized acquisitions” that would help his business – which makes parts for cars and off-road machinery – expand into new product lines. Ramirez said the crisis has helped “compress” prices.

“We would have looked at these things anyway,” he said, “but it’s more of a buyer’s market.”

That said, it still isn’t easy to make deals. “There’s an awful lot of capital out there – both from strategic acquirers like us, and financial buyers,” said Ramirez.

And some manufacturing sectors have thrived during the pandemic, which means valuations remain high in those businesses.

Sanjay Singh, executive chairman of Mace Security International Inc, the makers of the well-known pepper spray, said his business has surged “because of COVID and the social climate – people are looking for safety.” That means valuations are up, he said, but he’s still looking for opportunities to expand now.