Home
Stocks
Outside the Box: Think saving for retirement is hard? Try spending it
Prev Article Next Article
This post was originally published on this site 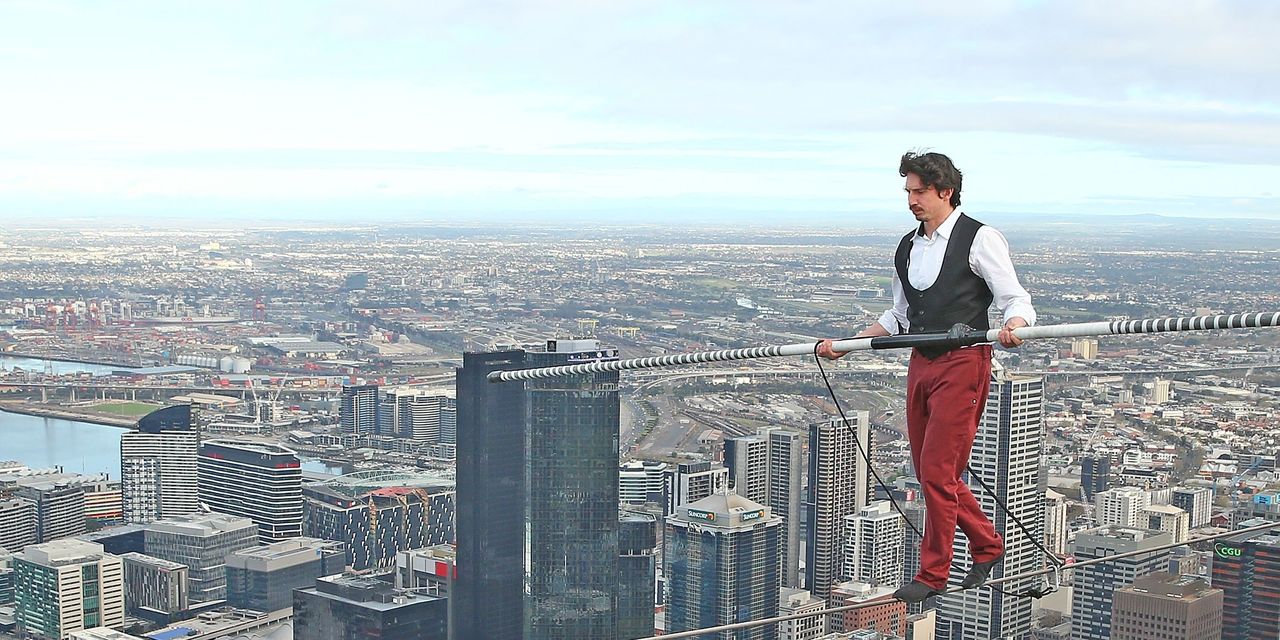 Building a nest egg is relatively easy: Save as much as you can starting as early as you can. Invest in a diversified mix of low-cost mutual funds. Rebalance periodically. And tune out the noise.

By contrast, determining how much you can safely spend in retirement is far trickier. Consider three strategies.

First, there’s the much-discussed 4% withdrawal rate. In the first year of retirement, you spend 4% of your portfolio’s beginning-of-year value. In subsequent years, you increase that amount by the inflation rate. With that simple strategy, and a mix of 50% stocks and 50% bonds, your retirement savings should last 30 years. The problem is, you could run out of money sooner if the market performs poorly—and, of course, there’s a danger you may live longer than 30 years.

Read: Should you use a Monte Carlo simulation to determine if your retirement savings will last?

A second, even simpler approach: Spend a fixed percentage of your portfolio’s value every year. Let’s say your portfolio finishes the year at $900,000. You might spend 5% of that sum, or $45,000, the following year. With the percentage-of-portfolio strategy, you can never run out of money, because each year you’re limited to a percentage of whatever remains. But your spending could vary widely from year to year. For example, if the market falls and you finish the year with a portfolio that’s 20% smaller, you’re forced to spend 20% less the following year.

That brings me to a third way of determining how much to spend: the ceiling-and-floor method suggested by Vanguard Group. With this strategy, you again aim to spend a fixed percentage of your nest egg’s year-end value. But unlike with the second strategy, if last year was bad, there’s a limit—or floor—on how much you reduce your spending. Similarly, if the market’s performance last year was stellar, there’s a limit—or ceiling—on how much you increase your spending.

Say you start with $1 million and you’ve chosen a target of 4% spending per year, but the amount your portfolio withdrawals can change each year is limited by a 5% ceiling and a –2.5% floor. In the first year of retirement, you spend your target percentage, which is 4% or $40,000.

Read: What robots will mean for your retirement

Got that? To use the ceiling-and-floor approach, you’d compute three numbers at the start of each year:

You then allow yourself to spend whichever of these three numbers falls in the middle. Result: You can spend more when you’re coming off a good year and you spend less if it was a bad year, but your spending doesn’t vary too much because of the limits imposed by the ceiling and floor.

A 2010 Vanguard study showed that, with a 5% ceiling and –2.5% floor, you’re less likely to run out of money than if you adhere strictly to the standard 4% withdrawal rate. In addition, you’re less likely to end up denying yourself and leaving behind an unnecessarily large estate, which is a danger with the percentage-of-portfolio approach. A 2020 Vanguard paper looked at the strategy again, this time using a 5% ceiling and –1.5% floor, while also factoring in annual inflation adjustments.

I like the ceiling-and-floor strategy, in part because my wife and I have no children and thus we don’t feel the need to leave behind a large estate. But in practice, I don’t use any of these approaches. Why not? They’re fairly simplistic and don’t take into account major life changes, such as selling your house or moving into a continuing care retirement community. They also don’t consider tax nuances, such as whether you’re selling investments that will trigger a big tax bill or not.

Instead, before my wife and I retired, I looked at how much we were spending each year and then figured out how that would change once we retired. I use that amount as our spending target. Yes, each year, I also use the Vanguard ceiling-and-floor method to make sure we aren’t too far off base. As long as we’re close to that spending level, I can be reasonably confident that my wife and I won’t run out of money.

This column was originally published on Humble Dollar. It was republished with permission.

Brian White is retired from the University of North Carolina, where he worked as a systems programmer and then director of information technology in the computer science department. His previous articles include Late to the Rescue, A Simpler LifeandTime to Retire.