Home
Stocks
: What minimum-wage increases did to McDonald’s restaurants — and their employees
Prev Article Next Article 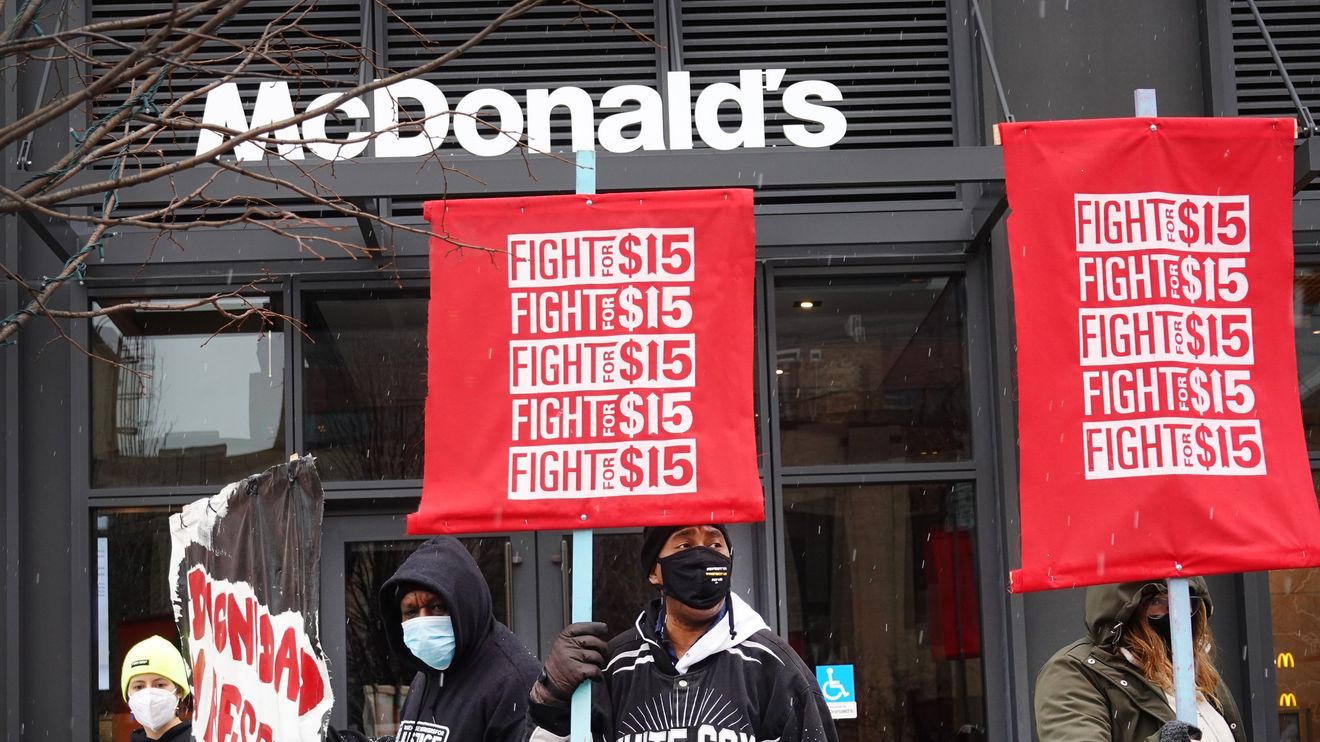 President Joe Biden and Democratic lawmakers are making a push to raise the federal minimum wage to $15 an hour from the current $7.25. Some lawmakers and business owners who are against the idea say it would create harmful effects, including business closures, job loss and an acceleration of the shift toward automation.

But those effects didn’t materialize in a five-year analysis of the impacts of minimum-wage increases at state and local levels as evidenced at more than 10,000 McDonald’s MCD, +0.49% locations in the U.S.

Related: ‘Irresponsible’ and ‘long overdue’: What economists and workers say about Biden’s bid for a $15 minimum wage and end to tip credits

In fact, as a result of the nearly 300 minimum-wage increases that took place between 2016 and 2020, many McDonald’s restaurants paid workers slightly above the new minimum wage to retain employees. That’s according to new research by Orley Ashenfelter, a Princeton University economist, and Štěpán Jurajda, an economist at Charles University in Prague.

The two economists collected survey data on the price of a Big Mac (including sales tax) and wage rates of basic hourly workers above the age of 18 from at least 90% of U.S. counties with a McDonald’s in every year.

They found that the higher cost of labor that results from increasing minimum wages gets passed on to consumers in the form of more expensive Big Macs.

More specifically, they estimated that a 10% minimum-wage increase leads to a 1.4% increase in the price of a Big Mac. On average, Big Macs cost $5.66 in the U.S., according to the Economist’s Big Mac Index.

Previous research has suggested that businesses are more likely to turn to automation to replace low-skilled workers in response to minimum wage increases.

While more than 75% of McDonald’s restaurants used touch-screen ordering kiosks in 2019, up from just 20% in 2017, Ashenfelter and Jurajda weren’t able to conclude whether this was directly related to minimum wage hikes.

Chris Kempczinski, McDonald’s president and CEO, acknowledged the push lawmakers are making to raise the federal minimum wage to $15 an hour on the company’s Thursday earnings call with investors.

“Our view is the minimum wage is most likely going to be increasing, whether that’s federally or at the state level,” he said. As long as it’s done “in a staged way, and in a way that is equitable for everybody, McDonald’s will do just fine through that,” he added.

Separately, a McDonald’s USA spokesperson said they are “aware of the study and are reviewing it in detail.”

“It’s important to note that McDonald’s menu pricing is set by individual restaurant owner/operators and influenced by a number of market conditions, including employee wages, commodity costs and taxes,” the spokesperson said. “We remain committed to offering customers high-quality, affordable options across our menu.”

Learn to master your money: Sign up for MarketWatch’s free live series to boost your financial IQ

Because consumers did not significantly cut back on Big Macs as a result of price increases, company-owned locations did not need to shut down or even lay off employees, the study found. However, the price increases that occurred also meant that the wage gain workers received was effectively less impactful, because they as consumers would have to pay more for goods such as Big Macs.

What does this mean for the fast-food industry?

The leisure and hospitality industry, which includes restaurant workers, employs the greatest share of workers (11%) who earn hourly wages at or below the federal minimum across all industries, according to research published by the Bureau of Labor Statistics in 2019.

A separate 2013 study by University of California, Berkeley, economists found the fast-food industry has the largest share of workers who rely on public benefits, with 45% using government assistance.

A McDonald’s USA representative had previously told MarketWatch that “the average starting wage at U.S. corporate-owned restaurants is over $10 per hour and exceeds the federal minimum wage.”

“Our industry runs on a 3-5% pretax profit margin in a good year — during a pandemic is not the time to impose a triple-digit increase in labor costs,” Sean Kennedy, executive vice president of public affairs at the NRA said in a statement. “Far too many restaurants will respond by laying off even more workers or closing their doors for good.”

Ashenfelter and Jurajda’s findings indicate the opposite. However, Ashenfelter acknowledged that these findings may not be translatable to other fast-food chains or industries because “other firms might behave differently.”

In other words, instead of raising prices of goods as McDonald’s did, some businesses may instead layoff workers.

Indeed, the Congressional Budget Office, a nonpartisan federal agency, estimated that raising the wage to $15 an hour by 2025 would result in a median of 1.3 million job losses, though the same number of people would no longer be living below the federal poverty line if a $15-an-hour minimum wage were enacted. Overall, CBO found, wages would rise for some 17 million workers.

Read on: Yellen says raising minimum wage to $15 would have ‘minimal’ impact on jobs, but nonpartisan Congressional Budget Office disagrees