Home
Stocks
The Tell: Here’s what one hedge fund trader says happened in Thursday’s bond-market tantrum, which sent the 10-year Treasury yield to 1.60%
Prev Article Next Article
This post was originally published on this site 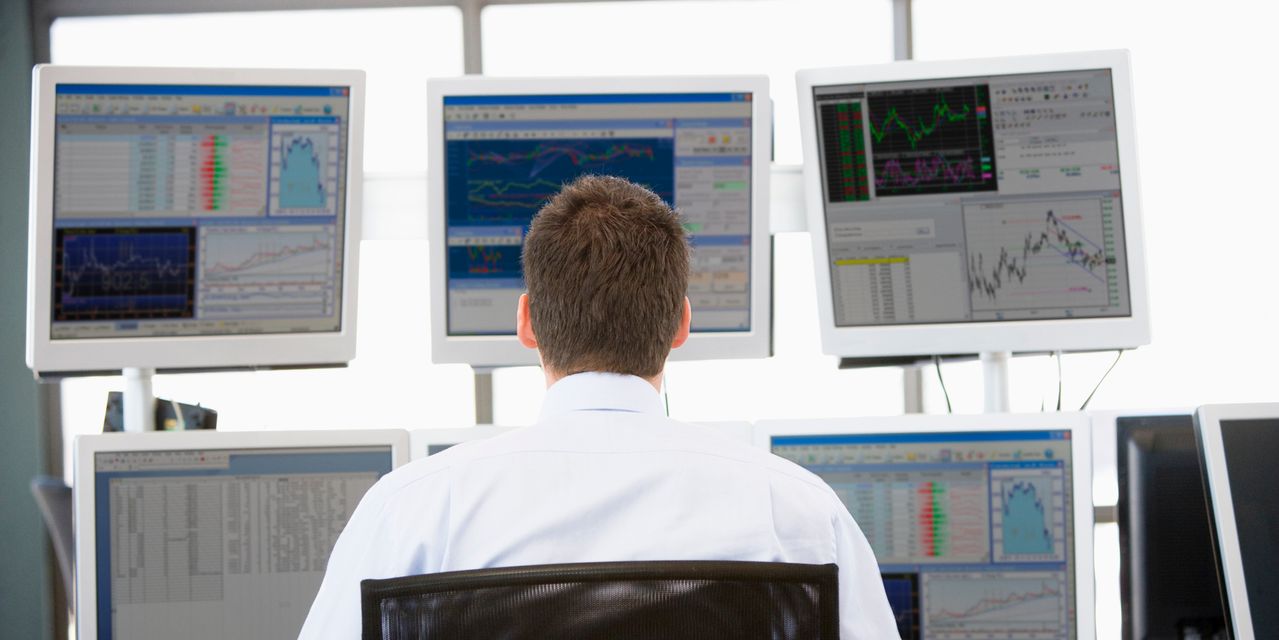 A maelstrom of selling took bond markets apart on Thursday.

Even for an investment veteran like Gang Hu, the forced unwinding of popular trades in the Treasurys market midweek was among the most violent in his career.

“What happened Thursday was a complete dry-up of risk appetite in the fixed income space,“ said Hu, managing partner and founder of hedge fund Winshore Capital Partners, in an interview, who added he had been sitting on the sidelines since last week when the selloff in Treasury markets gained steam.

Hu had previously served as the head of inflation trading at bond fund giant Pacific Investment Management, or Pimco, and his career has included stints as a trader at BlueCrest Capital Management and a market maker at Credit Suisse.

His experience suggested that once bond-market sellofs, like the one experienced in the past week, got rolling, assessments of the appropriate interest rate based on economic and inflation forecasts didn’t matter to where yields were headed in the short-term.

“I told a co-worker of mine, ‘we’ve called the end of the selloff for the seventh time, maybe it’s time to stop calling it’,” Hu recalled.

Still, Hu says valid concerns around a surge in inflation and an eventual tightening by the Federal Reserve contributed to the massive Treasury selloff throughout this week. But Thursday’s move, at least, was also the result of backpedaling market participants trying to cut down their positions to avoid being caught by further rapid market moves.

The sharp rise in Treasury yields sparked a stock-market selloff Thursday, which hit tech and other highflying shares the hardest, sending the Nasdaq Composite COMP, +0.56% to its steepest loss since October. The Nasdaq bounced modestly Friday as yields pulled back, while the Dow Jones Industrial Average DJIA, -1.50% dropped nearly 470 points, or 1.5%. Major benchmarks ended the week lower.

Read: Cracks in this multidecade relationship between stocks and bonds could roil Wall Street

Need to Know: So long, there-is-no-alternative trade. What should investors do now?

Part of the issue in the bond market was that market-based measures of inflation expectations could not keep trucking higher if front-dated Treasury yields were dormant, anchored by the Fed’s accommodative stance.

But traders worried that in the event that price pressures did rise as much as feared, the Fed would have to tighten policy more quickly than it had planned, which would then curb inflation.

Those fears helped drive short-term rates higher, contributing to losses in popular strategies designed to profit from a surge in price pressures. Soon after, market participants unwound crowded trades like yield-curve steepeners, when traders simultaneously buy short-dated Treasurys and sell their long-dated peers to bet on a wider yield spread between the two maturities.

Finally, the evaporation of buyers and a rush of new supply on Thursday led to the worst showing in the 7-year Treasury note TMUBMUSD07Y, 1.126% auction’s history since its reintroduction in 2009, the trigger for the 10-year Treasury yield’s TMUBMUSD10Y, 1.438% brief surge to 1.60%. The benchmark maturity rate pulled back to 1.46% Friday.

Primary dealers who were left to take up the unsold bonds, one of their responsibilities in return for the privilege of trading directly with the Fed, may have needed to temporarily push yields higher to get rid of the bonds by the end of the day, Hu said.

“I suspect every trade was a risk-reduction trade on Thursday. Then you had the Treasury needing to issue so many bonds, but buyers not being in a mood to deal with it. Once [the auction] tailed, then there was just pure panic from the dealers,“ said Hu, referring to how bond-market traders describe a poor result in aTreasury auction.