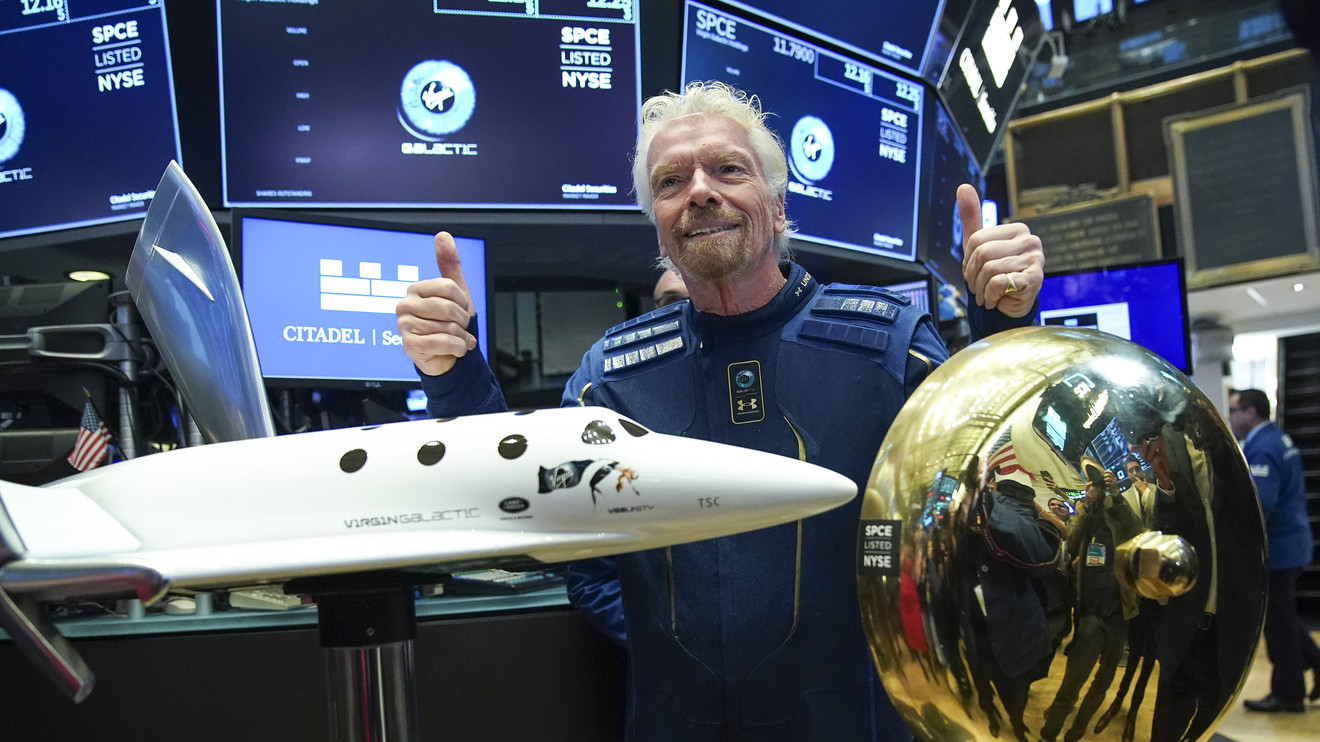 The company listed its shares via a merger with Social Capital Hedosophia Holdings Corp, a special purpose acquisition company (SPAC), or blank-check company, founded by ex- FB, +0.43%  executive Chamath Palihapitiya, which took a 49% stake in Virgin Galactic SPCE, -6.46%   for about $800 million. The deal valued the company at $2.3 billion.

Shares in the new entity, which are trading under the ticker SPCE, rose 8% in New York trading.

CEO George Whitesides said: “For the first time, anyone will have the opportunity to invest in a human spaceflight company that is transforming the market.”

The commercial space sector is projected to be worth $2.7 trillion by 2045, according to Bank of America Merrill Lynch.

These are the billionaires fueling the current space race:

Virgin Galactic, which is headed by former Nasa chief of staff George Whitesides, says it will be ready to start commercial operations in 2020.

The company has collected $80 million in deposits representing $120 million in “potential revenue” from customers including actor Leonardo DiCaprio and pop star Justin Bieber, who have each paid $250,000 for a 90-minute suborbital flight.

Branson, the investor and founder of Virgin Group, founded Virgin Galactic in 2004, but the company’s plans have been continuously delayed and it suffered a major setback in 2014 after a fatal accident that killed the pilot.

In September, Musk unveiled the Starship spacecraft designed to carry 100 passengers and cargo to the moon, Mars “or anywhere else in the solar system” and land back on Earth perpendicularly instead of horizontally.

Musk said orbital test flights would start in less than two months, with plans to land on the moon before 2022. The company has not yet flown a single full-scale prototype and its engineers haven’t said what type of life-support systems they will employ.

The company has raised more than $1.3 billion this year to build both Starship and Starlink, a 30,000 satellite network to provide high-speed internet coverage.

Last year, SpaceX named Japanese tycoon Yusaku Maezawa, the CEO of fashion retailer Zozo, as its first private passenger to travel around the moon, a trip that is penciled in for 2023. Maezawa will be accompanied by eight artists.

Read also: Why Tesla’s future might not be in Elon Musk’s hands

Blue Origin, founded by Amazon.com Inc. AMZN, -0.55% founder, billionaire Jeff Bezos, in 2000, is hoping to launch its first manned space flight on its New Shepard reusable rocket by the end of 2019.

Read now: Space is the next frontier in investing

Blue Origin will be the prime contractor for the lander project, with its Blue Moon lander serving as the heart of the system. In May, Bezos revealed a model of the Blue Moon lander and said his space venture was developing a hydrogen-fueled BE-7 engine to provide propulsion.