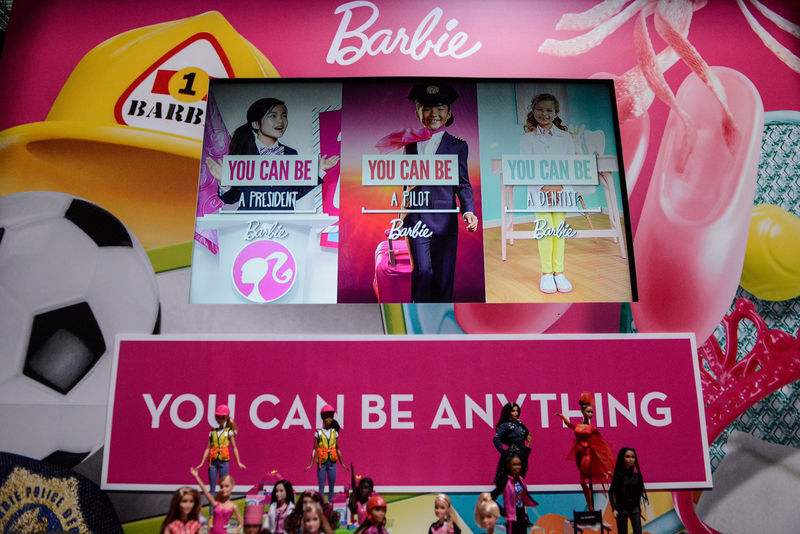 (Reuters) – Mattel Inc (O:) reported a surprise jump in quarterly revenue on Tuesday as newer models energized demand for its flagship Barbie brand, while the launch of dolls based on Korean pop-sensation BTS lifted international sales.

Worldwide Barbie gross sales rose 10% to $412.8 million in the third quarter, while analysts had expected a 1.2% drop on fears that demand would ease in the run-up to the release of the Disney princess movie “Frozen 2”, the doll rights to which are owned by Hasbro Inc (O:).

Mattel bagged the rights for dolls based on the seven-member band earlier this year.

BTS and Barbie, which has been modernized with variants of based on popular celebrities, role models, different skin tones and professions, helped lift worldwide doll sales by 5%.

Mattel, unlike rival Hasbro, said it was not seeing any cancellations by its retail partners ahead of a Dec. 15 U.S. tariff deadline on Chinese toy imports.

“At this stage, we are not seeing any impact from tariffs and we don’t expect anything this year,” Kreiz said, adding consumer sentiment was strong heading into the crucial holiday season.

The disclosure was a result of an investigation by the company into an anonymous whistleblower letter that was made public in August.

The investigation found that income tax expenses were misstated in the third and fourth quarters of 2017, and while there was no impact on full-year financials, the error was not reported to then-CEO Margaret Georgiadis.

The toymaker had canceled a debt sale in August after receiving the letter.

Euteneuer, who was appointed as finance chief in 2017, will leave after a transition period of up to six months. The company is conducting a search for its next CFO.

Mattel’s third-quarter net sales rose 3% to $1.48 billion from a year earlier, while analysts had expected a fall of 0.5%.