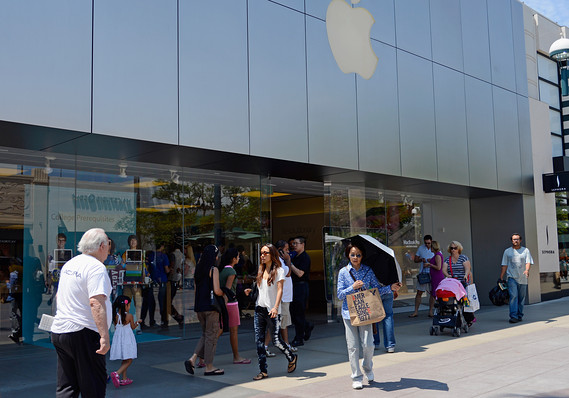 The numbers: Americans remained fairly confident in the economy in October as trade tensions with China died down and stocks rebounded to record highs.

The consumer confidence index edged down to 125.9 from a revised 126.3 in September, the Conference Board said Tuesday.

Economists polled by MarketWatch had forecast a reading of 128.0.

The index of consumer confidence peaked at an 18-year high of 137.9 exactly one year earlier. It’s been up and down every since: Up when the U.S. and China appeared closer to a trade deal and down when talks fizzled.

Read: ‘We are all screwed!’ The U.S. is like a banana republic, warns money manager

What happened: American feel pretty good about the economy right now, but they’re not quite as confident about the future.

Yet an index that looks at expectations six months from now declined to 94.9 from 96.8.

Although spending slowed down sharply in third quarter, Americans are still spending enough to keep the economy out of recession. Falling interest rates are also doing their part by making homes, autos and other big-ticket items cheaper to purchase.

To keep the economy moving forward, the Federal Reserve on Wednesday is expected to cut interest rates again. The U.S. and China have also worked to tamp down trade tensions to reduce the angst that’s caused business spending and investment to retrench.

So far the potential impeachment of President Trump has made little dent in consumer confidence.

What they are saying?: “Confidence levels remain high and there are no indications that consumers will curtail their holiday spending,” said Lynn Franco, director of economic indicators at the privately run Conference Board.