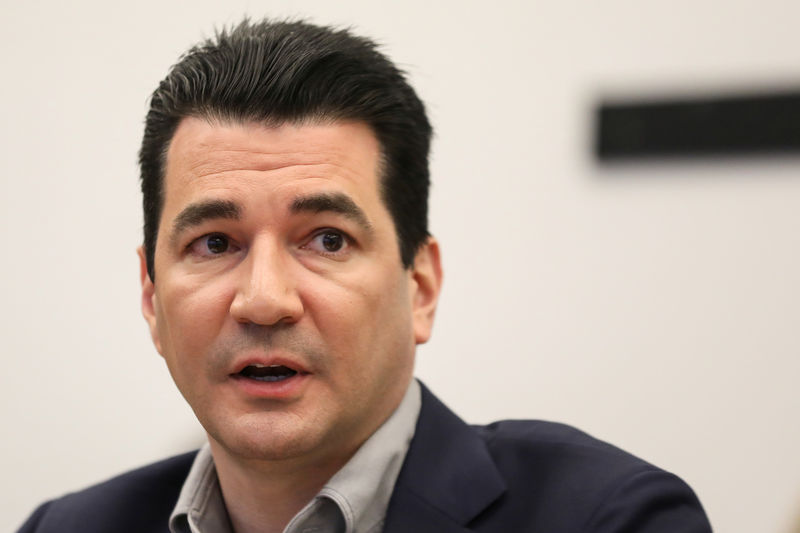 Since leaving the FDA in April, Gottlieb has revealed little about what types of investments he would make in his new role at New Enterprise Associates, one of the country’s largest venture capital firms where he worked prior to his time in government.

But in an interview, Gottlieb said he intends to use his expertise to back therapeutic areas that other healthcare investors have overlooked due to concerns over how the treatments are paid for.

Near the top of his list are companies researching new kinds of antibiotics, an issue he advocated for while at the FDA.

“I’m very interested in finding opportunities in the anti-infective space, particularly around multi-drug resistant organisms,” Gottlieb said in an interview. “Anti-infectives have been unloved for a very long time. There’s a huge clinical need.”

In many ways, it’s a contrarian bet. Global health officials have repeatedly warned about the rise of bacteria and other microbes that are resistant to most available drugs, raising the specter of untreatable infectious diseases that could spread rapidly.

But few large drugmakers are researching new medicines that can combat these so-called “superbugs” because the economics often work against them. Drugmakers earn more revenue the more drugs they sell. However, antibiotics are more effective the less they are used.

Pfizer Inc (N:), whose board Gottlieb joined in June after leaving government, is one of the few remaining large players still in the space along with GlaxoSmithKline Plc (L:), which this week begun late-stage testing of an experimental antibiotic in patients with urinary tract infections and gonorrhea.

Smaller players, meanwhile, have struggled to find financing. Achaogen Inc said earlier this year that it would file for bankruptcy despite having brought a novel antibiotic through FDA approval. Tetraphase Pharmaceuticals, Inc (O:) plummeted earlier this month after it gave a disappointing sales forecast for its antibiotic treatment.

Gottlieb said the sector’s low valuations create an opportunity to roll up therapies into a larger company focused on making antibiotics.

“After the Achaogen episode, a lot of valuations have been driven down quite dramatically. I think there’s an opportunity to try to find some existing assets and maybe build a company around those assets,” he said.

“That’s what I think I’d be interested in doing,” Gottlieb said. “There are other investors that are interested in this as well. I think the capital is out there to do that.”

While at the FDA, Gottlieb advocated finding new ways to pay for antibiotics, such as a licensing model that would charge hospitals upfront for access to new kinds of anti-infective drugs rather than paying for them on a per unit basis.

In the past, Gottlieb was criticized over potential conflicts of interest between his government and private sector work, including an investment in Kure Corp, a privately-held vaping company. Gottlieb promised to divest that interest prior to joining the FDA, where he assumed oversight of the burgeoning e-cigarette market.