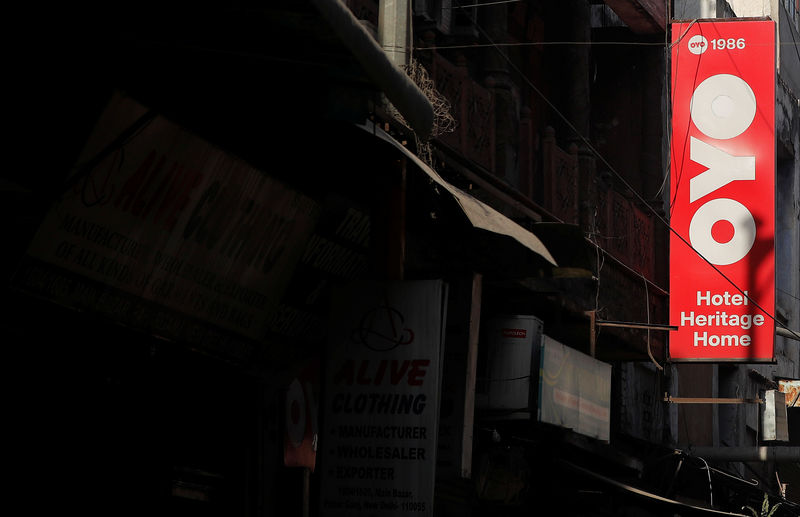 There is a “prima facie case for investigation” against MakeMyTrip and Oyo for alleged violations of rules barring uncompetitive agreements between parties, the Competition Commission of India (CCI) said in an order dated Oct. 28.

The order follows a complaint from the Federation of Hotel and Restaurant Associations of India (FHRAI), an industry body.

Both Oyo and MakeMyTrip allow guests to book hotels through their mobile apps while charging hotels a fee on room revenue, but Oyo also franchises its brand and offers standardized amenities at hotels on its network.

Gurugram-headquartered Oyo, valued at $10 billion and one of the world’s largest hotel chains, is already facing backlash from an increasing number of Indian hotel operators who are complaining about being blindsided by fee increases.

The backlash against Oyo has come at a sensitive time for its major investor SoftBank, which is struggling to close its second $100-billion plus Vision Fund and has faced challenges at some of its other marquee bets such as WeWork and Uber (N:).

While Uber has seen its valuation slide after a poor market debut in May, SoftBank has also had to endure a painful bailout of WeWork following a failed public listing.

The FHRAI said agreements between Oyo and Nasdaq-listed MakeMyTrip were restricting market access to Indian hotel chains such as Fab Hotels and Treebo, according to the CCI’s order. “(MakeMyTrip) and OYO have entered into confidential commercial agreements wherein (MakeMyTrip) has agreed to give preferential treatment to OYO on its platform, further leading to a denial of market access to Treebo and Fab Hotels,” the CCI’s order said, quoting from the FHRAI’s allegations.

Oyo said in a statement it was reviewing the order and would cooperate with the CCI’s investigation.

“We will co-operate with CCI and demonstrate that the allegations are unfounded,” a MakeMyTrip spokeswoman said in an email.

The complaint from the FHRAI also included a long list of other allegations. It said Oyo and MakeMyTrip are hurting competition by offering deep discounts and charging “exorbitant” fees from hotels.

Oyo’s prices in small Indian markets are about 30% lower than average industry prices, which helps it attract more customers at the cost of smaller, independent hotels which are then forced to join Oyo’s network or lose out on potential revenues, the FHRAI said.

However, the CCI said it would not provide a finding on the allegations around discounts and excessive commissions before investigating the “market structure, entry conditions, cost structure of platforms” in the industry.

“There are no clear standards to determine what price is excessive or fair,” it said.

The FHRAI had also alleged that Oyo and MakeMyTrip misled customers by continuing to list some hotels on their platforms with a “sold out” sign even after the hotels asked the companies to sever ties.

The CCI said these allegations, in the case of MakeMyTrip, need to be investigated, but did not provide any finding against Oyo.