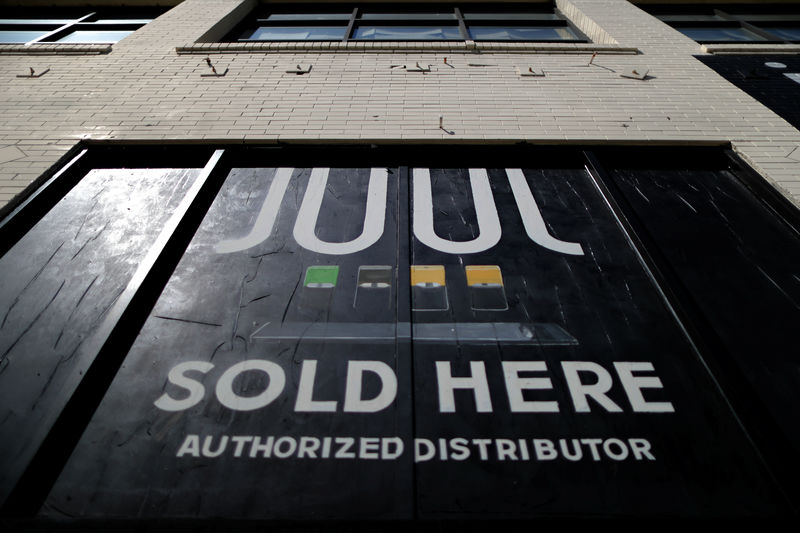 (Reuters) – Juul Labs Inc said on Tuesday that its Chief Marketing Officer Craig Brommers is leaving the company, just weeks after the e-cigarette maker suspending advertising in the United States amid concerns over the appeal of its nicotine products amongst teenagers.

In recent months, Juul, by far the most popular e-cigarette maker in the U.S., has come under scrutiny of regulators, lawmakers and state attorneys general who say the company’s colorful advertising practices helped in the sky-rocketing use of e-cigarettes among teenagers.

A company spokesman said Juul, which is undergoing a, broader reorganization under new Chief Executive Officer K.C. Crosthwaite, will terminate the role of chief marketing officer.

The U.S. Food and Drug Administration last month warned Juul that it was misleading consumers by marketing its USB resembling e-cigarettes as safer than cigarettes, and requested additional information on its nicotine blend.

Soon after, the Trump administration announced plans to ban all flavored e-cigarette products, citing an alarming growth in teenage use of the products.

Crosthwaite has said Juul, in which tobacco giant Altria Group Inc (N:) owns a 35% stake, will refrain from lobbying the Trump administration on the proposed flavor ban as it seeks to repair its public image and its relationship with regulators.