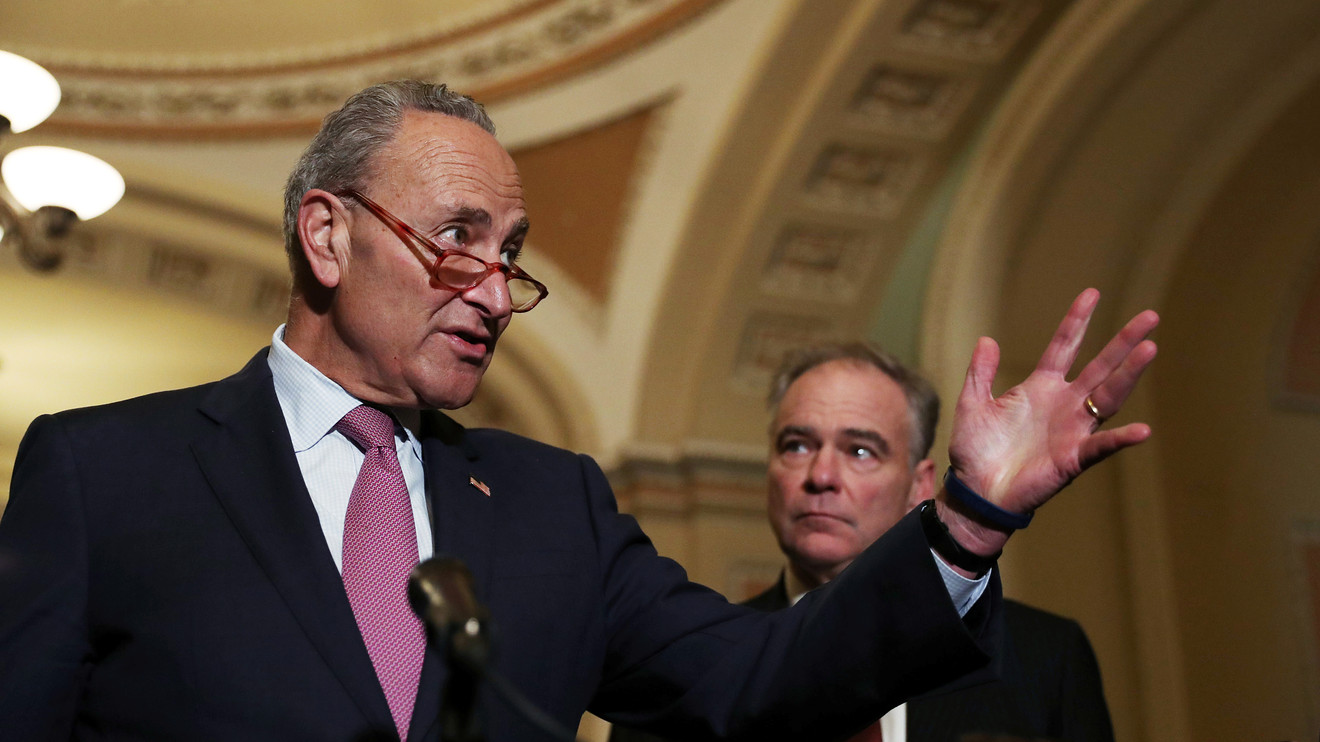 The top Democrat in the U.S. Senate said Tuesday he’s worried that President Donald Trump will shut down the federal government in an effort to impede the impeachment process.

“I’m increasingly worried that President Trump will want to shut down the government again because of impeachment. He always likes to create diversions. I hope and pray he won’t want to cause another government shutdown because it might be a diversion away from impeachment.”

Sen. Chuck Schumer of New York told reporters Tuesday that he’s concerned that Trump will refuse to sign a short-term spending bill as long as Democrats are pursing his impeachment.

#NEW: Senate Minority Leader Chuck Schumer says he fears Pres. Trump will welcome a government shutdown in order to delay or shutdown impeachment ahead of the Nov. 22 deadline: pic.twitter.com/VZZ08GIK3R

The government is funded through Nov. 21, and Congress needs to pass 12 appropriations bills or a short-term extension bill by then to avoid a shutdown.

Last December, the government shut down for a record 35 days after Trump refused to sign an appropriations bill because it did not include funding for a border wall.

The nonpartisan Congressional Budget Office estimated that the shutdown cost the U.S. economy $11 billion, shrinking real GDP in the first quarter by 0.2%.

House Democrats unveiled a resolution for impeachment procedures Tuesday, calling for open hearings. Also Tuesday, a National Security Council adviser testified that he twice raised concerns about Trump’s push for investigations into Democrats and Joe Biden by Ukraine, and the New York Times reported that he said the White House transcript of the call between Trump and Ukraine’s president omitted some key details.