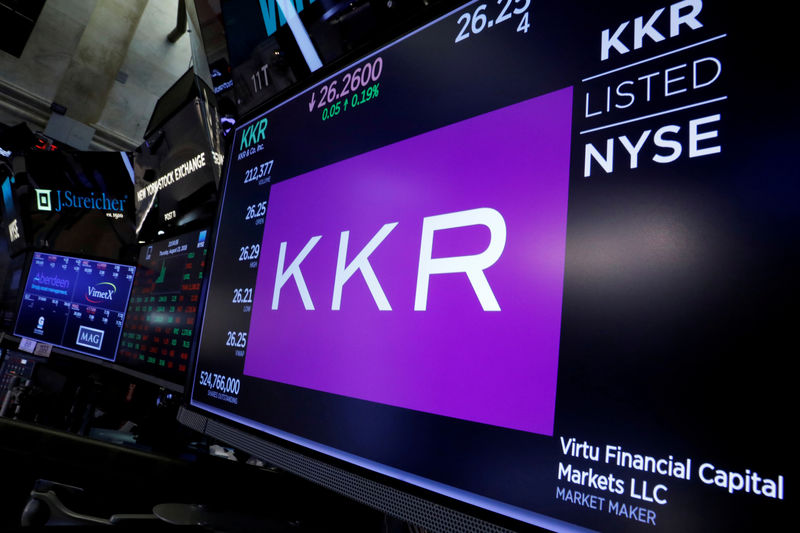 KKR said after-tax distributable earnings, the cash available for paying dividends, fell to $388.8 million in the third quarter, from $496.7 million a year earlier.

Still, KKR’s after-tax distributable earnings per share of 46 cents surpassed the average analyst estimate of 42 cents per share, according to Refinitiv.

Many private equity firms, including KKR, have sold fewer companies this year, even though the U.S. stock market is hovering near all-time highs, as potential acquirers balk at their valuation expectations. This has weighed on the income they generate from the lucrative fees accompanying such transactions.

During the third quarter, KKR-backed U.S. entertainment and talent agency Endeavor Group Holdings (N:) postponed a plan to raise $400 million in an initial public offering because of weak market demand for the money-losing firm – a move that hit KKR’s capital markets business, which had underwritten the IPO.

KKR said total assets under management climbed to $208 billion, up 7% from a year ago.

New York-based KKR said it plans to begin fundraising across its three largest flagship funds – Asia private equity, Americas private equity and global infrastructure – in addition to 20 other funds, as part of a plan to increase management fee revenue by 50% over three years.

“So given what’s coming to market plus our ongoing distribution efforts, if the fundraising environment cooperates and we continue to perform, we believe we can grow our management fees by at least 50% again over the next three years,” KKR Co-president Scott Nuttall said during a call with analysts on Tuesday.

Ongoing U.S-China trade tensions has heightened concerns that investments by U.S. investors in Chinese companies could be affected in a tit-for-tat retaliation as the world’s two biggest economies hold talks in an attempt to reach a trade deal.

KKR has been one of the biggest U.S. private equity investors in China and other Asian countries, bolstered by about $19 billion the buyout firm has raised in its three funds focused on the region. The firm’s investments in China include ByteDance, the owner of short-form video app TikTok, and Gambol Pet Group, a pet food manufacturer.

But KKR said it expects a minimal impact to the overall performance of its Chinese investments since they are focused on domestic consumption.

“I think the overall impact on the portfolio was one that is one that’s pretty small, and the same point of time, we’re trying to find ways to pursue opportunities if there are companies that have decided to exit the region,” KKR’s head of investor relations, Craig Larson, said during the earnings call.