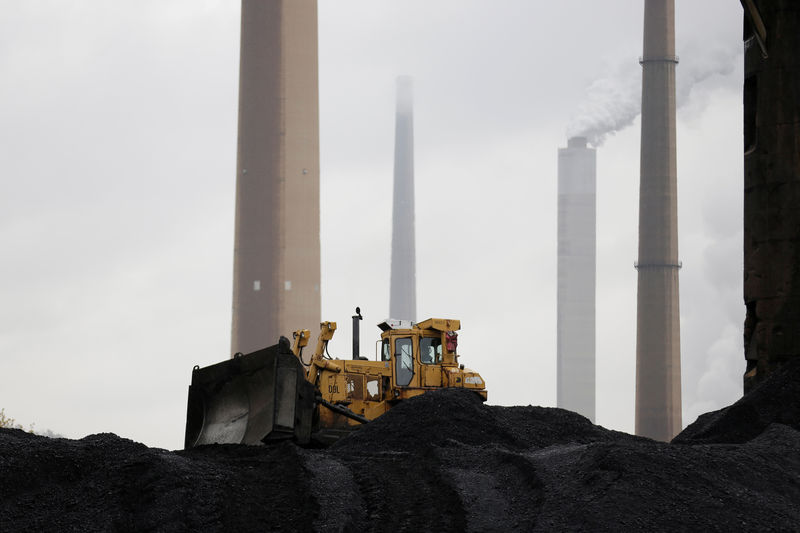 (Reuters) – Murray Energy Corp, one of the largest privately-held U.S. coal miners, whose founder is an outspoken supporter of President Donald Trump, became the latest in a string of coal companies to file for bankruptcy on Tuesday as generators shift to cleaner-burning and renewable energy.

As part of a restructuring, founder Robert Murray, a Trump ally and climate change denier, will step down as chief executive and a lender group will take on more than 60% of about $1.7 billion in claims.

“Although a bankruptcy filing is not an easy decision, it became necessary to access liquidity and best position Murray Energy and its affiliates for the future of our employees and customers and our long-term success,” Robert Murray said in a statement.

The bankruptcy comes even after the Trump administration weakened or eliminated dozens of environmental regulations that Murray and other executives had called burdensome for the coal industry.

Early in the Trump presidency, Murray presented the administration with a wish list of environmental regulations he wanted slashed as coal companies have struggled due to growing use of renewables and cheap natural gas.

Eight other coal companies have filed for bankruptcy over the last two years as natural gas has taken over as the primary fuel for U.S. power plants, while coal’s share of generation has collapsed.

The United Mine Workers of America said its members are preparing to fight for their wages and benefits should Murray seek relief from its obligations during reorganization.

“We have seen this sad act too many times before,” said UMWA President Cecil Roberts. “But that does not mean we will sit idly by and let the company and the court dictate what happens to our members and our retirees.”

West Virginia’s Democratic Senator Joe Manchin said an additional 14,000 miners were at risk of losing their healthcare benefits and 82,000 pensions are under threat, which “underscores the urgent need” for Congress to pass legislation to protect miners’ benefits.

Coal’s share of U.S. power generation is expected to fall to 22% in 2020, compared with roughly 25% this year. As recently as 2003, coal accounted for half of the country’s electricity generation, according to the U.S. Energy Information Administration (EIA).

The EIA expects the power sector will burn less coal this year than it has since 1979.

In addition to rolling back regulations on coal plants, the administration attempted to use emergency orders to bolster coal.

For example, Energy Secretary Rick Perry tried to slow the retirement of coal and nuclear plants through a directive in 2017 to subsidize the aging units, arguing those plants make electric grid more resilient, a policy advocated by Murray. Federal regulators rejected Perry’s plan, instead electing to study the issue further.

Murray was a donor to Trump’s presidential campaign in 2016 and a frequent attendee at events held by the administration, such as the announcement at the Environmental Protection Agency headquarters of its plans to kill the Obama-era Clean Power Plan carbon regulations.

The White House declined to comment on Murray’s bankruptcy filing.

The company intends to continue operating during the Chapter 11 reorganization with cash on hand and access to $350 million from lenders.

Robert Moore will take over as president and CEO of the company while Murray will head up the board of directors.