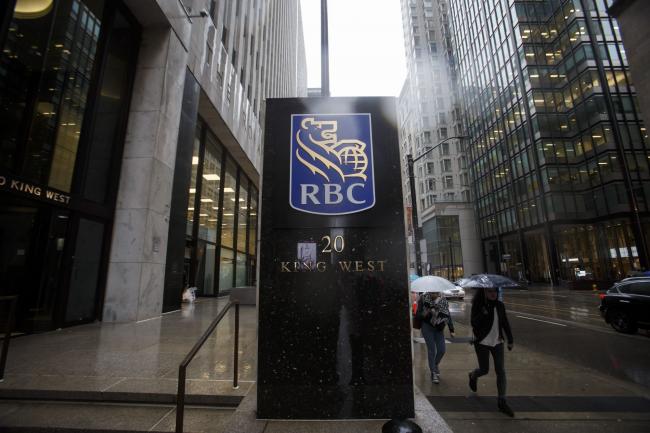 (Bloomberg) — Royal Bank of Canada’s biggest bail-in bond on record saw spreads tighten in secondary trading after the deal was oversubscribed by investors when first sold on Monday.

RBC’s C$2.5 billion ($1.91 billion) of five-year notes were quoted at a spread of 96.8 basis points over Canada’s 1.5% bonds due 2024 compared to 97.8 basis points yesterday, according to Bloomberg Valuation bid prices. The deal’s order book was oversubscribed around 1.5 times, people familiar with the transaction said on Monday.

The lender’s 2.609% bonds saw this increased demand amid a mixed tone in the global financial markets ahead of the Federal Reserve and Bank of Canada monetary policy meetings on Wednesday.

“A benchmark deal of that size will dictate how the bail-in sector trades,” Andrew Torres, chief executive officer at Toronto-based Lawrence Park Asset Management, which manages over C$500 million of assets. “The lead syndicate got the balance right.”

Canadian systemic banks began building their buffers of senior bail-in eligible securities in September 2018, and RBC was the first to sell the debt with a C$2 billion dollar deal. The bonds are designed to help prevent a repeat of the 2008 financial crisis when taxpayers worldwide had to rescue banks. Bail-in bonds are riskier than deposit notes because they may be converted to equity in the event a bank runs into trouble.

RBC last priced a benchmark-size, senior bail-in deal in loonies in July when it sold C$2 billion of five-year securities at a spread of 97.1 basis points over Canada’s 2.5% bonds due 2024, according to data compiled by Bloomberg. A representative for RBC hasn’t replied to a request for comment.