Home
Stocks
The Conversation: How to protect taxpayers after the California wildfires end and the rebuilding starts
Prev Article Next Article 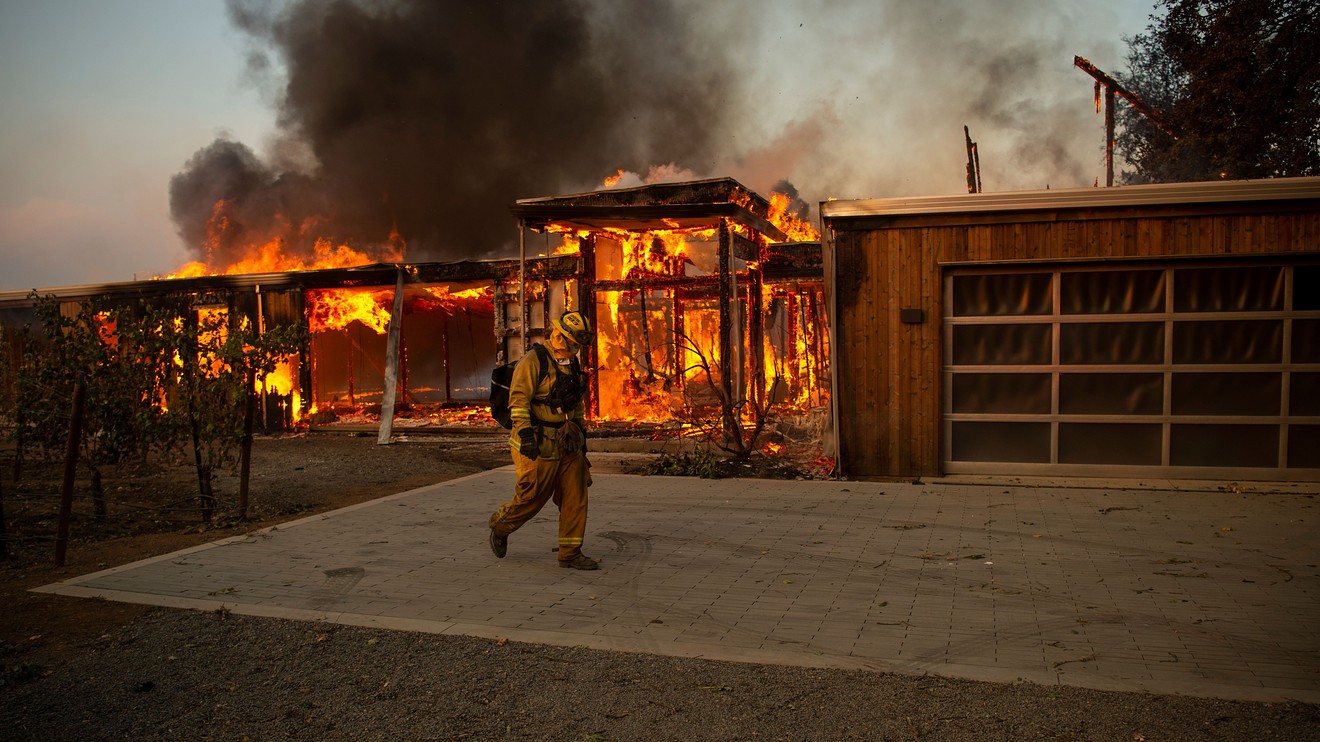 Almost 200,000 Californians have been ordered to evacuate as ferocious winds drove several wildfires near Los Angeles, San Francisco and elsewhere. Many fear they may yet again return to a home ravaged by fire.

For Californians in fire-prone areas, this has been a perennial cycle. As a result, a growing number of residents in the state want to ban people from building in areas at greatest risk.

That’s because taxpayers bear the burden of protecting homes in dangerous areas when fire breaks out — and they often help foot the bill when it’s time to rebuild. A recent assessment showed that 1 in 4 Californians live in an area at “high risk” of wildfire. And people tend to want to rebuild in the same spot that was hit by a disaster.

As a behavioral economist who studies the psychology of decision-making, I try to understand people’s motivations before taking a position in a policy debate. I believe there’s a better way for policy makers to achieve the same goal of getting people to avoid building in disaster-prone areas without forcing people from their homes.

The role of behavioral economics

In behavioral economics, there’s something known as the endowment effect.

The endowment effect is basically the idea that people overvalue things they already own. And it helps explain the common and seemingly irrational desire of many homeowners to rebuild in places at great risk of wildfire, hurricanes or other natural disasters.

Behavioral economists Daniel Kahneman, Jack Knetsch and Richard Thaler were the first to explain this effect in 1990. They conducted an experiment in which half their subjects were given a coffee mug. They asked those subjects to name the lowest price at which they’d be willing to sell their mug. They then asked those without mugs how much they would be willing to pay to buy one.

Since the subjects who received a mug were randomly chosen, there should have been little difference between the selling and buying prices, which represent how each group valued the mug.

Instead, the researchers discovered a significant gap between two groups. The median selling price, representing the people who already had mugs, was $5.79, more than double the $2.25 people were willing to pay. The conclusion is that someone with an item values it a lot more than someone who does not have it regardless of their actual preferences.

In the context of California wildfires or other natural disasters, the endowment effect says that someone who owns a damaged or destroyed home will have a strong preference for rebuilding over moving somewhere else.

To ignore this preference by putting an outright ban on rebuilding disregards the wishes of these people. It also squanders the potential impact of increased economic activity as a result of the new construction. Areas recovering from disaster are in great need of this kind of stimulus.

At the same time, I don’t think we should stand idly by and watch people continue to build homes in disaster zones. Such an approach creates an unfair burden for the state, which spends a significant amount of money providing disaster relief to affected areas.

Rather, my view — which is common among economists — is that the best policy when an activity imposes costs on society is to create a pricing system that pushes those costs back onto the individuals responsible.

With fuel for gas-guzzling vehicles, for example, the best policy is a tax equal to the cost that the pollution causes for society — this is how carbon pricing works. Such taxes are called Pigouvian taxes after economist Arthur Pigou, who developed the concept of “externalities” — or the unrelated side effects of some economic activity.

In the case of disaster zones, municipal property taxes need to reflect the additional costs of public services like disaster relief that are often provided by state and federal authorities. Governments can then use the extra revenue to finance disaster mitigation efforts or other initiatives in the public interest.

The key thing is that the tax creates a disincentive to engage in the undesirable activity short of an outright ban. And research shows these kinds of taxes are effective.

A challenge with the implementation of such a policy is that it is hard to assess the costs of relief in advance.

However, the insurance industry is very good at risk and cost assessment, and governments can use their methods to achieve the right pricing mechanism. The additional property taxes that would result would make living in disaster-prone areas more costly — and some people would certainly be willing to bear this burden — but this is what society needs in order to reduce the activity.

This softer approach, which could achieve the same ends as a heavy-handed ban, is a much better way to create a financial incentive for people to avoid rebuilding in dangerous parts of the country — saving taxpayer dollars and avoiding the inconvenience of preemptive blackouts like we’ve seen recently in California.

Alexander Smith is an associate professor of economics at Worcester Polytechnic Institute in Worcester, Mass. This was first published by The Conversation — “Wildfire rebuilding: Taxes are better than bans for keeping homeowners from rebuilding in fire-plagued areas.”