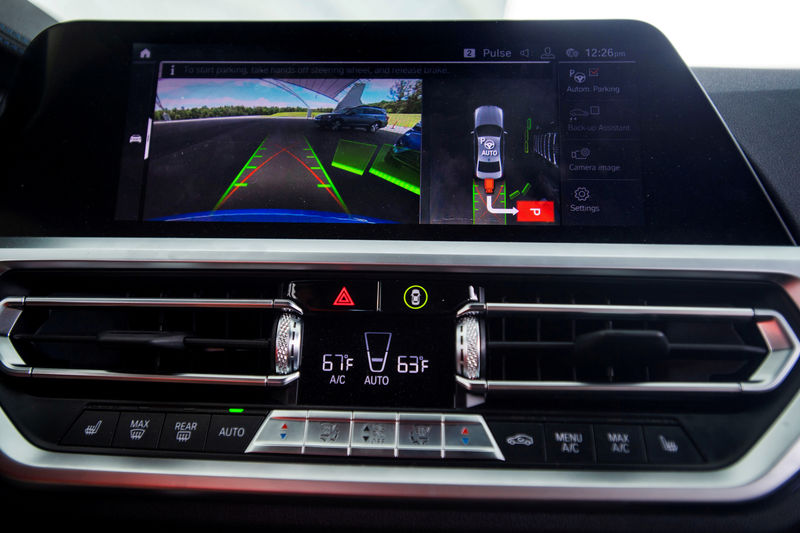 (Reuters) – The rapid rise of crash-avoidance technology has set carmakers and repair shops on course for a collision that could determine who controls the $800 billion auto aftermarket in the digital age.

Given the unprecedented sophistication of the systems, which include lane-keeping assistance, automatic braking and blind spot detection, many automakers say only parts and repairs from their authorized dealers can ensure safety.

This has drawn fire from the independent repair shops and suppliers that currently dominate the aftermarket. They say they can produce parts and fix cars at a fraction of the cost to drivers but are being locked out.

Subaru (T:), to take one car company, tells customers any problems caused by substitute replacement parts for its EyeSight system are not covered under its warranty: “Protect yourself and your investment by keeping your car 100% Subaru.”

It is not alone is issuing such guidance. A Reuters review of automaker positions on advanced driver assistance systems (ADAS) repair and calibration showed that Nissan (T:), its luxury division Infiniti and Volvo also say parts and repairs from unauthorized dealers will affect their warranties.

Some companies such as General Motors (N:) and Honda (T:), meanwhile, say original parts and authorized installation and repairs are important to ensure safety, but stop short of warranty warnings.

The aftermarket dispute is escalating in the United States. Independent repair shops and parts makers have asked the Federal Trade Commission (FTC), the government agency responsible for consumer protection, and state lawmakers to intervene.

They want carmakers to be prohibited from making warranties conditional on original ADAS parts or service, bringing the new tech in line with rules on traditional auto equipment, and want access to the latest diagnostic data from vehicle software.

“The auto industry is creating the false narrative that you can either have safety or you can have repairability,” said Paul McCarthy, president of the Motor & Equipment Manufacturers Association (MEMA) of independent suppliers.

The car industry, however, argues the level of sophistication of the new technology changes the aftermarket game. The Auto Alliance, a U.S. trade group representing automakers, says they provide the required training and information, but that shops often lack the resources or expertise.

“Technology is allowing for great advancements in safety, so it is incumbent on technicians to stay current,” a spokesman said.

The FTC, which is still soliciting industry views and public comments on the repair issue, declined to comment.

Regardless of the rights and wrongs, the rise of automated driving software is set to reshape the sector, and there’s much to fight over: the aftermarket auto repair industry is worth $390 billion a year in the United States, and more than double that globally, according to trade groups and analysts.

Whoever wins will be in pole position to benefit from the anticipated self-driving car revolution, for which ADAS features are considered a precursor.

Currently only 10% of all cars on U.S. roads are equipped with ADAS, but that number is expected to grow rapidly, with carmakers pledging to outfit almost every new vehicle with forward collision warning and city-speed automatic emergency braking by 2020. See GRAPHIC: https://tmsnrt.rs/31UcGMR

Cornering the aftermarket would give automakers – currently battling falling sales – a shot in the arm. But this would be potentially devastating for the network of independent “mom and pop” shops that carry out most U.S. repairs and employ millions of people.

The new systems contain cameras, radar and ultrasonic sensors built into bumpers, fenders, mirrors and windshields, which make fixing vehicles after even minor collisions more complicated and expensive than ever.

Edward Salamy, executive director of the Automotive Body Parts Association, said independent suppliers could produce ADAS parts for 25% to 50% of the price charged by automakers.

Aftermarket windshields, on average, are roughly $420 cheaper than original ones, according to data from the U.S. Insurance Institute for Highway Safety (IIHS) and Reuters interviews with 11 U.S. repair shop owners.

However some automakers warn cheaper parts could represent safety risks. They say sensors have to be calibrated, a costly process requiring space, level ground, specific lighting and manufacturer-made scanning tools to access software.

Industry experts say consumers are largely unaware of the risks from improper repairs.

A survey among 500 consumers who had their ADAS-equipped cars repaired over the past two years found that 15% concluded their advanced safety systems had not been properly repaired, with the technology not working or acting differently, according to Kyle Schmitt, managing director of insurance business intelligence at research firm J.D. Power.

The rate of perceived problems with repairs was around four times higher at independent shops versus dealers. GRAPHIC: https://tmsnrt.rs/31UcGMR

In one such example, tests by the IIHS showed non-authorized aftermarket windshields could prevent sensors working properly.

Aftermarket trade groups are also framing the issue as a matter of safety. They say drivers might put off having costly but necessary repairs, and argue dealerships lack the capacity to service the growing number of ADAS-equipped cars.

In an April letter to the FTC, the MEMA said at least 30 million cars on U.S. roads had ADAS-related repair restrictions from manufacturers preventing aftermarket players fixing them.

Without using manufacturer-made scanning tools, repair shops are unable to interpret and fix 20% to 30% of ADAS diagnostic trouble codes, often meaning they have to send cars to dealerships, according to the 11 shop owners.

However those tools and access to repair data cost up to $100,000, a prohibitive sum for many stores, the shop owners said. The figure is not disputed by the auto industry.

Allstate Corp (N:), a U.S. auto insurance giant, agreed with some of these concerns.

Four automotive lawyers told Reuters that ADAS liability is largely a gray area too, as technology overtakes legal precedent, and there has been no open litigation over malfunctioning ADAS post-repair to date.

“The theory would be that the manufacturer has a reasonable defense if it makes repair guidance clear, but it’s always going to depend on the case and there are a lot of potential scenarios down the pike,” said Washington-based Jackie Glassman, partner at King & Spalding.

Some companies spy a business opportunity.

New entrants, like Smart Express and asTech, have invested in manufacturer-approved scanning and calibration tools and are offering mobile services, dispatching workers in high tech-brimming vans to local repair shops.

Jeff Evanson, the chief operating officer of Smart Express and former vice president of global investor relations at Tesla Inc (O:), said he was convinced aftermarket tools and components would not live up to the safety requirements in an increasingly self-driving industry.

“While the auto industry has not thought through the problem it’s created, the complexity of these systems and the risks of hacking mean automakers have to lock down the repair information to make sure vehicles stay safe and secure,” he added.