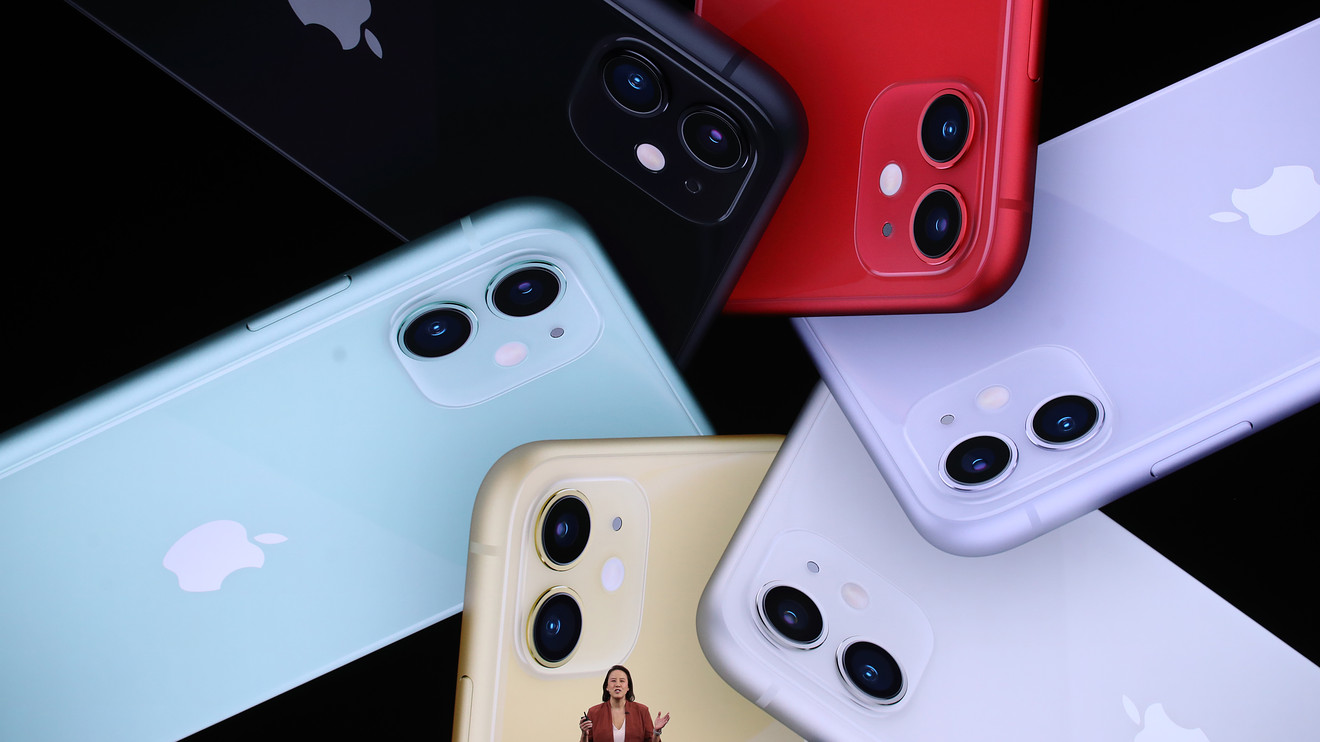 Apple Inc. gave an upbeat holiday forecast Wednesday even as the company saw iPhone revenue sink for the fourth quarter in a row.

The company AAPL, -0.01% handily topped expectations with its fiscal fourth-quarter report, posting revenue of $64 billion, up from $62.9 billion a year earlier, above the $63 billion analysts surveyed by FactSet had been forecasting. Net income dropped to $13.7 billion from $14.1 billion, but on a per-share basis, earnings rose to $3.05 from $2.91. Analysts were modeling $2.83 in earnings per share.

The stock was up 1.1% in after-hours trading Wednesday.

For more coverage of Apple’s earnings and conference call, see our live blog

Apple’s numbers for the September quarter contained a few weeks of iPhone 11 sales, as all three of the company’s new devices became available for pre-order on Sept. 13 and officially went on sale Sept. 20. Revenue from iPhones fell to $33.4 billion from $37.2 billion, while analysts were expecting $32.8 billion.

High points for the company were its wearables and services segments. The company’s wearables, home, and accessories unit saw revenue jump 54% to $6.5 billion. Analysts were calling for $5.9 billion. Services revenue climbed 13% to $12.5 billion, above the FactSet consensus of $12.2 billion.

The key metric heading into Apple’s report was its December-quarter outlook, which gives a fuller glimpse into how Apple expects the iPhone 11 family to perform, especially heading into the crucial holiday season. Management gave a forecast of $85.5 billion to $89.5 billion for the fiscal first quarter, whereas analysts were calling for $86.7 billion.

Shares have gained 54% so far this year, as the Dow Jones Industrial Average DJIA, +0.43%, of which Apple is a component, has climbed 17%.