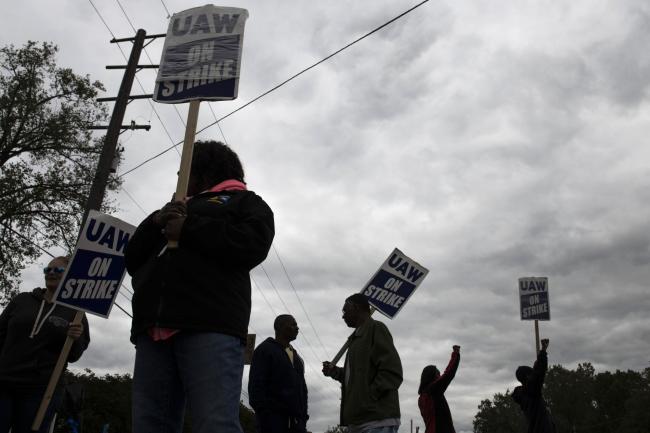 The accord, which includes $6 billion of product investment in U.S. facilities and creating and retaining more than 8,500 jobs, will be subject to review by the UAW’s Ford council, and then a ratification vote, according to a statement.

The union turned its attention to bargaining with Ford on Oct. 25 after ending a 40-day strike against GM that the company estimates will lower earnings this year by about $2.9 billion.

“This was an expensive deal at GM and it’s going to be ever more expensive at Ford, depending on what offsets Ford was able to get to tailor it to their needs,” said Kristin Dziczek, vice president of the labor and economics group at the Center for Automotive Research.

Ford can ill afford a strike. After paring back its profit forecast for the year last week, S&P Global Ratings became the second credit grader to cut its rating on the carmaker in as many months. S&P called Ford’s performance subpar and outlined risks to Chief Executive Officer Jim Hackett’s $11 billion turnaround plan, including sluggish industry sales and costly emissions standards.

The UAW also had less reason to take a hard-line approach to negotiating with Ford. Whereas GM was seeking to close several U.S. plants, Ford entered talks having made commitments to invest in electric and self-driving car facilities in Michigan. The company also employs more UAW members than GM or Fiat Chrysler Automobiles NV.