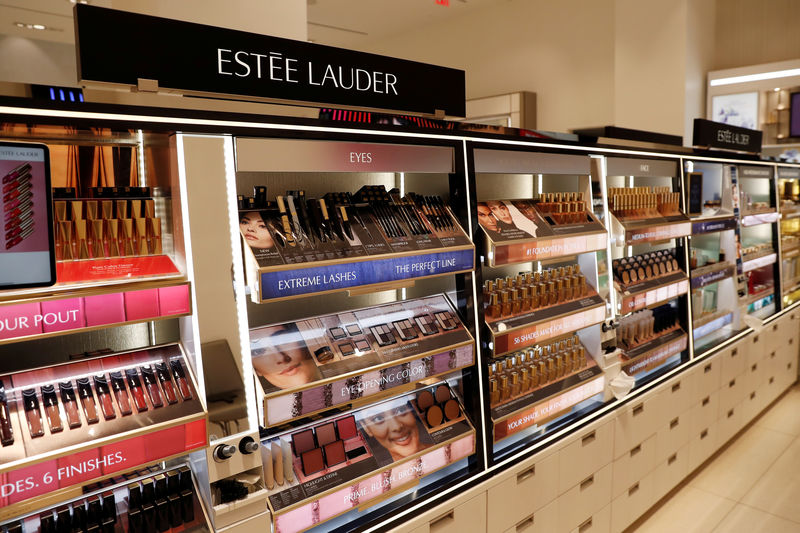 By Soundarya J and Praveen Paramasivam

(Reuters) – Estee Lauder Cos Inc (N:) cut its full-year profit forecast on Thursday as it expects to take a hit from the ongoing unrest in Hong Kong and a stronger dollar, taking the sheen off its better-than-expected results and sending its shares down 5%.

Luxury goods companies and retailers have felt the pinch from months of pro-democracy demonstrations in Hong Kong that have forced some shops to close temporarily, and kept tourists away from one of the world’s most vibrant shopping destinations.

The cosmetics maker said net sales from Hong Kong, which makes up just under 4% of its global business, had fallen 20% in the first quarter.

“Hong Kong has been difficult,” said Chief Executive Officer Fabrizio Freda on an earnings call with analysts, adding that there was no sign of improvement in the business there to date.

Estee Lauder also said it was mindful of, among other risks, moderating growth in China from recent levels, where its sales have been growing in double digits on booming demand for high-end luxury products from affluent Chinese consumers.

“Given the fact that there are global macro slowdowns, even though we haven’t, in fact, seen it in China and haven’t seen it affect our Asia business in general … it certainly could happen,” Chief Financial Officer Tracey Travis said.

Estee Lauder, which generates 68% of revenue from Asia-Pacific, Europe, the Middle East and Africa market, said the strong dollar would hit its earnings by 5 cents per share.

Another sore spot for the M.A.C brand owner was its Americas business, which is being pressured by weaker customer traffic at brick-and-mortar stores as customers shift to online shopping and buying at specialty beauty shops.

“U.S. performance will remain a concern and focus for investors as market has decelerated after Estee Lauder had talked of sequential improvement in Q4,” Atlantic Equities analyst Edward Lewis said.

Sales in the U.S. market fell 6%, while operating income dropped 25%. In contrast, Asia Pacific region that accounts for a quarter of total sales rose 24% in the quarter.

Overall, net sales climbed 11% to $3.90 billion on the strength of its skin care brands like La Mer.

Analysts on average had expected revenue of $3.85 billion and adjusted profit of $1.60 per share, according to IBES data from Refinitiv.