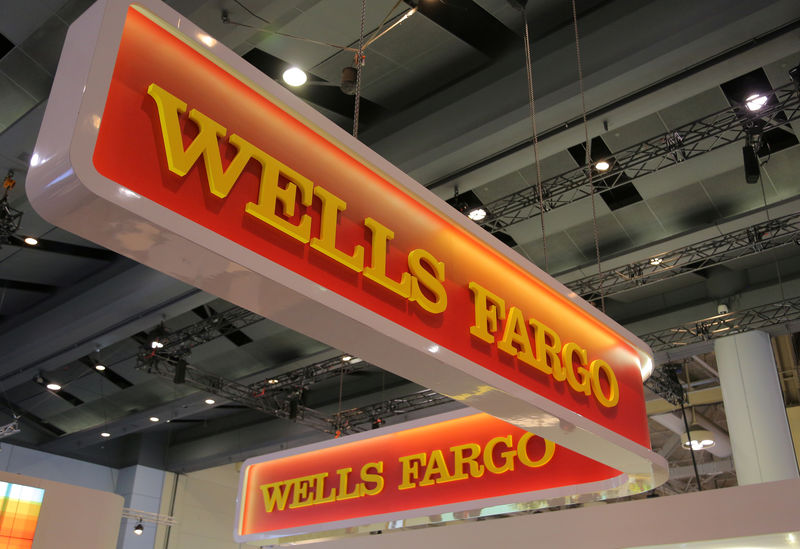 (Reuters) – Wells Fargo & Co’s (N:) new chief executive, Charlie Scharf, told employees this week he is more hands-on in his early days than at his previous CEO roles in order to tackle the bank’s regulatory and operational problems as staff grilled him about everything from growth targets to his family dog.

When he started as CEO jobs in that past, Scharf focused on learning about the companies but at Wells Fargo, the need to develop controls has brought a sense of urgency, he told employees on Tuesday at Wells Fargo’s campus in Charlotte, North Carolina. A source provided Reuters a recording of the event.

“If I’ve got a point of view and think I can be helpful where I think we can help bring resources to bear, I’m not going to sit there like a wallflower,” he said at the town hall.

Scharf, 54, took over the CEO role on Oct. 21, as the bank entered its fourth year of a wide-ranging sales practices scandal.

Approved by regulators and cheered by investors as an outsider who could bring fresh perspective to Wells Fargo’s C-suite, he must now try to settle outstanding regulatory probes, repair the bank’s image and improve morale among staff.

Scharf said he is up to the task.

“We all have to act a little bit more impatient for some of these things, and demand more of each other,” he said. “I’m going to constantly ask the question, ‘Can we do a better job? Can we do something faster?’”

Scharf came to Wells Fargo after CEO stints at Visa (N:) and Bank of New York Mellon (N:) and several years working in the top ranks at JPMorgan Chase & Co (N:). His first days on the job were spent at board meetings in St. Louis and then with regulators and senior management at the bank’s headquarters in San Francisco, he said.

This week, he met with regulators and politicians in Washington and with other key executives including Chief Risk Officer Mandy Norton in Charlotte.

In the town hall meeting, Scharf said he is trying to bring a fresh sense of urgency to solving Wells Fargo’s regulatory woes. The bank has already paid billions of dollars in fines and legal settlements, faced 14 consent orders with government agencies and remains under an unprecedented growth restriction on its balance sheet by the U.S. Federal Reserve.

Sources who have worked with Scharf described him has a detail-oriented leader who is more at home with numbers than people. However, during he town hall, his first event with the company, Scharf framed himself as a family man who places a lot of value on relationships, especially with his yellow Labrador, Bebe.

Winning over employees is also key for Scharf to achieve operational targets while those matters move toward resolution. Wells Fargo has posted sluggish revenue growth and had trouble cutting expenses since the scandal erupted in September 2016.

Initially, the sales abuses centered around millions of phony customer accounts but eventually revealed overcharges on auto and home loans and other improper practices. In an internal survey this year, just 38% of employees said they felt senior management understood obstacles faced by workers. With roughly 262,000 employees, Wells Fargo has the largest employee base of the major U.S. banks.