Home
Stocks
The Number One: FAANG companies’ employees donate most often to this presidential candidate
Prev Article Next Article

When it comes to contributions to 2020 White House contenders this year, employees of the so-called FAANG companies and Microsoft have given most often to the Vermont senator. That’s shown in the graphic below created by Yahoo Finance, which looked at the number of donations made to seven top Democratic candidates and President Donald Trump by employees at Facebook FB, +2.16%  , Amazon AMZN, -0.32%  , Apple AAPL, +1.50%  , Netflix NFLX, -1.48%  and Alphabet’s Google GOOG, -0.58% GOOGL, -0.69%  plus Microsoft MSFT, -0.85%  .

Sanders got just under a third of such contributions, followed by rival Elizabeth Warren at just over 20%. 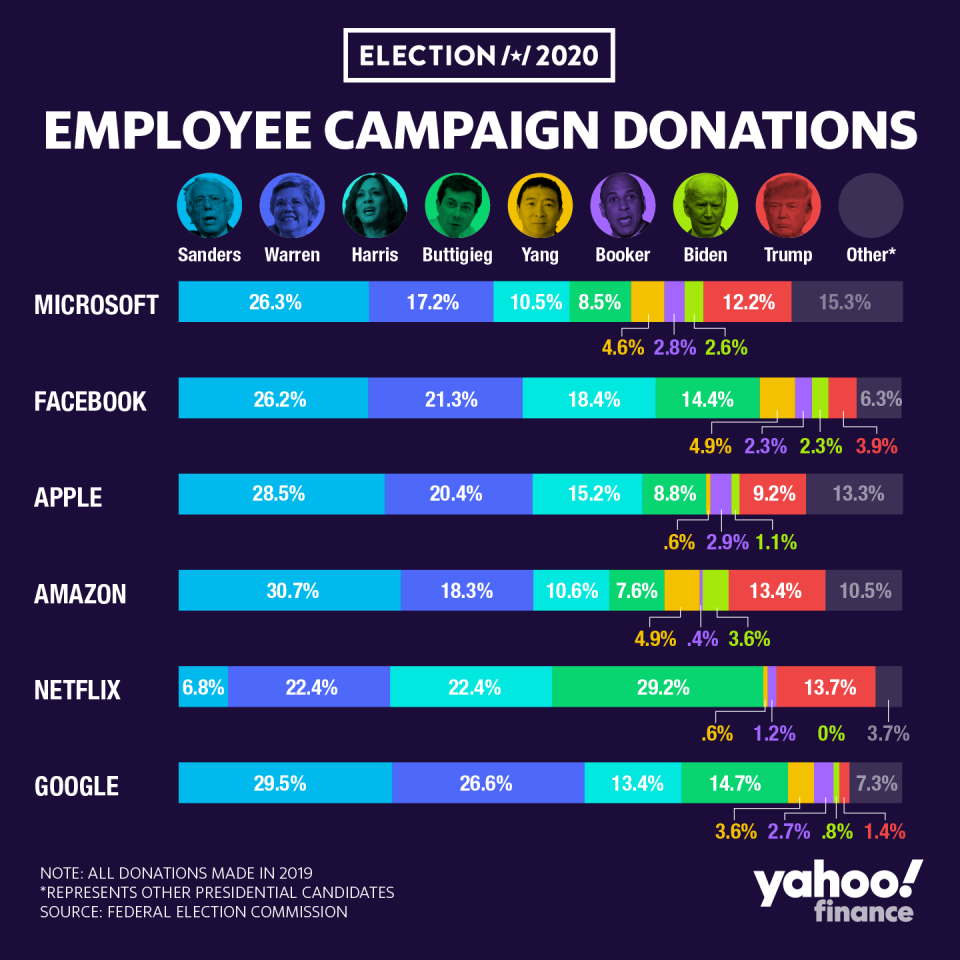 Sanders is also No. 1 in the large Democratic field in terms of overall fundraising, while Warren is No. 3.

Last year, Sanders rolled out a STOP Bezos Act that targeted Amazon and helped bring about a minimum-wage hike at the e-commerce heavyweight. Warren, for her part, has a plan to break up Big Tech, and she has sworn off contributions over $200 from executives at big tech companies.

While such stances haven’t stopped Sanders and Warren from attracting contributions from large tech companies’ employees, the two politicians haven’t received donations from S&P 500 SPX, -0.65% CEOs, unlike other Democratic 2020 contenders. That’s according to a MarketWatch analysis of donations made between January 2017 and June 2019.

See: Here’s who America’s CEOs are backing in the Democratic presidential race