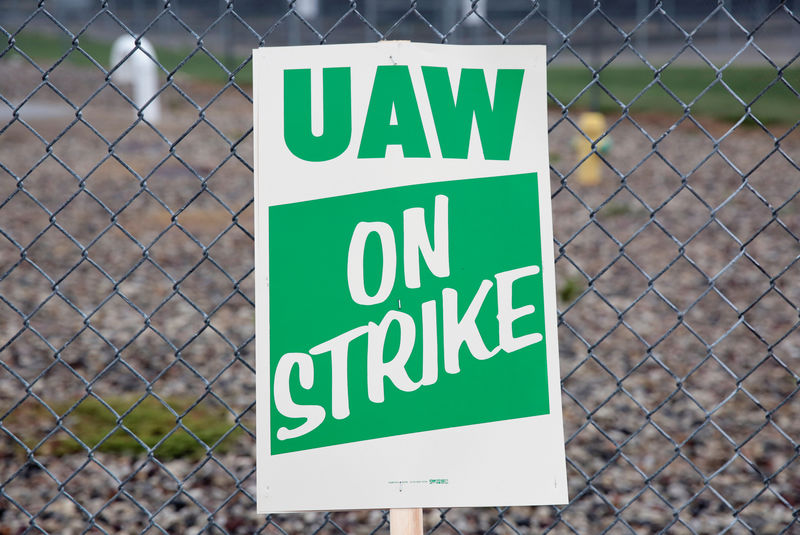 By Ben Klayman and Nick Carey

DETROIT (Reuters) – A United Auto Workers official was charged on Thursday with embezzling hundreds of thousands of dollars in an alleged scheme that a person familiar with the case said involved union President Gary Jones.

Edward Robinson, working with several unnamed UAW officials, was charged with conspiracy to embezzle union funds and conspiracy to defraud the United States for stealing more than $1.5 million from the UAW from 2010 to about September 2019, according to documents filed in the U.S. District Court in Detroit.

The charges for Robinson come at a delicate time for the UAW. The union has just negotiated a tentative four-year labor agreement with Ford Motor Co (N:) that still needs to be ratified by 55,000 UAW members at Ford.

Involved in the fraud were several unnamed UAW officials, one of whom was identified as “UAW Official A,” according to the complaint. Official A is Jones, said the person, who asked not to be identified discussing the ongoing investigation.

The U.S. Attorney’s Office in Detroit declined to comment on the identities of the unnamed officials.

The FBI has been conducting a wide-ranging investigation into illegal payoffs to UAW officials by FCA and the union had hoped to put the federal probe behind it by electing Jones, a former regional director for the union, as president in 2018.

Jones was chosen as he seemed far removed from the scandal, but in late August the FBI conducted searches at Jones’ suburban Detroit home and other locations.

The complaint against Robinson and the unnamed officials described a “multifaceted scheme to embezzle funds from the UAW … to further fuel the lavish lifestyles to which these officials had become accustomed.”

In one instance, the complaint said Robinson managed to cash up to $700,000 in unauthorized checks and then split those funds with Official A.

Also named in Thursday’s complaint was Vance Pearson, who was charged last month by federal officials. Pearson served as Jones’ second in command from 2016 to 2018 and replaced him last year as director of the UAW’s so-called Region 5, which covers 17 western and southwestern U.S. states.