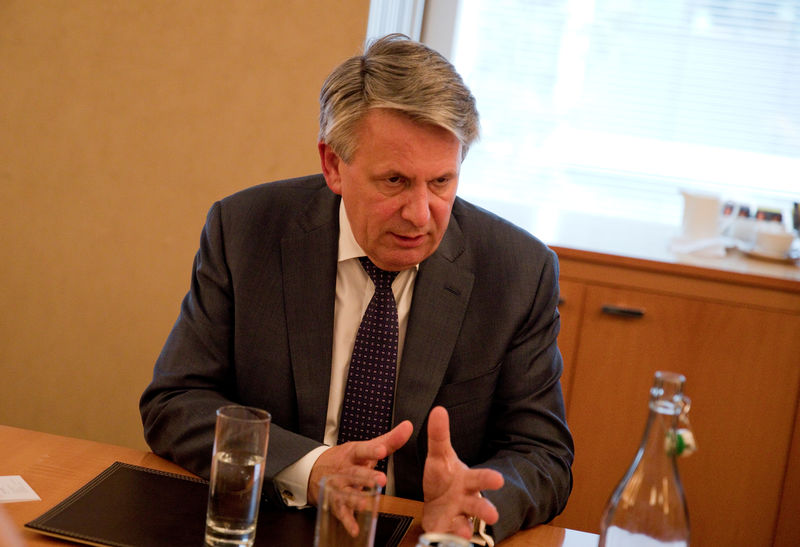 Shell, the world’s second-largest listed oil and gas company, saw its shares close more than 4% lower on Thursday, wiping out $10 billion of its market value. It had earlier reported stronger-than-expected third-quarter profits which were, however, overshadowed by Chief Executive Ben van Beurden’s warning about shareholder returns.

“The prevailing weak macroeconomic conditions and challenging outlook inevitably create uncertainty about the pace of reducing gearing to 25% and completing the share buyback program within the 2020 timeframe,” van Beurden said.

In a call with analysts on Thursday, van Beurden sought to play down the warning, saying Shell still intended to complete the buyback on schedule by the end of 2020.

That did little to ease investor concerns.

“The planned $25 billion share buyback before end-2020 was acknowledged by the CEO as a ‘statement of the obvious.’ We agree but it had a predictable and in our view unnecessary impact,” UBS analyst Jon Rigby said in a note.

Shell, the most profitable oil major in 2018 ahead of larger rival ExxonMobil (N:), has in recent years been many investors’ top pick among the group after the Anglo-Dutch firm cut costs and ramped up commitments for shareholder returns.

Shell plans to boost payouts to investors through dividends and share buybacks to $125 billion between 2021 and 2025.

“We’ve no doubt reiterating our buy on Shell is like talking to the wall today and it’s a blow for one of our 2019 top picks,” Clint said in a note.

BP (LON:) on Tuesday also indicated that its expected dividend boost was now likely to happen next year and not by the end of 2019.

After a decade of weakness, concerns over the ability of the world’s top oil companies to boost shareholder returns compound worries about the sector as investors shun independent oil and gas producers, particularly U.S. shale firms.

Given the economic environment and expected decline in cash generation, Shell will be able to cover its $15 billion dividend commitment from its operations, leaving little room for buybacks and debt reduction, Rats said.