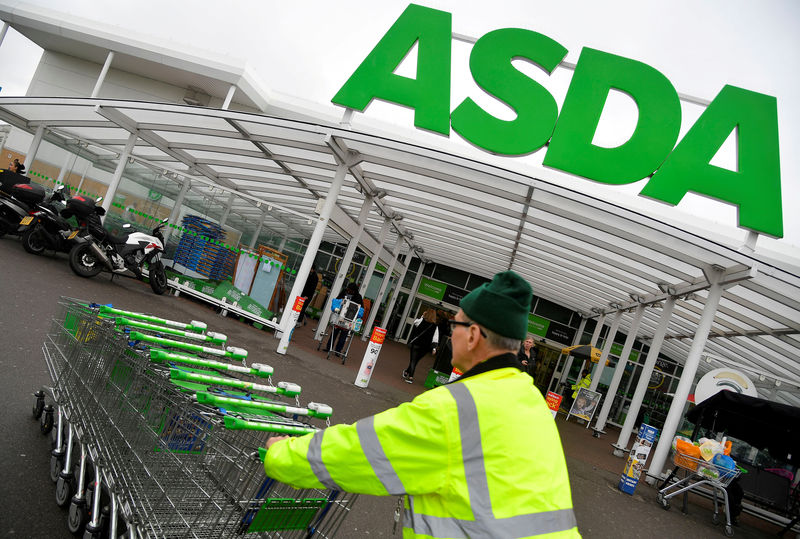 As the Saturday deadline for signing approached, Asda said the workers would have a seven-day “cooling off period” to change their minds before losing their jobs.

Chief Executive Roger Burnley wrote to staff, saying almost 120,000 employees had signed up to the more flexible contract and fewer than 1,000 had not.

“On Saturday, once the closing date has passed, we will write to them again, offering them the opportunity to sign up because we really don’t want any colleague to make a decision to leave and then regret it,” he said.

A spokesman for Asda said any worker who has not signed the contract but turns up for work on Sunday or Monday will be asked again to sign.

All the big four grocers are continuing to lose market share to German-owned discounters Aldi and Lidl, which are aggressively opening new stores.

Asda’s new standardised contracts increase the base rate of pay for retail workers to 9 pounds ($11.64) per hour from Nov. 3 and to 9.18 pounds from April 1 2020, plus premiums, while maintaining benefits including an annual bonus, share save scheme and staff discount.

The new contracts also remove paid breaks and require employees to work across departments and on some bank holidays.

Asda says the new contract represents an investment of more than 80 million pounds and is not a cost-cutting exercise.

The GMB union has called the contracts “draconian”.

In April, Sainsbury’s agreed bid of 7.3 billion pounds for Asda was blocked by Britain’s competition regulator. A month later Walmart said it would instead look at a stock-market listing for Asda and in July Burnley said this could happen in two to three years.