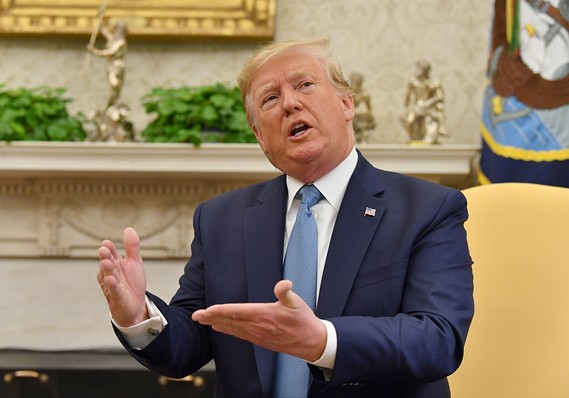 President Donald Trump said October’s jobs number could have been much bigger had a number of adjustments been made.

Markets and economists got an “October surprise” Friday when the government reported a better-than-expected jobs figure. But in a tweet that turned heads, President Donald Trump put a very rosy spin on those numbers.

Wow, a blowout JOBS number just out, adjusted for revisions and the General Motors strike, 303,000. This is far greater than expectations. USA ROCKS!

Larry Kudlow, the head of the National Economic Council, explained Trump’s math during an interview on Fox Business Network.

“That is a blowout number,” Kudlow said. “We’ve seen nothing like it.”

As MarketWatch wrote, employment may have grown by nearly 200,000 absent the GM strike and the end of 20,000 temporary Census jobs.

Yet the 95,000 jobs Kudlow is referring to were added from September and August.

The White House, during any administration, has not previously factored prior month job creation into the current month.