Home
Breaking News
In the Future, We Will All Work in Food Service
Prev Article Next Article 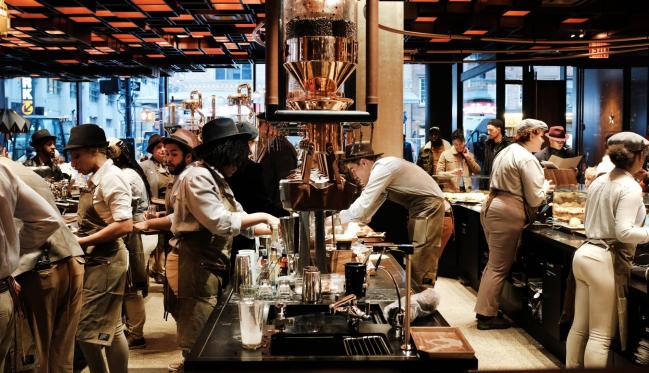 (Bloomberg Opinion) — Of the 128,000 new nonfarm payroll jobs created in October, according to today’s employment report from the Bureau of Labor Statistics, 47,500 were at food services and drinking places. While that 37% share was anomalously high, the sector has been a major driver of job gains for this entire expansion. Of the 20 million new jobs created since employment bottomed out in February 2010, 3 million, or almost 14%, have been at food services and drinking places, much higher than their 8% share of employment. The restaurant employment boom seemed to be fizzling in late 2017, and definitely proceeded at a slower place for most of 2018 and earlier this year. But now it seems to be gaining strength again.

The continued rise of food services employment says something encouraging about the current business cycle. Regardless of some weakness this year in manufacturing and oil and gas, and worries that the longest-ever expansion might finally be fading, Americans in general are still going out for meals and drinks — and restaurant and bar owners are still hiring workers to serve them.

Over the longer haul, the rise of the restaurant tells several different stories, not all of them so encouraging. For example, employment at food services and drinking places hasn’t passed employment in manufacturing yet, but seems destined to overtake it before long.

Food services jobs don’t pay as well as factory jobs or offer as regular hours: average weekly earnings in October were $389 in the former, $1,198 in the latter. Minimum wage laws and other policy efforts may be able to raise that pay somewhat, but there are limits because productivity growth in the sector is so slow. Since 1990, real output per hour worked has risen 10% at food services and drinking places, and 116% in manufacturing. A shift away from making stuff to providing services and experiences is perhaps inevitable in a wealthy, maturing economy, but it does pose challenges for maintaining economic growth and broadly shared prosperity.

The rise of restaurants also signals a change in how we get our food. Overall spending on food has declined a lot as a share of disposable income since the 1920s, according to the U.S. Department of Agriculture. But restaurants have actually been taking a growing share of our paychecks over time, and thanks to them the overall food share has barely budged over the past decade.

This is isn’t just about restaurants, of course. Full-service restaurants remain the biggest employer in the food services sector, with limited-service ones (e.g., fast food and fast casual) a close second, and together they accounted for more than 81% of the food services and drinking places jobs gains since February 2010. But the fastest growth has come at what the North American Industry Classification System refers to as snack and nonalcoholic beverage bars, a category that likely (the BLS never says) includes national chains such as Starbucks (NASDAQ:) and Smoothie King as well as the locally owned coffee shops and juice bars one now finds in virtually every American downtown.(1)

Microbreweries that serve drinks and even food generally aren’t included here, because they’re counted as manufacturers, but they’re clearly part of this phenomenon as well. Employment at breweries, wineries and distilleries was up 103,300, or 144%, from February 2010 through September, and small establishments where customers often show up in person have driven most of those gains.

Feeding and serving drinks to people outside of their home has been a business for an awfully long time, but it also appears to be a major 21st century growth industry.

(1) Data for narrower jobs categories comes out with a one-month lag, which is why this chart only goes to September.