Home
Stocks
The Tell: The world is de-globalizing. Here’s what it may mean for investors.
Prev Article Next Article 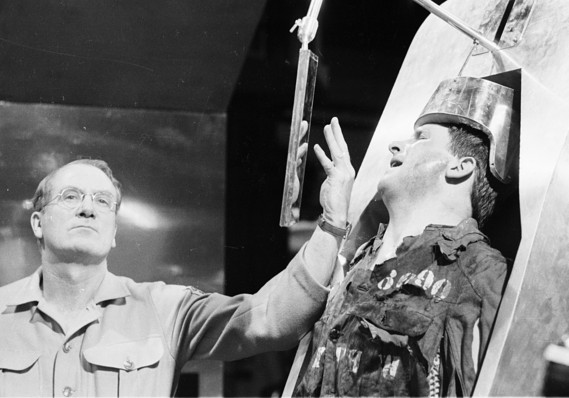 Globalization has peaked, and investors should prepare, but a recent analysis makes clear there are several possible paths forward, each with very different implications for markets and world economies. There may be less nuance when it comes to asset classes, however.

It’s important to note, as Capital Economics analysts do, that this isn’t the first time globalization has peaked. We’re currently in what many analysts call the “third wave,” which started in the early 1990s and gathered force thanks to the rise of the internet and digital technologies, as well as shifts in global supply chains.

The previous two waves ended differently: after World War I, the world moved away from integration. The most recent wave ended in a period of stasis in the 1970s and 1980s. What will happen now? There are various scenarios, Capital Economics writes, “including the break-up of the world economy into competing regional blocs or the widespread imposition of tariffs between individual countries.”

Most likely outcomes are “negative, but manageable,” they say. According to their estimates, a global trade war in which every country levied import tariffs of 25% would decrease global GDP by 4% by 2030, an outcome they call “significant, but not devastating.”

The first, which it calls the world’s “natural limits,” is essentially neutral for worldwide business and markets, though some countries – richer ones, mostly – will surely do better than others. “The world economy would simply be responding to changing technology and consumer preferences rather than being saddled with policy-driven barriers to trade and investment,” Capital Economics analyst Andrew Kenningham notes.

The second scenario is an all-out global trade war, an idea that might seem far-fetched but for the intensifying U.S.-China spat. Again, there would be winners – Kenningham cites the U.S., Brazil, and Japan as examples of countries that are less trade-oriented – and losers, such as more trade-dependent states like the Netherlands, Switzerland and Sweden.

Related: Here’s how to play the trade war with ETFs

A more benign form of regionalism might be the least damaging outcome possible, since, as the economists point out, most trade is already conducted between regional partners.

A more extreme version is eerily reminiscent of the world imagined by George Orwell in Nineteen Eighty-Four, in which the world fractures into two, or even three, spheres of influence: one bloc led by the U.S., one by China, and possibly one by Europe.

Big Brother aside, “Extreme Regionalization” could have several destructive outcomes: crackdowns on foreign investment, financial sanctions and travel restrictions, a frozen payment system, less competition and technology transfer, and even a more severe form of “Splinternet,” the dividing and blocking of information on the internet, than we’re seeing now.

Capital Economics analysts offer this explanation: In any scenario other than one in which the world seems to have reached its “natural limits” for globalization, lower demand will likely keep downward pressure on interest rates and inflation.

“Lower interest rates and inflation would also be good for equities,” they said. “However, we think that the net effect on equities would still be negative, because output growth in general, and the profit share in advanced economies, would decline. Equities could also suffer from greater risk aversion.”

See: 800,000 factory jobs were lost to Chinese imports, but the U.S. is better off, researchers say