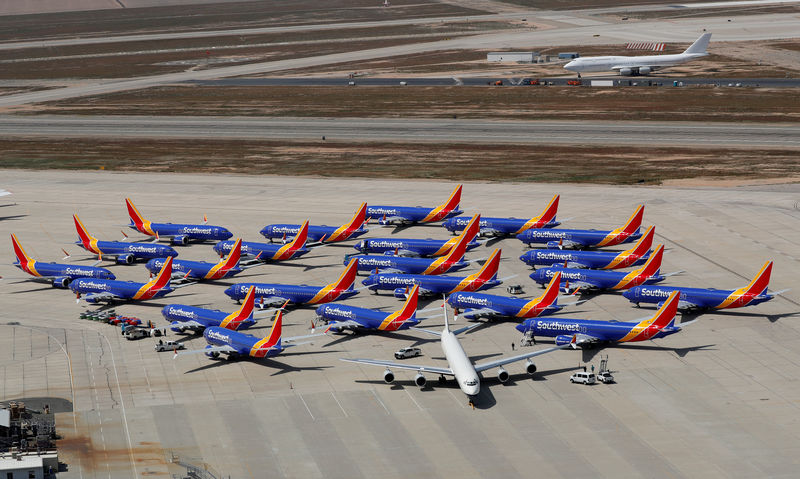 CHICAGO (Reuters) – Unions representing flight attendants at the three U.S. airlines that operate Boeing Co’s (N:) 737 MAX said they are more reluctant to support the grounded jet’s return after Congressional hearings this week on its development.

“As the worlds’ largest group of flight attendants on the 737 MAX, we need to be confident that it has been proven to be of the highest safety standards,” Chad Kleibscheidel of the Southwest flight attendants union said.

Southwest is the world’s largest 737 MAX operator and has over 15,000 flight attendants trained to fly the aircraft.

“The emails, the testimony… it all leads to more questions than answers,” Kleibscheidel said in reference to Boeing Chief Executive Dennis Muilenburg’s two-day testimony this week in Washington, which addressed employee memos about the aircraft’s safety before it was certified in 2017.

Sara Nelson, president of the Association of Flight Attendants-CWA, which represents flight attendants at 20 airlines including United, said: “This week took a step backward in this process, not forward.”

Southwest and United executives have told Reuters that flight attendants – along with pilots, call center agents and gate agents – will play a key role in defending the jet to passengers once it is approved to fly again.

U.S. flight attendants were among the groups that called for the Federal Aviation Administration to ground the 737 MAX after an Ethiopian Airlines jet nose-dived after taking off from Addis Ababa on March 10, five months after a similar crash on a Lion Air flight in Indonesia. The two crashes killed 346 people.

Southwest, United and American are scheduling without the 737 MAX into early next year as the plane approaches a nine-month grounding, causing thousands of canceled flights for each airline and a hit to profits.

Southwest pilots have sued Boeing for lost wages during the grounding.

“Flight attendants have taken a big hit to their salaries too,” said Kleibscheidel, who is first vice president of the Southwest flight attendants union, Transport Workers Local 556 .

“People have bills to pay and mouths to feed. No planes, no pay.”