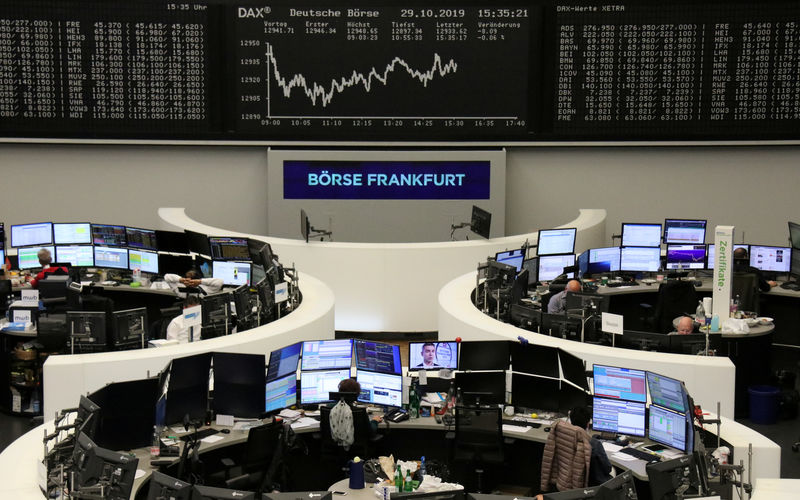 (Reuters) – European shares started the week on a strong footing on Monday, powered by gains in shares of automakers and miners and signs of a warm tone to U.S.-China trade talks over the weekend.

The United States and China late on Friday said they had made progress in talks aimed at defusing a nearly 16-month-long trade war that has harmed the global economy, and U.S. officials said a deal could be signed this month.

That helped push the tariff-exposed European autos sector () up 2%, the biggest gain of the market’s main sub-sectors. Miners () rose 1.5%.

Trade-sensitive Frankfurt shares () rose 0.7%, also helped by a 6% gain for Siemens Healthineers (DE:) after it said it expected strong growth to continue next year following a better-than-expected fourth quarter.

Purchasing manager surveys from across the euro zone are due later on Monday.