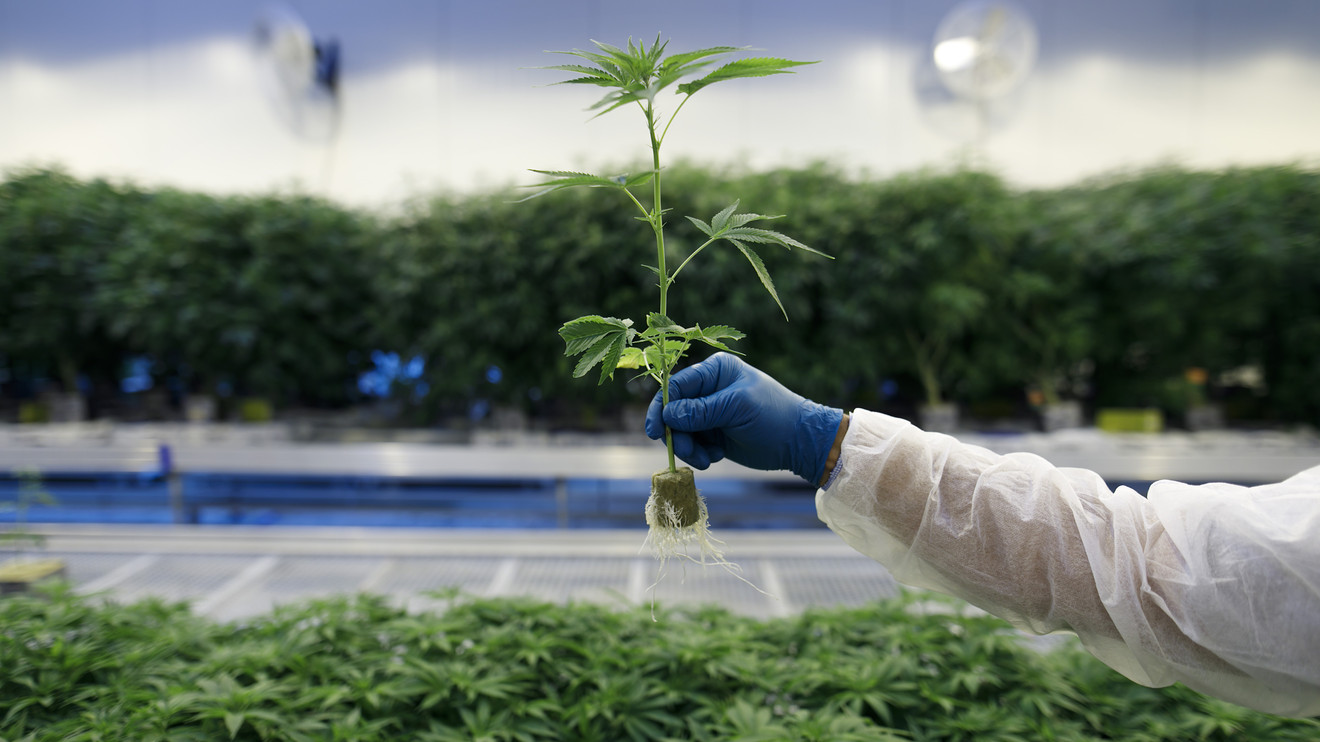 When Canadian cannabis company Cronos Group Inc. bought U.S. CBD startup Lord Jones for $300 million, the deal was noteworthy for two reasons: (1.) that the acquisition price was equal to 75 to 150 times the young company’s 2018 revenue of between $2 million and $4 million, according to a person familiar with the matter, and (2.) that a fund co-founded by Cronos’s CEO and a longtime director stood to collect 40% of the purchase price, including more than $20 million in fees.

Cronos CRON, +0.12% CRON, +0.09%, one of Canada’s five biggest licensed cannabis producers, announced the acquisition of the 2-year-old startup in August.

As cannabis market leader Canopy Growth Corp. has attracted a $4 billion investment from beer, wine and spirits giant Constellation Brands STZ, +1.41%, Cronos has a $1.8 billion investment from tobacco company Altria Group Inc. MO, +0.68%, arming it with a war chest to fund acquisitions and grow its business. Altria paid that sum to acquire a 45% stake in Cronos along with warrants that, if exercised, would raise that stake to 55%. The investment, made in December of 2018, gave Altria an exclusive partnership in the cannabis sector just months after Canada fully legalized weed.

Cronos’ CEO, Michael Gorenstein, and board member Jason Adler also have a private-equity firm called Gotham Green Partners that paid $12.8 million for a 40% stake in Lord Jones, according to a document reviewed by MarketWatch. Gotham Green used the document as what a cannabis industry investor described as a “pitch deck” for potential investors in one of its funds. Gotham Green stood to make $21 million in fees, based on the management-fee structure outlined in the document, from a $107.2 million profit on the increase in value of Lord Jones shares. Gorenstein and Adler recused themselves from the negotiations, which were conducted by a special committee, the majority of which were Altria appointees, according to a filing with the Canadian regulator.

According to another filing with Canadian regulators, Gotham Green’s Goreinstein disclosed receiving roughly $23 million in Cronos stock — 40% of the stock included in the deal, which was $225 million in cash and $75 million in stock — identifying it as “related to an acquisition or disposition pursuant to a takeover bid or acquisition” on Sept. 5, the day the Lord Jones acquisition closed.

“In connection with the transaction Gotham Green will receive consideration commensurate with its ownership stake in Redwood,” Cronos spokeswoman Anna Shlimak wrote in an email to MarketWatch. “Like all general partners in Gotham Green, Mike Gorenstein will be compensated accordingly.”

Lord Jones sold $2 million to $4 million in CBD products in 2018, according to a person familiar with Lord Jones’s revenue, which would mean the deal was worth 75 to 150 times the startup’s annual revenue for the most recently completed year. Cronos has not released financial information about Lord Jones and did not comment on its revenue.

Lord Jones — founded in 2017 by California married couple Robert Rosenheck and Cindy Capobianco — approached Cronos for the sale, after its co-founders decided that it needed a partner to expand the business, a Cronos spokeswoman said in an email to MarketWatch.

For more: Cronos CEO on Altria deal, weed drinks and the rise of CBD

The special committee negotiated the deal and voted unanimously in favor of it, according to Cronos. Altria signed off on the transaction, as is required of any deal in which Cronos engages that is valued at more than C$100 million ($76.6 million), according to the company’s rights agreement.

“We believe that with this investment Cronos is well-positioned in the rapidly growing U.S. hemp-based CBD products category,” Altria spokesman George Parman said in an email message. Altria declined to comment on the multiple, referring questions to Cronos, which declined to comment.

Lord Jones sells CBD products such as beauty and skin-care products, tinctures and edibles abroad and in the U.S., at such retail outlets as Sephora and the Standard Hotel, according to the document.

See also: Three things you need to know about CBD

The price Cronos agreed to pay for Lord Jones appears higher than the valuations other investors have granted larger companies interested or involved in the CBD-products business. Tilray Inc. TLRY, +1.90% bought hemp-products maker Manitoba Harvest for up to C$419 million, with plans to launch a line of CBD products. Manitoba Harvest has a mature hemp business with C$94 million in 2018 revenue, resulting in a narrower price-to-revenue multiple than Lord Jones’s apparent valuation on this basis.

Charlotte’s Web Holdings Inc. CWBHF, -2.42% CWEB, -1.89% is the largest CBD-focused public company by market value at $1.25 billion, roughly 18 times its 2018 sales of $69.5 million. PI Financial analyst Jason Zandberg said companies that are focused on CBD, such as Charlotte’s Web, in general trade at higher multiples versus their counterparts involved in marijuana.

Zandberg wrote in an email that current sales multiples for U.S. cannabis companies are 2.7 times full year 2020 revenue for the largest marijuana companies, 1.4 times sales for mid-size weed businesses and 0.9 times revenue for the smallest. Private companies are typically discounted 40% to 50% versus public revenue multiples, “but in the current selloff that discount has narrowed (hard to put an exact figure given the lack of data points),” Zandberg wrote.

According to CB Insights, a “reasonable” multiple for an acquisition in consumer packaged goods is roughly three times revenue.

In an email, Cronos spokesman Shlimak told MarketWatch that “the multiple Cronos Group paid is consistent with similar transactions that have been announced in our space and aligned with relevant publicly traded cannabinoid/CBD peers.”

Beyond Cronos and Lord Jones, Gotham Green has spread more than $350 million across the cannabis sector, according to the document reviewed by MarketWatch, investing in a range of public and private companies involved in biotechnology, branded products, hardware, CBD, hemp, cultivation supply, retail, vertically integrated companies, lab testing, distribution, software and e-commerce, technology. Gotham Green did not return an emailed request for comment.d

In the pitch deck, Gotham Green describes itself as a private-equity or venture-capital firm established in 2017 to “capitalize on market inefficiencies and the absence of traditional funding sources across the global cannabis industry.” The firm’s most recent investment vehicle has raised $215 million of a targeted $300 million, and deployed $93 million as of August. As part of its investment in Lord Jones, Gotham Green gained two board seats at Lord Jones and offered “critical input into governance and business growth objectives.”

The document MarketWatch reviewed do not name or describe Gorenstein as involved with Gotham Green, but Cronos filings say he is a co-founder and “member” of the investment firm. The document describes Adler as the founder and managing member of Gotham Green and the “chief architect” of Cronos. Adler did not return emails seeking comment.

The co-founders of Gotham Green “orchestrated the takeover, corporate reconstitution and operational overhaul of Cronos Group Inc., which served as the predecessor to the formation of Gotham Green Partners,” according to the document.

CBD is a nonintoxicating compound found in the cannabis plant that is widely believed to have wellness properties. Canadian cannabis companies are hoping the substance may give them an early pathway into the American market, where cannabis remains illegal at the federal level.

But CBD is used by GW Pharmaceuticals PLC GWPH, +0.03% in its Epidiolex, a treatment for certain forms of epilepsy, and the U.S. Food and Drug Administration categorizes it as a drug. The FDA has said companies are not allowed to add CBD to food or drinks or to make health claims, as the agency works to come up with a regulatory framework.

“Before [CBD companies] have a big run in sales, the air needs to clear,” Zandberg said.

CBD is nonetheless showing up in a host of consumer products such as protein powders, bath salts, makeup and even jelly beans. Though many scientists are unsure of exactly what, if any, the benefits are, U.S. sales of CBD products may pass $1 billion this year and $10 billion in 2024, according to a forecast for Hemp Industry Daily.