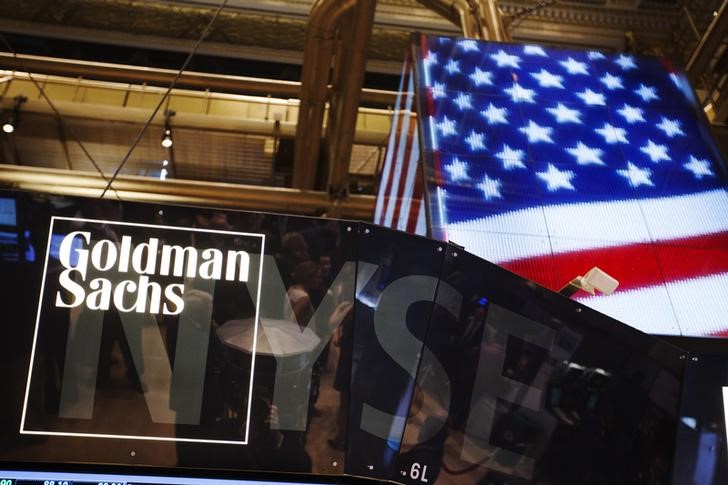 (Bloomberg) — The S&P 500 may be trading at record highs, but Goldman Sachs Group Inc (NYSE:). is telling its rich clients that U.S. stocks still reign supreme among assets.

“The main returns in our view still come from having an overweight to U.S. equities,” Silvia Ardagna, managing director in the investment strategy group within Goldman Sachs Private Wealth Management, said in an interview in London. “The U.S. has the prominence over others.”

The reason is simple, according to the Goldman unit, which manages about $500 billion. With global growth slowing and Germany slipping into a technical recession, the U.S. economy is looking more robust in the medium-term compared to other countries. And this may just be the case as U.S. payrolls on Friday showed surprising resilience in October, validating the Federal Reserve’s signal to pause rate cuts.

The progress in U.S.-China trade talks is making high-net-worth clients more keen to put their cash to work, Ardagna said. And the facts back this up as risk assets are becoming more popular, with $6.1 billion going into global stock funds in the week through Oct. 30. That was after weeks of redemptions when U.S. equity funds lost about $58 billion since the start of the year, according to Bank of America Corp (NYSE:). and EPFR Global data.

“The de-escalation of trade tensions between the U.S. and China has triggered the question whether investors have been too negative and there could be some positive surprises,” said Ardagna, a former associate professor at Harvard University. “If we get better economic data and there’s a stabilization in the manufacturing and the services sector remains robust, this rally can clearly extend.”

Many fund managers have chosen to sit out this year’s rally in equities and hide in cash or bonds amid fears that global growth is stalling and the decade-long bull market is nearing its end. Whereas Friday’s jobs data were reassuring, trade tensions can reemerge at any moment. On Thursday, Bloomberg reported that Chinese officials were casting doubts about reaching a comprehensive long-term trade deal with the U.S.

Yet, on Monday, stocks around the world rallied after the two nations signaled further progress toward a breakthrough in discussions.

Goldman Private Wealth Management’s preference for U.S. equities also comes amid an array of challenges haunting European stocks, including Germany’s recession. The team is neutral U.K. assets because of political uncertainty, and Ardagna says that even Brexit’s resolution wouldn’t be enough for investors to stop being skeptical about Europe unless economic growth picks up.

But there are a few exceptions to the asset manager’s wariness of European equities. Euro-zone bank stocks make the cut because of low valuations and improved fundamentals and it’s overweight on Spanish stocks because of their pricing and as domestic growth outpaces the region.

“We expect the data to hold up well in the U.S.,” Ardagna said. “If the 2% growth in the U.S. gets validated by high-frequency data for the fourth quarter, the market will digest well the Fed’s message that they’ll be less aggressive in their rate cuts going forward.”