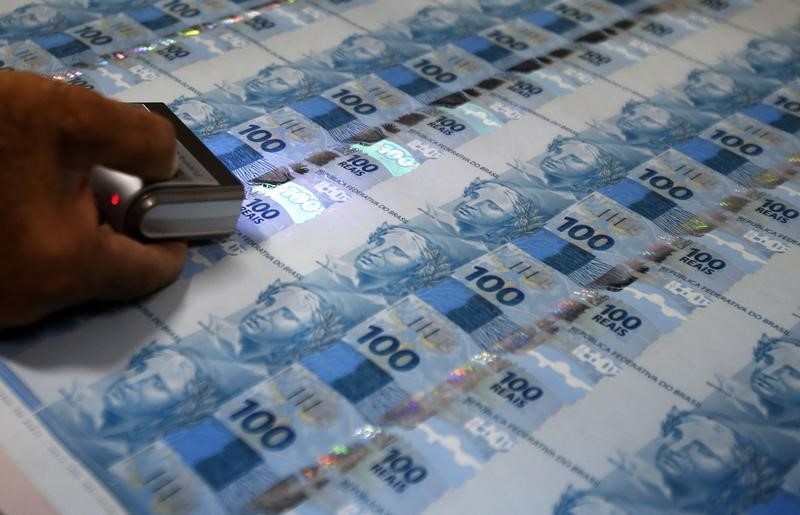 The bank has seen deposits skyrocket in recent years but remains a relative bit player in Latin America’s largest economy.

It is hoping the app will lure more clients and encourage more of them to borrow, said João Vitor Menin, the scion of a prominent Brazilian real estate family who reinvented the traditional mortgage bank into a tech-heavy lender five years ago.

The 25-year-old bank’s push to launch an app that lets customers book movie tickets and hotels will test its belief that Brazilian consumers are hungry for a one-stop shop on their smartphones similar to “super apps” that have proliferated in Asia – including some also backed by SoftBank Group Corp.

“It is uncertain if super apps will prevail in Brazil, but it may speed up Inter’s profitability,” Tatiana Brandt, an analyst at research firm Eleven Financial said in an interview, adding she thinks that a lot of potential growth is already priced into the stock.

The lender, in which SoftBank bought a 14.9% stake earlier this year for roughly 1.5 billion reais ($370 million), represents the Japanese conglomerate’s second-largest Latin America bet and its sole publicly traded business in the region after Colombian delivery app Rappi.

Its shares surged as much as 75% in the weeks following SoftBank’s initial investment in July. But since then they have trimmed those gains by about two-thirds.

Although Banco Inter has just 6.8 billion reais ($1.67 billion) in assets, its free checking accounts – a relative novelty in a country where most bank accounts incur substantial fees – had lured 3.3 million clients by the end of September.

Although Banco Inter is one of the few financial startups that manages to turn a profit, it still makes money the old-fashioned way, by extending loans to consumers as opposed to offering financial innovations distinct from traditional banks.

The bank is hoping to grow its loan book further by getting more of its depositors to borrow, Menin said. The bank estimates it had a 2% market share in the country’s number of clients, while its market share in loans was 0.2% in June.

A partnership with a card processing firm to be forged in January is also likely to bring as clients small enterprises, he said.

Once the new app is launched later this month, Banco Inter also expects to widen an existing cash back program to lure more customers under which it shares commissions from third party vendors such as supermarket chain Carrefour (PA:) Brasil.

Bank clients in Brazil are mostly focused on getting access to credit, said Banco BTG Pactual analyst Thiago Kapulskis, but he said the new app could provide a fresh revenue stream.

“Brazil has a large number of mobile phones, but many devices have low memory,” he said. “So a super app may make sense, as people may seek only one-app-for-all-things.”

“While client growth has been impressive, the company’s ability to monetize clients is not evident,” Morgan Stanley (NYSE:) analyst Jorge Kuri said in a note, commenting on the bank’s second-quarter results. “Expenses are still growing significantly faster than revenues.”

The app’s multifunctional nature recalls that of several Asian startups including India’s top digital payments firm Paytm, whose executives have sat down at least once in a meeting with Banco Inter brokered by SoftBank, their common investor.

Menin expressed optimism about consumer acceptance given what he described as Brazilians’ fondness for new technologies. But it remains unclear whether super apps will catch on as widely in the Americas as they have in Asia, where many people gravitate to a single app to deal with everyday tasks from messaging to social media to shopping.

Many such platforms, like Tencent’s Wechat and Alibaba-backed Alipay, have emerged as challengers to traditional banks by providing financial services.

The app launch means that – at least in Brazil – Banco Inter will be taking on delivery app Rappi, SoftBank’s largest investment in Latin America, which is already offers a range of services including rudimentary banking.