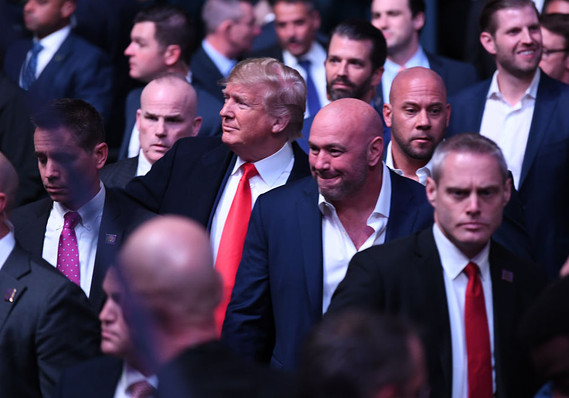 If President Trump, after getting booed at the World Series, was looking for some crowd love at the UFC 244 event over the weekend, he better keep looking.

That sound you hear is @realDonaldTrump getting booed at #UFC244 pic.twitter.com/oklkQzGMpk

The raucous — and mostly chilly — reception at Madison Square Garden on Saturday captured the vast political divide in the country, and UFC President Dana White, a longtime “Trump guy,” shared his thoughts in the aftermath of the big night.

‘There’s this craziness going on politically right now… if you’re a Trump guy you don’t like certain types of people… there’s a lot of bullshit in that. The country is in a crazy place with all that.’

He’s not wrong about that.

White went on to say he doesn’t surround himself with people who only agree with him politically, pointing to actor Michael Rappoport and rapper Snoop Dogg as two Trump haters that he considers close friends.

White explained he had dinner at the White House Thursday — his fourth time as a dinner guest — and that’s when Trump told him he’d be attending.

“I was like ‘Oh my god! That’s going to be a rough one!” White said. “Why don’t we do Vegas on the 14th (December)? And New York was the only one that he could do, so he came tonight.”