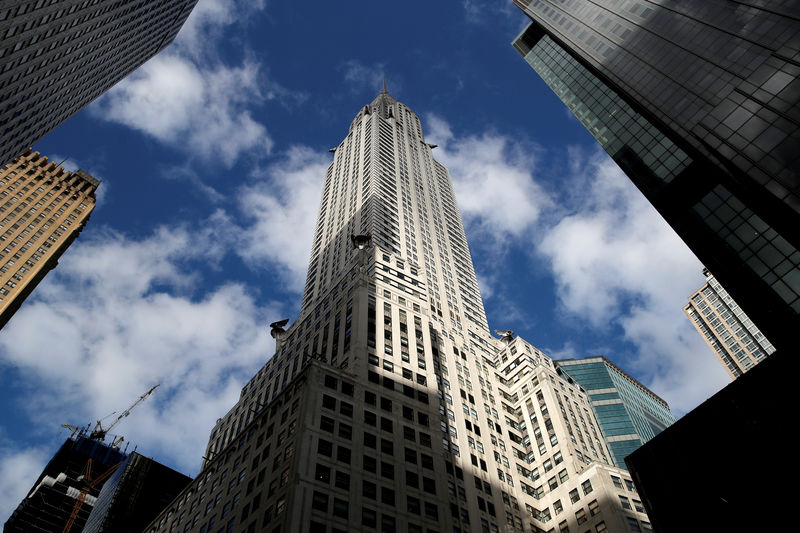 BERLIN (Reuters) – Austrian investor Rene Benko, whose Signa Holding bought half of New York’s Chrysler Building earlier this year, is looking for more opportunities in the United States, he said on Monday.

“We want to invest more intensely in the U.S. in the next two years,” Benko told an event in Berlin, adding that part of the motive for seeking to build up a second base alongside his European portfolio was to diversify his currency exposure.

Benko bought the Chrysler Building – an art-deco tower which is considered a crown jewel of the city’s skyline – in partnership with property firm RFR Holding LLC for about $150 million, Signa’s debut in the U.S. property sector.

Founded by Benko in 1999, the value of Signa’s real estate assets will exceed 20 billion euros ($22 billion) by the end of the year, including landmark buildings like Berlin’s KaDeWe department store and Vienna’s Goldenes Quartier.

Signa said in September it had raised 700 million euros in new funds from existing investors and was planning a 500 million euro capital increase to give it liquidity reserves of more than 1 billion euros for future acquisitions.

Benko has diversified into retail in the past few years, buying German department stores Kaufhof and Karstadt and merging them into Europe’s second biggest department store chain.

Benko said he was upbeat about the prospects for city center real estate despite ecommerce players taking sales from bricks-and-mortar stores, because people still come downtown to eat, work and enjoy cultural offerings, as well as shop.

“We are optimistic that inner cities will flourish in the next few years,” he said, adding he was no longer investing in shopping malls to focus instead on inner cities.

Signa is working hard to improve the online offering of Kaufhof and Karstadt, Benko said, noting that only a small proportion of the 1.7 million articles on sale in store were currently available online.

About 1 billion euros of Signa’s 7.5 billion in retail revenues come from ecommerce and Benko wants to grow that, particularly if stores and websites work better together, for example allowing goods to be shipped from stores to home.

However, he expects ecommerce to face increasing hurdles as cities push back against the congestion caused by delivery vans and as concerns mount about the environmental impact of packaging and returns of unwanted goods ordered online.

“If the volume of online trade keeps doubling there is a natural barrier,” he said.