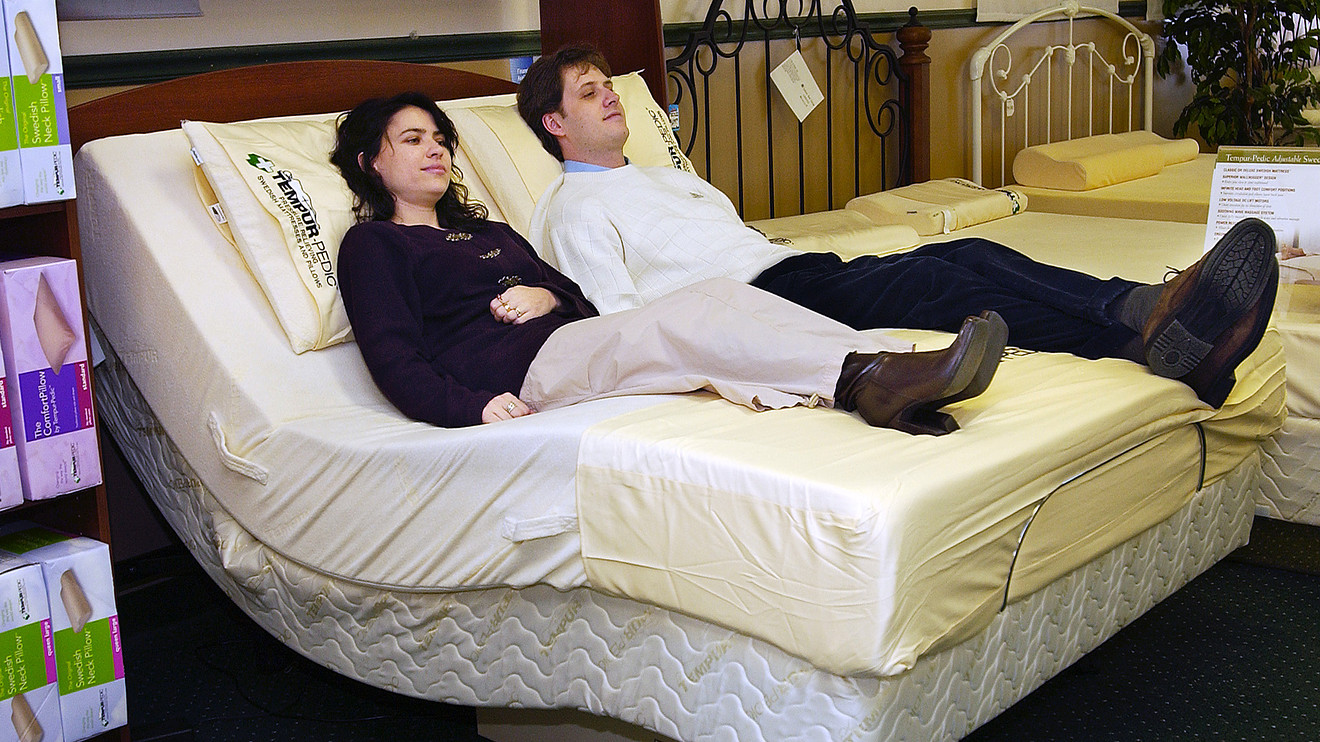 Tempur Sealy International Inc. reported third-quarter earnings and sales that beat expectations, which has got analysts optimistic about what’s to come once the results start rolling in from new retail partnerships with Big Lots Inc. and Mattress Firm.

“The encouraging aspect of the results is that the strength in the results is not necessarily being driven by new business with Big Lots BIG, +1.86%   and Mattress Firm, but with existing retailers in the wholesale channel and good results in the direct-to-consumer channel,” wrote Stifel analysts.

“Clearly Tempur-Pedic and Sealy (and Sterns & Foster) are all taking meaningful share from the industry, which we believe was likely still down year-over-year.”

Tempur-Pedic, Sealy and Sterns & Foster are all part of the Tempur Sealy TPX, -3.29%   portfolio.

Read: Wayfair says tariffs have raised prices and held back shoppers but analysts aren’t buying it

Stifel rates Tempur Sealy shares buy and raised its price target to $105 from $90.

Tempur Sealy reported adjusted earnings per share of $1.30 on Thursday, beating the FactSet consensus for $1.14, and sales of $821 million, ahead of the FactSet outlook for $797 million.

“During this quarter, we completed the rollout of Sealy products at Big Lots, and subsequent to the end of the quarter, we began shipping products to Mattress Firm,” said Tempur Sealy Chief Executive Scott Thompson on the earnings call, according to a FactSet transcript. Rather than contributing to earnings, Thompson said there were actually $5 million in “inefficiencies” as quality control measures and staffing ramped up.

Tempur Sealy announced in June that it was adding 700 new jobs to meet the demands of the new partnerships.

Thompson spoke with MarketWatch after the earnings call, using the results to highlight the resiliency of traditional mattress companies in the face of what he considers the hype of startups like Casper.

“Newcomers make a lot of noise in the marketplace so it looks to the press that they’re significant,” Thompson told MarketWatch. “But they’re small.”

According to a note published Oct. 7 by KeyBanc Capital Markets, Casper has raised another $100 million in March 2019 at a $1.1 billion valuation, “remaining the most capitalized emerging mattress brand.”

KeyBanc says Casper, along with Nectar and Purple, have taken “significant share in recent years.”

Thompson maintains that these newcomers are “disruptive with the facts.”

“The pushback and tension is they make noise about disrupting an industry, but the traditional companies are doing well,” he said.

The deal with Big Lots puts Tempur Sealy’s entry-level product in 1,400 stores across the nation. With the company’s various distribution channels, including direct-to-consumer, they’re “outperforming the disrupters.”

Casper lists “The Casper” as its most popular mattress, and “the one that started it all.” It was priced starting at $896 for a queen size on Monday afternoon.

The Sealy website has a couple of “essential” mattresses starting at $499 for a queen size, as well as a “Sealy Express” for $399, but most mattresses are priced higher.

Tempur-Pedic mattresses can run as high as $4,300.

And: Climate change will break the housing market, says David Burt, who predicted the 2008 financial crisis

Thompson said that “generally” the customer just looking for any kind of bed isn’t their customer.

“Those are probably people who would buy on Amazon, Wayfair, or Casper,” he said.

“Tempur Sealy continues to do well with new products (particularly the new Tempur line and its new Breeze models), while winning incremental floor space with retailers. With a new Mattress Firm agreement now signed, we see revenue and EPS accelerating into 2020, and believe management has taken a conservative view in its guidance for $75 million to $100 million of incremental Ebitda from several new account wins.”

Don’t miss: The next six months will be ‘golden’ for home builder stocks, analysts say

KeyBanc rates Tempur Sealy stock overweight and raised its price target to $105 from $95.

And SunTrust Robinson Humphrey raised its Tempur Sealy price target to $90 from $78. Analysts there rate the stock hold.