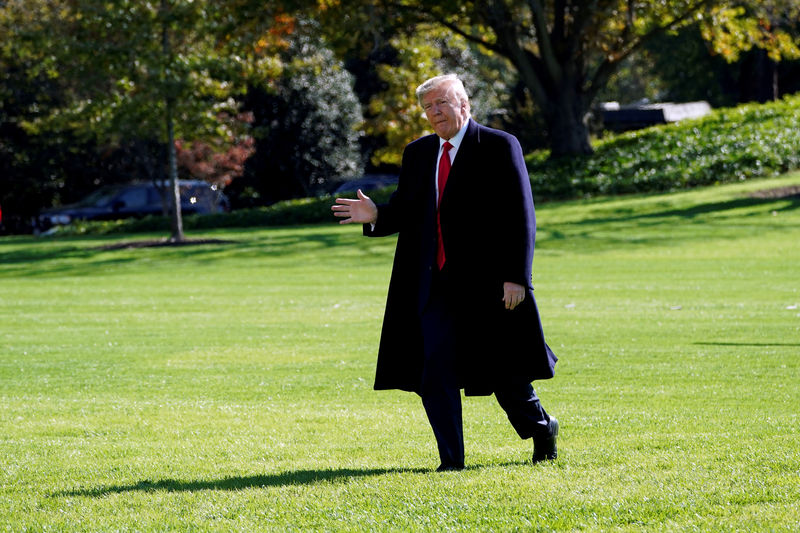 NEW YORK (Reuters) – President Donald Trump’s longtime accounting firm must hand over eight years of his tax returns to New York prosecutors, a U.S. appeals court ruled Monday in the latest setback for Trump in his tenacious efforts to keep his finances secret.

The ruling by a unanimous three-judge panel of the New York-based 2nd U.S. Circuit Court of Appeals backed the ability of prosecutors to enforce a subpoena for the returns against accounting firm Mazars LLP. Jay Sekulow, a lawyer for Trump, said the Republican president will appeal the ruling to the U.S. Supreme Court, whose 5-4 conservative majority includes two justices appointed by Trump.

The office of Manhattan District Attorney Cyrus Vance, a Democrat, is seeking the returns as part of a criminal investigation into Trump and his family real estate business. The scope of that probe is not publicly known.

The 2nd Circuit did not decide whether Trump is immune from being charged with a state crime while in office, as the president has argued. However, it found that even if he is, the immunity could not stop Vance from getting the returns from a third party, or from prosecuting him once he leaves office.

It would “exact a heavy toll on our criminal justice system to prohibit a state from even investigating potential crimes committed by him for potential later prosecution,” 2nd Circuit Chief Judge Robert Katzmann wrote in the ruling.

Vance’s office has agreed not to enforce the subpoena while Trump petitions the Supreme Court. Under the agreement, Trump has 10 business days to file the petition.

Trump, who built a real estate empire with his New York-based business before becoming president, separately faces an impeachment inquiry in the Democratic-led U.S. House of Representatives.

Trump has refused to make his tax returns public, breaking with a decades-old tradition of U.S. presidential candidates releasing their returns during campaigns and presidents disclosing them while in office. More broadly, Trump has fought efforts by Democrats in Congress and others to obtain information about his finances and a range of other matters.

In a similar dispute, Treasury Secretary Steven Mnuchin in May refused to release Trump’s tax returns to a House committee, saying the request was not based on “a legitimate legislative purpose.” The House then sued the Treasury Department and the Internal Revenue Service in July to try to get access to the tax records. The U.S. Court of Appeals for the District of Columbia Circuit on Oct. 11 ruled in favor of the House bid to obtain Trump’s financial records from Mazars.

In August, Vance subpoenaed Trump’s personal and corporate tax returns from 2011 to 2018, and other records from Mazars USA, the president’s longtime accounting firm. Trump sued Vance’s office in Manhattan federal court to try to block the subpoena, arguing that as a sitting president, he cannot be subject to criminal investigation.

Arguing before the appeals court on Oct. 23, a lawyer for Trump made the claim of immunity more explicit, saying state authorities would be powerless to act against the president even if he shot someone on the street unless he were removed from office first.

Katzmann wrote in Monday’s order that the extent of the president’s immunity was irrelevant to the case.

“The subpoena at issue is directed not to the President, but to his accountants; compliance does not require the President to do anything at all,” Katzmann wrote.

A spokesman for Vance declined to comment on the ruling.

Trump filed his own lawsuit in July seeking to block the House Ways and Means Committee from invoking a New York law that allows it to request his state tax returns. That case remains pending.

The House impeachment inquiry focuses on the president’s request in a July phone call for Ukrainian President Volodymyr Zelenskiy to investigate a domestic political rival, Joe Biden, the former vice president and a top contender for the 2020 Democratic presidential nomination to face Trump.