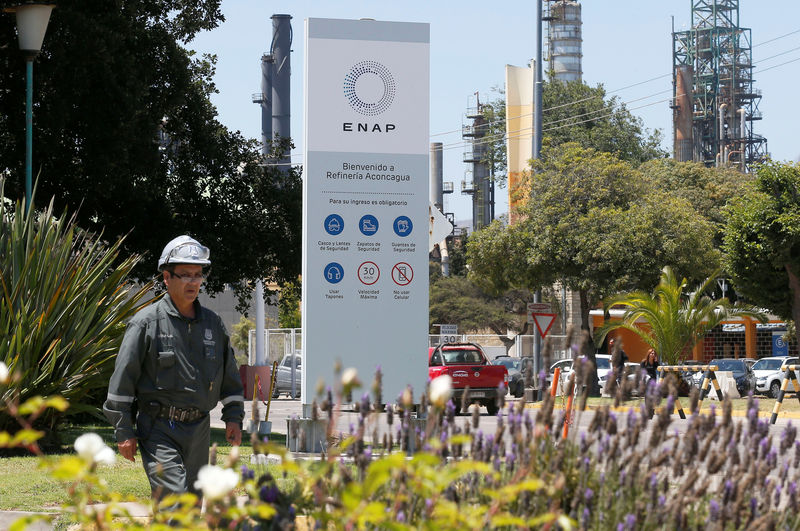 SANTIAGO (Reuters) – A union representing workers at Chile’s state oil company ENAP [ENAP.UL], the country’s main fuel importer, on Monday threatened a stoppage in support of a wave of social protests that have shaken the country in recent weeks.

Rumors of a strike began to circulate on social media at the weekend with an audio recording purportedly of the union’s president Iván Montes announcing the strike and warning that Chile, which imports all of its fuel, would run dry within five days.

On Monday the ENAP Petrox union, which represents workers at the company’s refinery in southern Bio Bio province, said in a Facebook (NASDAQ:) post that its members would strike.

In the declaration, the union said that following a meeting of its members, “the intention to carry out a production strike has been ratified, within the framework of the social mobilizations that began more than two weeks ago in our country”.

The statement did not specify when or for how long the strike would last.

ENAP said in a statement that it was “unacceptable to incite the paralysis of the operations for a vital public service” and that it would continue working to maintain operational continuity.