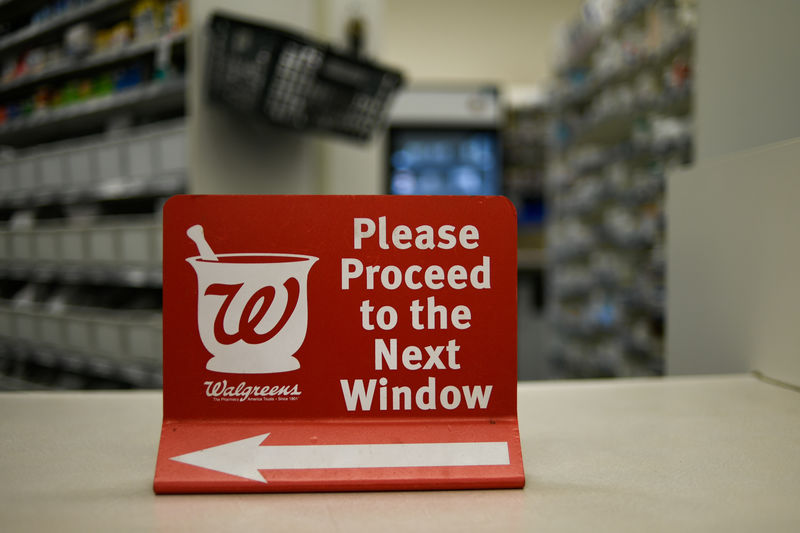 © Reuters. A sign rests on a counter at a Walgreens pharmacy store in Austin, Texas

By Greg Roumeliotis and Mike Spector

(Reuters) – Walgreens Boots Alliance Inc (O:) has been exploring whether to go private following private equity interest in the U.S drug store chain, according to people familiar with the matter.

In recent months, Walgreens has held preliminary discussions with some of the world’s largest private equity firms about putting together what would be the biggest ever leveraged buyout, the sources said. Walgreens has a market value of $55 billion, and its debt at the end of August totaled $17 billion.

Walgreens has tasked investment bank Evercore Partners Inc (N:) with exploring whether a deal can be put together, the sources said, cautioning that a deal is far from certain.

Many private equity firms have pushed back on the idea, concerned about Walgreens’ business prospects and the challenges of financing the deal, the sources added.

A leveraged buyout of Walgreens would likely require the participation of several private equity firms, each writing large checks, at a time when many of them have lost their appetite for teaming together on so-called club deals. Many of those takeovers were completed during a boom preceding the 2008 financial crisis and subsequently struggled or collapsed.

Walgreens Chief Executive Stefano Pessina, who is the company’s largest shareholder with a 16% stake, could roll his equity into the deal to help finance the transaction, one of the sources said.

Walgreens has also contemplated divesting some of its assets, such as its 27% stake in drug wholesaler AmerisourceBergen Corp (N:), to provide more funding, one of the sources added.

The sources asked not to be identified because the matter is confidential. Walgreens declined to comment, while Evercore did not immediately respond to a request for comment.